Commentary: Why a Republican won’t beat Trump in 2020 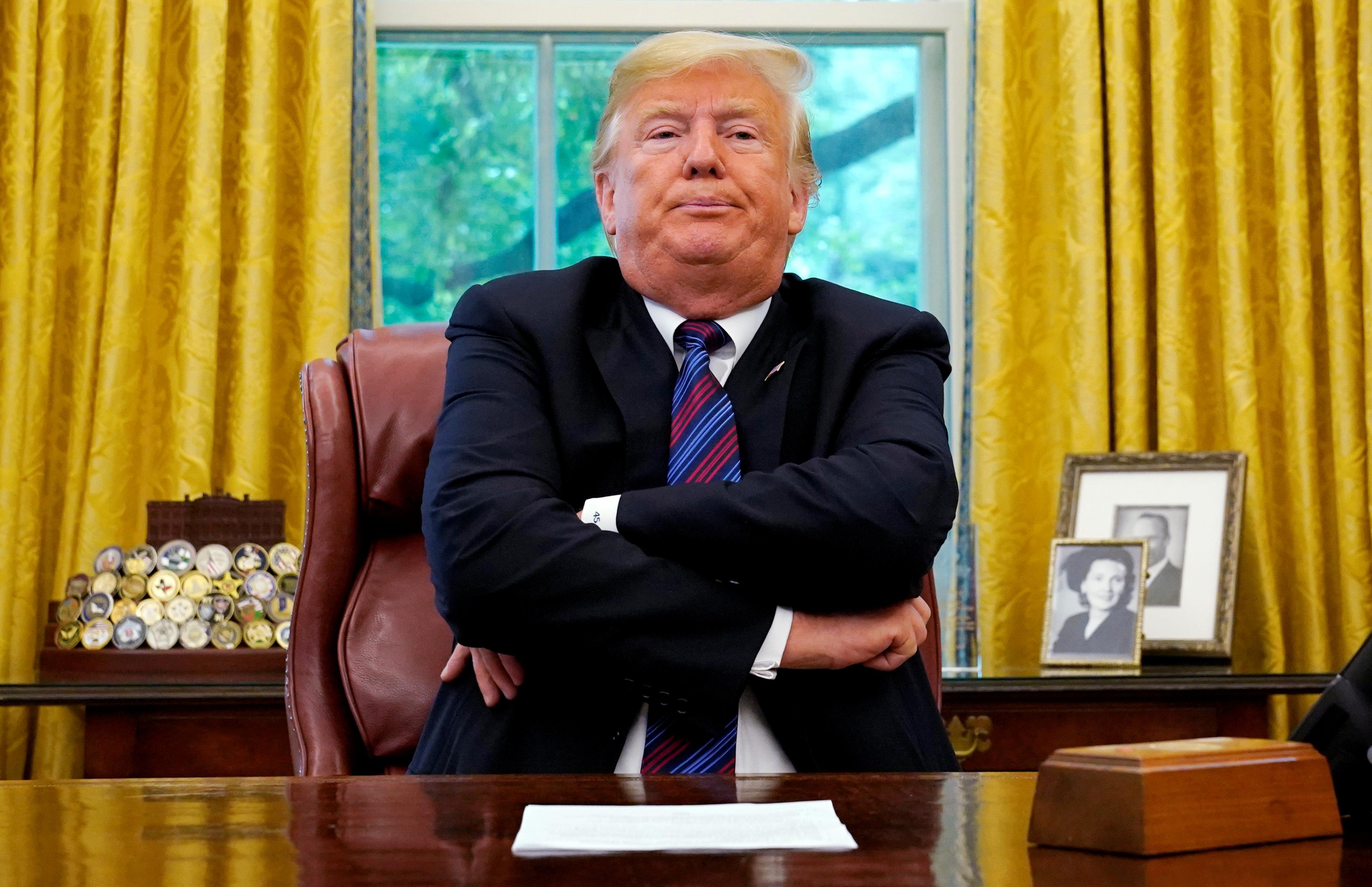 Two days before being sworn in to the U.S. Senate, Mitt Romney wrote an opinion piece in the Washington Post outlining his concerns about President Donald Trump “not rising to the mantle of the office.” Romney, the Republican presidential nominee in 2012, did not exactly break new ground. His column mostly rehashed concerns that many Republicans have long held about Trump’s temperament and international relationships while stopping short of an active commitment to addressing the many problems Romney sees in the Trump administration.

The op-ed also includes the kind of language that was standard from pre-Trump presidential candidates: “I remain optimistic about our future. In an innovation age, Americans excel. More importantly, noble instincts live in the hearts of Americans.” Romney has since said that he won’t run against Trump, but that he won’t necessarily support him either. It is difficult to read Romney’s column and not think that he won’t at least be part of any conversation about which Republican might be able to take on Trump for the Republican nomination.

The notion that a Republican will challenge Trump is not new. The idea of a primary against Trump is very appealing to many centrists, as well as whatever remaining conservative critics of the president still exist. A successful primary would also help bring an end to the Trump experiment while limiting lasting damage to America’s political system and perhaps even diverting the Republican Party from the direction it has taken under Trump. These are the developments that many in the political class, including many of the pundits and political analysts calling for a primary challenge to Trump, would like to see.

The problem with this scenario is that it overlooks the extent to which the Republican Party has been remade to look like Trump, meaning that any primary challenger to Trump would likely get drubbed and therefore only strengthen Trump’s hold on the GOP. Trump himself has been extremely popular among his party. According to Gallup, his job approval rating among those who identified themselves as Republicans has not dropped below 77 percent at any point in his presidency. In 2018, that number never dipped below 81 percent and most weeks was much higher than that. (By contrast, his overall national approval rating has averaged 39 percent since he took office.)

Unseating an incumbent president in a primary is difficult enough – in recent decades the only candidate to do so was Senator Eugene McCarthy, who almost beat Democratic President Lyndon Johnson in the 1968 New Hampshire primary, spurring Johnson to drop out of the race. Beating a president who is beloved by the base in his own party in a primary challenge is almost impossible. Trump’s popularity among Republicans also demonstrates the gap between how Republican voters and some Republican elites think about the president. There are a lot of Republicans who are critical of Trump on television and popular political websites, but that is about the only place they can be found.

Beyond public opinion data, Republican primaries since 2016 have generally been won by pro-Trump Republicans while Republicans in Congress often have had to cater to their pro-Trump Republican electorates in order to stay in office. Even Jeff Flake, Trump’s most outspoken Senate Republican critic, conceded that if he had been running for reelection he would not have taken some positions that rankled the president. Policies around trade and foreign policy where Trump differs from Republican orthodoxy still polarize Republican leaders, but these are not the kinds of issues that will swing large number of voters in a Republican primary.

Last month, in the kind of move that does not draw headlines, the Trump reelection campaign and the Republican National Committee (RNC) began to create a structure that will essentially combine the two entities into one for the 2020 race. The plan, according to a report in Politico, is for the campaign and the RNC to merge their field and fundraising organizations into a single, more streamlined unit. That all but ensures Trump will control the RNC, making it even less plausible that anyone can mount a successful, or even relevant, primary against him. Given this, RNC Chair Ronna McDaniel’s Twitter response calling Romney’s opinion piece “disappointing and unproductive” is no surprise.

While it is perhaps possible that Trump will face a primary campaign to become the party’s nominee, whoever runs against Trump is likely not only to lose badly, but to fail in any attempt to move the party away from him. This is why the Republicans most frequently cited as potential challengers, like Arizona’s Flake and former Ohio Governor John Kasich, are in the later stages of their careers. Republicans with futures in the party, like Senators Ted Cruz of Texas or Marco Rubio of Florida, who disagree with Trump on many key issues and have previously indicated concern about his conduct and ethics, are not entertaining the idea of running against Trump and thus damaging their standing in the party. Over the last two years, the Republican Party has become Trump’s. Highfalutin opinion pieces in major media outlets are not going to change that.