Opinion | A Dire Climate Report, and the Justices Aren’t Helping 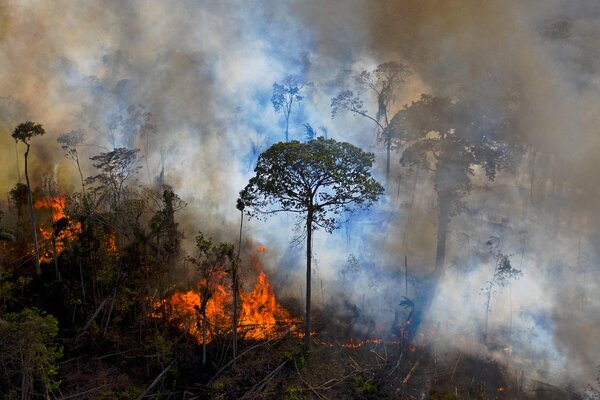 Re “Time Is Running Out to Fix Climate, Report Says” (front page, March 1):

At a time when the latest report of the Intergovernmental Panel on Climate Change has made the devastating effects of unbridled climate change more apparent than ever, President Biden is fighting an uphill battle to gain congressional support for essential federal programs targeting America’s greenhouse gas emissions.

His job has only been made tougher by coal companies and a number of Republican-led states that have just taken their latest battle against meaningful federal intervention to the Supreme Court (“Justices Dispute E.P.A. Power to Curb Emissions,” front page, March 1).

These defenders of dirty energy ground President Obama’s Clean Power Plan to a halt, and their continued goal is to stymie the Environmental Protection Agency’s ability to rein in carbon pollution from outmoded power plants. What century are they living in?

The U.S. needs to meet our climate crisis head on. In that respect, Ross Douthat’s call for a bolstered American birthrate in “‘My Fellow Americans’: Four Times Columnists Channel Joe Biden” (Opinion, March 1) is bizarrely out of place. In a country that is one of the world leaders in per capita carbon pollution, it is folly to bolster birthrates in the hope that someone will “come up with the invention or figure out the big idea that makes the world a better place.”

Good ideas to advance that ambition abound; what we lack is the political resolve to implement them.

The Times has provided an excellent commentary (without actually saying a word) on the current state of our highest court in the land. Consider these two front-page headlines on the same day, March 1: “Time Is Running Out to Fix Climate, Report Says” and “Justices Dispute E.P.A. Power to Curb Emissions.”

If you want to know just how removed the majority of justices are from the desperately fragile world we live in, read these two headlines and weep.

As important as your story “Time Is Running Out to Fix Climate, Report Says” is, I doubt that the Intergovernmental Panel on Climate Change report will have as much impact as the United Nations and the report’s authors intended.

First, it isn’t clear from the story what is substantially new in this report that hasn’t already been said in many previous reports.