Republicans will spend the next 20 months debating and deciding whether Trumpism will be on the ballot in 2022. Will party leaders continue to embrace Donald Trump’s populist rhetoric? Can it resonate with voters if Trump isn’t the one saying it?

Ross Douthat, an Opinion columnist at The New York Times, and Michael Brendan Dougherty, a senior writer at National Review, offer their own definitions of populism and debate with Jane populism’s merits, if Trumpism is real and whether Trump allies in the Republican Party will be the future or the demise of the Grand Old Party. 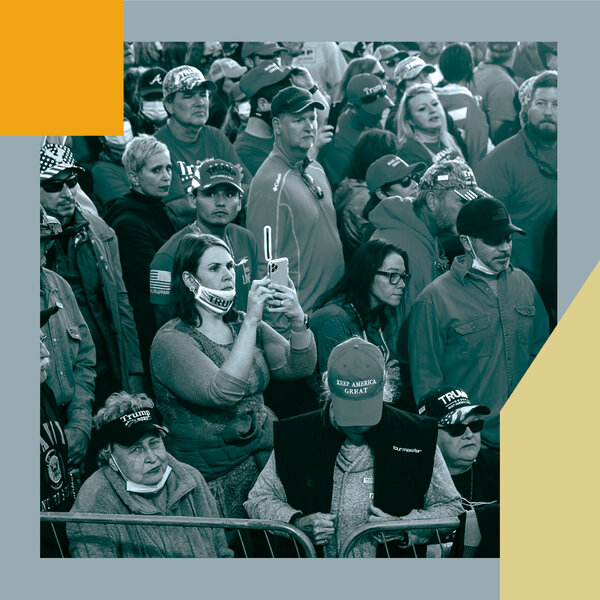 We want to hear what you’re arguing about with your family, your friends and your frenemies. Leave us a voice mail message at (347) 915-4324. We may use excerpts from your audio in a future episode.

Michael Brendan Dougherty in National Review: “The End of Populism? Don’t Bet on It.” “Trumpism After Trump.”

Ross Douthat on how Trumpism ate populism, whether there is a Trumpism after Trump and, in a prescient 2013 column, “Good Populism, Bad Populism.”

Jane Coaston in National Review: “What If There’s No Such Thing as Trumpism?”

Christopher Caldwell in The New Republic: “Can There Ever Be a Working-Class Republican Party?”

Thoughts? Email us at [email protected] By leaving us a message, you are agreeing to be governed by our reader submission terms and agreeing that we may use and allow others to use your name, voice and message. Transcripts of each episode are available midday.

Special thanks to Shannon Busta.

“The Argument” is produced by Phoebe Lett, Elisa Gutierrez and Vishakha Darbha and edited by Alison Bruzek; fact-checking by Kate Sinclair; music and sound design by Isaac Jones.