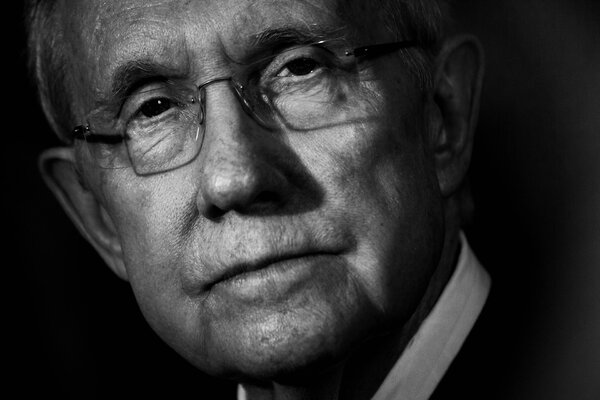 Senator Harry Reid, who died a few weeks after his 82nd birthday, possessed a quality unique among politicians: profound comfort in his own skin. In his personal life, this brought him peace of mind. In politics, it was practically a superpower.

Intensely curious about the world, Mr. Reid followed the news closely and was an avid reader, but one thing he rarely looked at was his own clips. Every day in his Senate office, his staff compiled reams of news stories that mentioned him — and usually they went straight into the files, unread.

We spent countless hours preparing for interviews. I learned that the least effective way to persuade the senator not to say something was to explain that it would generate bad press.

If anything, that made him want to do it more. The words “my staff tells me not to say this” raised our anxiety and reporters’ eagerness, prompting them to stretch their recorders a few inches closer to catch his quiet voice. At the 2008 opening of the Capitol Visitor Center, which for the first time allowed tourists to wait in line for tours indoors, Mr. Reid said, “My staff tells me not to say this, but I’m going to say it anyway: In the summer because of the heat and high humidity, you could literally smell the tourists coming into the Capitol.”

Mr. Reid’s comfort in his own skin came from his family and his upbringing. He was raised in a house made of railroad ties in a town called Searchlight, Nev., which can be reached only by traversing miles of desert. To the consternation of anyone who ever had to visit him, he continued living there until 2014, when the need to drive long distances for medical care or to see anyone other than the 445 people who live in Searchlight finally became untenable. As a child, to get an education, he hitchhiked across that expanse, more than 40 miles to the city of Henderson.