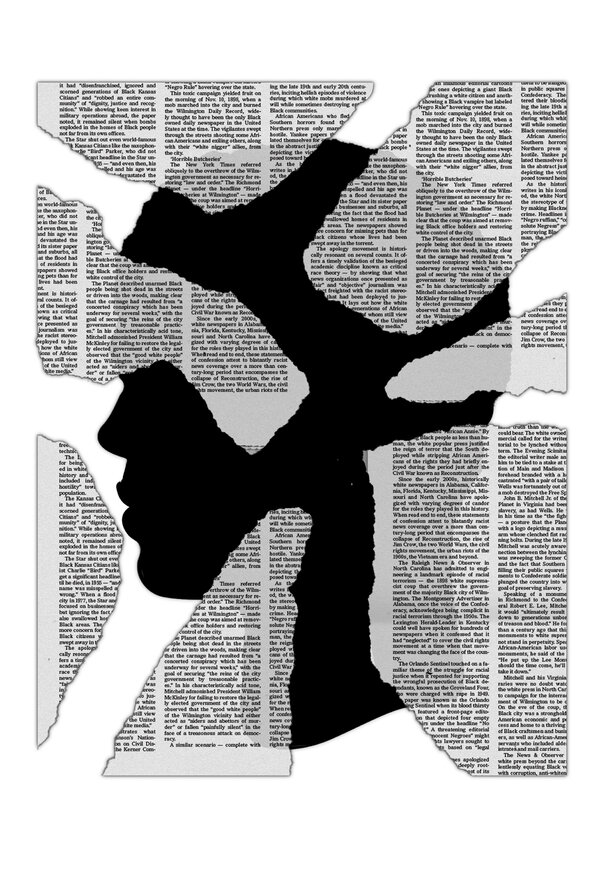 I am a white retired newspaper reporter who worked at five papers. One of my most eye-opening experiences came about 10 years ago, when I brought up on microfilm some 1940s and 1950s pages of my last paper.

Scrolling through just a few issues picked at random, I found anti-Black hostility on nearly every page and not just in the news columns, with their lurid headlines about Black people accused of crimes. I also found it in multiple nationally syndicated comic strips, whose Black characters’ exaggerated features and stereotyped language came straight out of the Jim Crow playbook.

Society news, of course, was all white, as were nearly all people in advertising and in news photographs, except for a very few sports figures.

I’m so glad to see Mr. Staples shine a light on this brazen racist influence, which reached into millions of homes every day and for generations stealthily fortified systems of racial oppression.

Brent Staples’s essay is an important reminder of how the Fourth Estate has sought to dehumanize Black America for much of the country’s history. His article highlights the importance of teaching critical race theory in schools.

Indeed, racism is not just the consequence of individual bias or prejudice, but it’s also enshrined in systems and core institutions like the press.

The press not only failed to be an unbiased arbiter of truth, but it also used its power to promote racist ideas, false narratives about Black America, and, perhaps most important, failed to cover stories that would have shined a bright light on the many injustices and horrors directed at African Americans.

Historians, educators and the public at large depend on newspapers for an accurate, unbiased lens into our country’s past and present. The question is not whether historically white newspapers contributed to white supremacy; clearly they did. It’s how they contributed to it, and what they are doing to ensure that this doesn’t happen again.

Re “Biden Steps Up Mission to Rein Big Business In” (front page, July 10):

President Biden laid out a lengthy wish list of long-overdue reforms of concentrated markets to benefit consumers, workers and stifled competitors. But he is cheerleading in the darkness of regulatory paralysis.

This stasis is the work of corporate lawyers who, with the help of allies in Congress and the courts, have so gamed these agencies as to delay the best-intentioned rule-making process for years. Long enough to outlast presidential terms of office.

Unless the Bidenites take their enthusiasms to publicized agency and congressional hearings that turn these “kitchen table” issues into popular electoral agendas, this remarkable executive order will cause little more than dashed expectations for millions of its promised beneficiaries.

Ralph Nader
Washington
The writer is the consumer advocate and author of the recent fable “The Day the Rats Vetoed Congress.”

There are many questions the public should be asking about a system that removes fundamental rights from American citizens.

Our organization, the National Association to Stop Guardian Abuse, receives stacks of letters from families of elders and others who are stuck in the system. Many have lost their homes, bank accounts, property and even the freedom to leave a facility. Families and friends can be restricted from visiting or associating with a person under a guardianship.

Since a guardian has access to the protected person’s money, the potential for abuse is high. How can this be changed?

Congress needs to reconsider the Guardianship Accountability Act of 2019, which would help states collect data and improve the courts. The states should adopt the 2017 Uniform Guardianship, Conservatorship and Other Protective Arrangements Act. This bill centers on preserving the rights of people under protection and creates a template for judges to consider full (plenary) guardianship as a last resort, not the first and only solution.

Thank you, Britney Spears, for breaking through the barrier of secrecy! We wish you strength in your journey to get your life back.

Marcia Southwick
Santa Fe, N.M.
The writer is a director of the National Association to Stop Guardian Abuse.

Slacking Off in China: The Poet Said It Well

So now the Chinese government is censoring young people who prefer to abandon the rat race of thankless jobs with no future in favor of just chilling, or “lying flat.” It makes me wonder: Are the authorities also banning the work of the country’s classic poets, who often expressed precisely this sentiment?

“Life in this world is just a glorious dream, so why should we sweat and toil our lives away?” as the poet Li Bai observed. “Be lazy — pour some wine, always stay drunk like me. Laid out on the porch all day.”

That would seem to be the definition of lying flat, and compared with the jobs abandoned by the subjects of your article, it doesn’t sound like such a terrible strategy to me.