Opinion | Indoor Farming Is a ‘No-Brainer.’ Except for the Carbon Footprint. 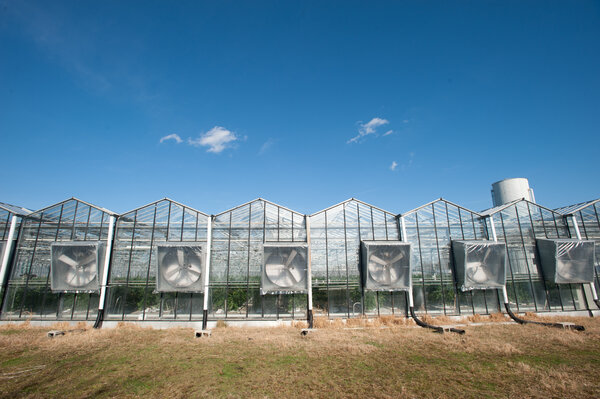 Mr. Alexander is the author of “Ten Tomatoes That Changed the World: A History.”

It’s shaping up to be a tough year for agriculture: With record drought gripping the West, farmers in California’s Central Valley are leaving vast tracts of fertile land unplanted. A January cold snap in Florida devastated tomato crops there, leaving the survivors vulnerable to disease. Two months later, an unusually hard freeze in the Carolinas left some farmers with little to no strawberries and blueberries.

Yet neither drought nor frost is ever a concern for the growers of tomatoes, strawberries and other crops currently ripening inside enormous greenhouses, some sprawling across 175 acres, in North America and Europe. Here a revolution is quietly taking place, perhaps the most potentially disruptive since Cyrus McCormick’s reaper. Vegetables are increasingly being grown indoors, using an advanced and intensive form of growing called controlled environment agriculture, a method that has the potential to help feed the planet, even while it threatens to further warm it.

Indoor farming has the potential to shake the very nature of agriculture down to its roots. But this innovation comes with higher upfront costs and a larger carbon footprint.

Tomatoes, peppers, cucumbers, lettuce and berries are increasingly as likely to come from Canadian or American greenhouses as from fields in Florida or Mexico. Last year, more than a third of the fresh tomatoes sold in the United States, including every slice that topped a Wendy’s burger, were grown indoors.

The advantages of controlled agriculture, a technology pioneered in the Netherlands, are many. Crops are not subject to the vagaries of extreme weather, such as frost, heat or hail; will never be recalled because of E. coli contamination from the dairy farm upstream; and tomatoes and other vegetables can be bred for flavor, instead of for tolerance to heat, rain and long-distance transportation.

Furthermore, these greenhouses can produce more food with fewer pesticides and less water. Computer-controlled root and air temperatures, nutrients and carbon dioxide levels, plants are grown in nutrient-laden water rather than soil and provide yields up to 400 times greater per acre than field agriculture, with one-tenth the water used. Controlled agriculture also allows vegetable farms to operate where there is no arable land, whether in Kentucky coal country or an Egyptian desert.

A vast majority of the more than 2,300 controlled environment greenhouses in the United States — 100-acre structures or smaller “vertical farms” that grow crops on trays stacked to the ceiling — replace the warmth and light from the sun with fossil-fuel power, giving a new meaning to the term “greenhouse gas.” While there are efforts to make controlled agriculture more energy efficient — such as locating greenhouses adjacent to power or water treatment plants (or even server farms) to capture the waste heat those facilities generate — even greenhouses that boast renewable electricity sources for lighting generally use natural gas for heating because it’s far more cost-effective.

The carbon footprint of any given greenhouse tomato, the leading indoor crop, can vary quite a bit depending on energy sources, ambient temperatures and available natural light. But various studies conducted in the United States, Europe and Canada have estimated that, on average, the production of a pound of tomatoes in an American or Northern European greenhouse using fossil fuel energy releases 3 to 3.5 pounds of carbon into the atmosphere.

That is, these studies suggest, about six times the carbon footprint of a field tomato, even taking into account the diesel emissions from refrigerated trucks that often transport field vegetables hundreds or even thousands of miles to reach consumers. Greenhouses, by contrast, can be located near major population centers, as is the case with large vertical farms often constructed in repurposed factories and warehouses.

Feeding the planet already accounts for roughly one-quarter of all greenhouse gas emissions. Animal protein, in particular beef and dairy cattle production, has a more consequential carbon footprint than vegetable farming. Nevertheless, in a rapidly warming world, should we be increasing agriculture’s contribution by moving some of it indoors?