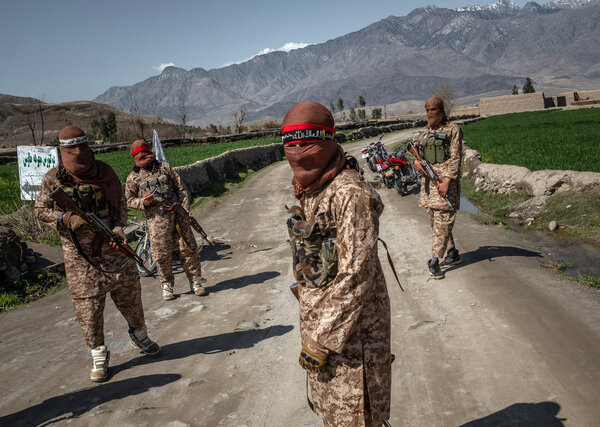 William Ruger’s argument for a precipitous withdrawal of U.S. troops from Afghanistan works only if we forget what we’ve learned and pretend that there will be no consequences for us and our Afghan partners.

A year ago, the Taliban promised the United States that it would prevent terror groups from regrouping in Afghanistan, pursue peace with the Afghan government and others, and contribute to a more stable and secure country. But the Taliban is failing to deliver on all of these, and other, promises.

A broad cross-section of military leaders, allies and other experienced U.S. observers agree that abandoning Afghanistan now will almost certainly undermine our security interests and allow the Taliban to accelerate political violence and spawn a civil war that will needlessly kill, shatter and displace large numbers of Afghans. United Nations reports confirm that the Taliban continues to maintain ties with Al Qaeda.

And if the Taliban prevails militarily, it will surely unwind the substantial social, political and economic gains that have allowed Afghans to advance over the last 20 years.

Abandoning Afghanistan now will sustain, not end, the conflict there, in the region and across the world.

Rina Amiri
Mark Kustra
Washington
Ms. Amiri is a former senior adviser to the U.S. special representative on Afghanistan and Pakistan. Mr. Kustra is a retired Marine officer who served in Afghanistan. They are members of the steering committee of the Alliance in Support of the Afghan People.

A Shift Away From Meat

Frank Bruni rightly points out that conventional meat has more competition and less justification than ever before. As he suggests, consumer demand and production innovation have put us on the frontier of a dramatic dietary shift involving less meat, different meat and no meat derived from animals.

Now, we need the federal government to commit to funding research and subsidies benefiting this new era of food. The U.S. government has given this support to the conventional meat, dairy and egg industry for more than a century. The powerful animal welfare, environmental and climate change benefits that plant- and cell-based meats bring are desperately needed.

Billions of farm animals suffer inside cramped and filthy factory farms. It’s time to turn over a new leaf.

Kitty Block
Washington
The writer is president and chief executive of the Humane Society of the United States.

The Underside of Ballet

Let’s hope that the pandemic may finally liberate American female dancers from the epidemic of eating disorders that the ballet world has concealed for decades.

As I wrote more than 30 years ago in my book “Off Balance: The Real World of Ballet,” anorexia and bulimia are rampant in ballet. Sometimes fatal, always physically harmful, eating disorders are the only way American ballet dancers can attain the Balanchine look: long-limbed, stick-like women who begin starving when they enter puberty.

Prestigious ballet schools still encourage anorexic behavior, which is really a form of unacknowledged child abuse whose effects linger for years after dancers leave the stage. It’s tragic that it has taken a pandemic to rethink this misogynist ballet ethos that has been promoted by critics and balletomanes who just can’t cope with the fact that everything is not so beautiful at the ballet.

Your Freedom, My Life

Re “Vaccine Passports Present Opportunities and Pitfalls” (The Interpreter, March 3):

I live in Australia. Qantas, the Australian airline, said months ago that its policy for international flights would be “no jab, no fly.” Good! That protects me, other passengers, their staff and all our families.

The selfishness of people never ceases to amaze me. Get the damn jab. Stop whining about your freedom. Your freedom stops where it puts others at risk.