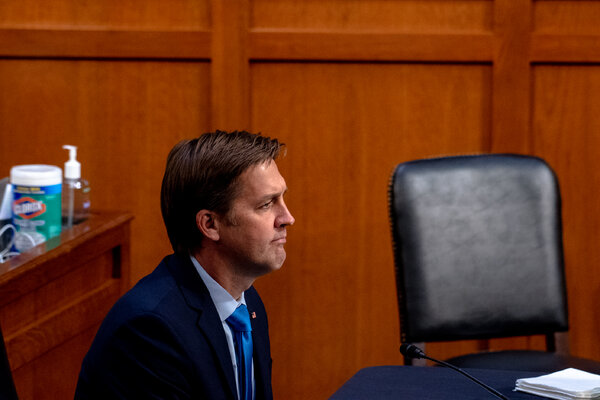 Re “‘We Are Staring Down the Barrel of a Blue Tsunami’: Senator Slams Trump” (news article, Oct. 16):

Senator Ben Sasse, a Republican from Nebraska, has seen the light after nearly four years. He is finally speaking out about how destructive the Trump presidency has been. But he is not taking responsibility for the role that he and other Trump sycophants have played in creating our current and future crises in health, finance and the environment.

Hard-core politics in the Senate from the right has made negotiation and compromise impossible. The hypocrisy of the Supreme Court hearings is the final blow. If a blue tsunami occurs (and I hope it does for the future of this country), Republicans like him have only themselves to blame.

Mixed Messages on the Virus

It seems that the president’s advisers spent an awful lot of time warning members of the financial community and a conservative think tank about the coronavirus. Too bad they didn’t bother to tell the American people or the hospitals that would soon be under siege.

I am an elderly Black grandmother in love with Megan Thee Stallion’s artistry and politics.

Living the personal is political. To be young and unapologetic in one’s radical Black womanhood gives me hope for the next generations.