Opinion | The Ketamine Trip That Saved My Life

The summer I was 26 years old, I moved into my parents’ home in the Chicago suburbs because I could no longer care for myself.

I had been severely depressed for most of my life, but that summer five years ago, even the most mundane tasks became insurmountable. I spent days on the couch where I rarely spoke, my mind so dull I struggled to form words. I lay awake at night thinking, I can’t go on like this.

Some people experience episodic depression, but since the onset of my illness in early childhood, I sank far and fast and never truly surfaced. By age 10, I found myself overcome with inexplicable dread, so ill at ease I could hardly sit through a television show. By the time I was a teenager, I awoke every morning to an immutable sadness and sobbed on my bedroom floor. Though I was once an excellent student, I struggled to make it through class. Finally, at age 16, I dropped out of high school.

Over the years I tried every available treatment. I stayed in psychiatric hospitals, underwent years of therapy and tried a pharmacy’s worth of antidepressants, but my condition never improved. 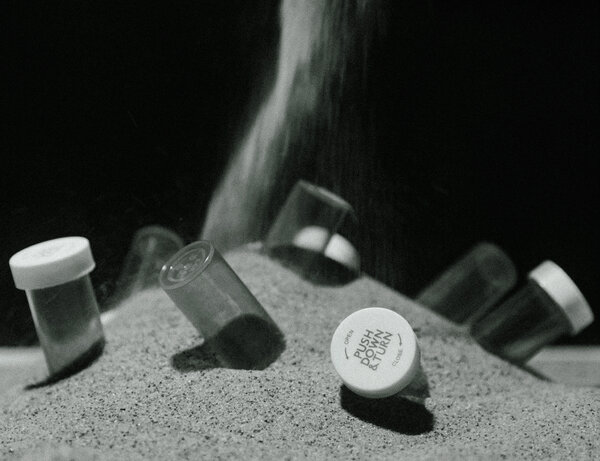 One day, I stumbled across an article on the use of ketamine as a promising treatment for severe, unresponsive depression. It was still relatively new at the time and, at $500 per infusion, expensive. After consulting the therapist I was seeing at the time, who was supportive, I found a nearby clinic offering the therapy and made the call.

Ketamine has a reputation as a party drug, but it was originally developed as an anesthetic. When administered properly, doctors say it’s safe and shown to treat major depression and severe PTSD. While other drugs like psilocybin and MDMA are also studied by scientists as a depression treatment, ketamine can be prescribed and administered outside a clinical trial. Traditional antidepressants may take weeks or months to take effect, but ketamine can be fast acting.

Cost, though, presents a major obstacle. Ketamine by infusion for mental illness is not usually covered by insurance — it wasn’t for me — which means it’s financially out of reach for many.

Days after making the call and completing a screening process that confirmed I was a good candidate, given I had unsuccessfully tried several other options, I arrived at the ketamine treatment center. I was put on a treatment plan of six initial infusions over two weeks, after which I would return for maintenance doses as needed, usually every one to six months.

During my infusion, I sat in a recliner while the nurse took my blood pressure, attached a heart rate monitor and inserted an IV line. Once the ketamine was administered and the lights dimmed, I lowered the recliner and took deep breaths as the playlist I’d made poured through my headphones.

For a few minutes I felt nothing, then the picture on the wall across from me began to cleave in two. Though my vision swam, I felt no motion sickness. At the low dose I’d been given to acclimate my body to the drug, I experienced only a mild, pleasant alteration.

With each subsequent visit my dose was increased, until the room dissolved around me in a transcendent swirl of lucid dreaming. I traveled backward in time, inhabiting memories in a pleasantly detached manner. I traveled forward, too, and visited places I’d never been. It felt as though I’d shed my corporeal form and was melding into the fabric of the universe.

But even though I felt at peace during the treatment, my depression didn’t subside right away. After three treatments, the doctor suggested it might not be worth the cost of continuing. Between infusions three and four I agonized over whether to keep going. Since I had already tried everything else, giving up on this meant giving up entirely.

Thankfully everything changed after my fourth infusion. It was as though a switch had been flipped and my brain lit up. I noticed color creeping back into the world, and the hard knot of dread and dispassion in my chest melted away.

My productivity skyrocketed. Within a couple weeks I had cleaned and organized my apartment, applied to and been hired at two jobs, started a meditation practice and begun learning a new language.

Though my jobs were poorly paid, ketamine allowed me to utilize the skills I’d learned in therapy to reframe experiences in a positive light. Bleaching gym mats in a martial arts studio and washing buckets in a flower shop became meditative practices, rather than drudgery. I hardly recognized the buoyant person I’d become.

When my brother got his first pair of glasses, he marveled that he could see individual leaves on trees. Ketamine felt a lot like that. To be in awe of simple pleasures felt like reason enough to live, and I was overcome with a quiet revelation: this is what it means to be content. I began contemplating a return to school. In May 2021, 15 years after dropping out of high school, five years after beginning ketamine treatment, I graduated from college.

I know how fortunate I am. Ketamine doesn’t work for everyone, and for many, the treatment is financially prohibitive. As more stories like mine emerge, I hope to see that change, and that others will not have to give up on finding relief.

Zoe Boyer is a writer who began ketamine treatment for depression in 2016.