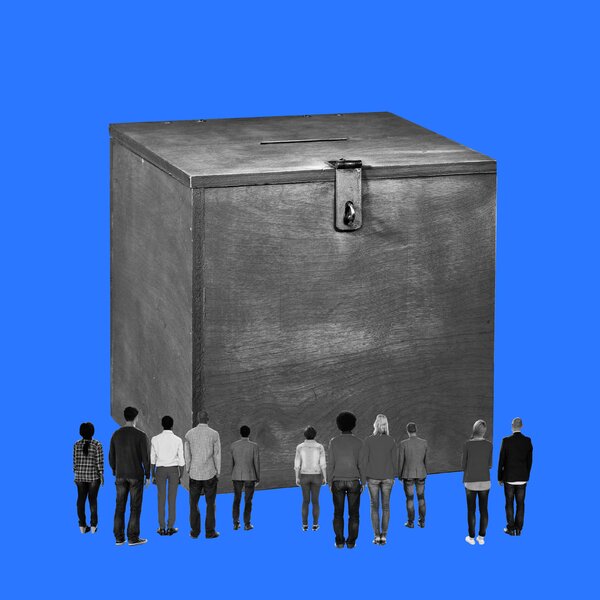 Ms. Abrahamian is a journalist who has written extensively about citizenship.

Washingtonians love to complain about taxation without representation. But for me and my fellow noncitizens, it is a fact of political life that we submit to unquestioningly year after year, primary after primary, presidential election after presidential election. Nearly 15 million people living legally in the United States, most of whom contribute as much as any natural-born American to this country’s civic, cultural and economic life, don’t have a say in matters of politics and policy because we — resident foreign nationals, or “aliens” as we are sometimes called — cannot vote.

Considering the Supreme Court’s recent decision undermining voting rights, and Republicans’ efforts to suppress, redistrict and manipulate their way to electoral security, it’s time for Democrats to radically expand the electorate. Proposing federal legislation to give millions of young people and essential workers a clear road to citizenship is a good start. But there’s another measure that lawmakers both in Washington and state capitals should put in place: lifting voting restrictions on legal residents who aren’t citizens — people with green cards, people here on work visas, and those who arrived in the country as children and are still waiting for permanent papers.

Expanding the franchise in this way would give American democracy new life, restore immigrants’ trust in government and send a powerful message of inclusion to the rest of the world.

It’s easy to assume that restricting the franchise to citizens is an age-old, nonnegotiable fact. But it’s actually a relatively recent convention and a political choice. Early in the United States’ history, voting was a function not of national citizenship but of gender, race and class. As a result, white male landowners of all nationalities were encouraged to play an active role in shaping American democracy, while women and poor, Indigenous and enslaved people could not. That wholesale discrimination is unquestionably worse than excluding resident foreigners from the polls, but the point is that history shows how readily voting laws can be altered — and that restrictive ones tend not to age well.

Another misconception is that citizen voting rights have always been the prerogative of the federal government. In fact, states have largely decided who had a say in local, state and national elections. Arkansas was the last state to eliminate noncitizen voting in 1926, and it wasn’t until 1996 that Congress doubled down with the Illegal Immigration Reform and Immigrant Responsibility Act, which made voting in federal elections while foreign — already not permitted because of state-level rules — a criminal, and deportable, offense. (This means that congressional Democrats working on immigration and election reform can reverse the 1996 sanctions the same way they voted them in.)