Opinion | We Underestimated Trump Before. It Didn’t Go Well. 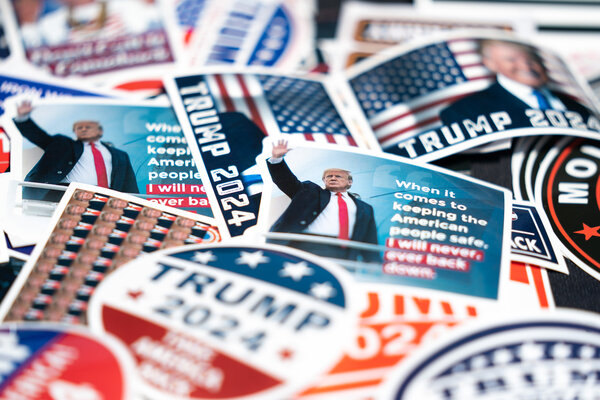 Sometimes, and much to our detriment, we find real events are simply too outlandish to take seriously.

Many professional Republicans, for example, initially dismissed the movement to “Stop the Steal” as a ridiculous stunt.

“What is the downside for humoring him for this little bit of time? No one seriously thinks the results will change,” an anonymous senior Republican official told The Washington Post a few days after Joe Biden claimed victory:

He went golfing this weekend. It’s not like he’s plotting how to prevent Joe Biden from taking power on Jan. 20. He’s tweeting about filing some lawsuits, those lawsuits will fail, then he’ll tweet some more about how the election was stolen, and then he’ll leave.

Republicans went ahead and humored the president, who then urged his followers to assault the Capitol and try to void the election results in his favor.

Now, 10 months after the election, “Stop the Steal” is something like party orthodoxy, ideological fuel for a national effort to seize control of election administration and to purge those officials who secured the vote over Donald Trump’s demand to subvert it. Assuming that he is in good health, Trump will almost certainly run for president in 2024, and if he does, he’ll do so in a Republican Party pacified of any resistance to his will to power.

The upshot is that we are on our way to another election crisis. Or, as the election law expert (and frequent New York Times contributor) Rick Hasen has written in a new paper on the risk of election subversion, “The United States faces a serious risk that the 2024 presidential election, and other future U.S. elections, will not be conducted fairly, and that the candidates taking office will not reflect the free choices made by eligible voters under previously announced election rules.”

Despite the danger at hand, there doesn’t appear to be much urgency among congressional Democrats — or the remaining pro-democracy Republicans — to do anything. The Democratic majority in the House of Representatives has passed a new voting rights act aimed at the wave of restrictive new election laws from Republican state legislatures, and Democrats in the Senate have introduced a bill that would establish “protections to insulate nonpartisan state and local officials who administer federal elections from undue partisan interference or control.” But as long as the Senate filibuster is in place — and as long as key Democrats want to keep it in place — there is almost no chance that the Senate will end debate on the bill and bring it to the floor for a simple majority vote.

It’s almost as if, to the people with the power to act, the prospect of a Trumpified Republican Party with the will to subvert the next presidential election and the power to do it is one of those events that just seems a little too out there. And far from provoking action, the sheer magnitude of what it would mean has induced a kind of passivity, a hope that we can solve the crisis without bringing real power to bear.