Opinion | When the Storming of the Capitol Becomes ‘Legitimate Political Discourse’ 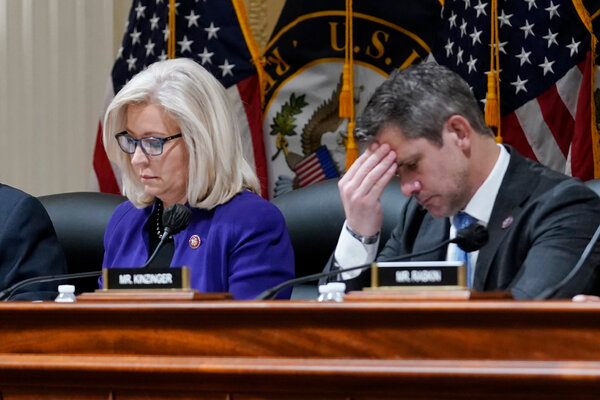 By Gail Collins and Bret Stephens

Ms. Collins and Mr. Stephens are opinion columnists. They converse every week.

Bret: The jobs report is definitely good news. But people won’t feel happy about the economy while inflation keeps eating away at their paychecks and interest rates start rising. Which, if Larry Summers is right, is what we are likely to get for at least another year as demand keeps outpacing supply and the Fed tightens monetary policy. Neither is going to help the president or his party in the midterms.

Gail: A party that just declared the Jan. 6 mob was engaged in “legitimate political discourse.” What can sane conservatives like you do to bring the Republican Party back?

Bret: Trying to rescue the Republican Party from the moral pit into which it has thrown itself is like trying to revive a corpse by blowing tobacco smoke up its bottom.

Bret: Apparently it was a thing in the 18th century. Think of it as the hydroxychloroquine of its day.

Anyway, I know you really hate this idea, but the only solution is to start a new party or maybe even two. I’ve made the case before that America needs a Liberal Party — “liberal” in the old-fashioned sense of believing in free expression, free enterprise, free living and a free world. But the truth is that America could also use a proper Conservative Party, in the true sense of the word “conservative”: Burkean in its belief in the importance of manners, morals and gradual change; Arnoldian in its respect for high culture; Smithian not just in its devotion to free markets but also its belief in the cultivation of moral sympathies. Trump’s Republican Party is the antithesis of all that. In fact, what they’re doing right now to Kinzinger and Cheney is just another version of the “cancel culture” that the Fox News crowd likes to rail against when it comes to campus politics.

Gail: So interesting that third parties have become one of our main points of intense disagreement in 2022.

Starting a new party would be way easier than trying to defeat the Trumpian maniacs in Republican primaries and state conventions all around the country. But then what do you have? One of our two major parties doomed to permanent craziness.

Suppose the third option catches on? It’d probably attract moderate Democrats too. All sounds great. But in the next election, there’d be a Trumpian Republican, maybe a progressive-wing Democrat and — well, you pick the guy for your middle.

Gail: And when everybody goes out to vote for the next president, the sane electorate would be divided and the crazy Trumpian person wins.

Bret: That might happen anyway, with Biden flailing politically and Republicans looking forward to big midterm gains. It’s a scenario that would be easier to avoid if Democrats made it easier for a center-right guy like me to join their ranks. Any chance of replacing Chuck Schumer with Joe Manchin as Senate majority leader?

Gail: Oh, good Lord. But thanks for opening a door — I’ve been meaning to find a way to defend Chuck Schumer.