Home » Analysis & Comment » Opinion | Why Has There Been a Spike of Anti-Asian Hate?

Pandemics fade. Racism does not. And when a president like Donald Trump unfairly blames an entire ethnic group for the coronavirus pandemic crisis, it can embolden discrimination and violence.

On a recent January morning, Vicha Ratanapakdee, an 84-year-old from Thailand, was walking in the Anza Vista neighborhood of San Francisco. Suddenly, for no apparent reason, the police say, a 19-year-old man slammed into Mr. Vicha, knocking him down. He died two days later in the hospital.

Mr. Vicha’s family believe the attack was a hate crime, that he was targeted because he was Asian. Unfortunately, Mr. Vicha is far from the only victim of anti-Asian violence in recent months.

In late January, a 91-year-old man was shoved from behind by a stranger while he was walking down a street in Oakland’s Chinatown. He fell down face-first but survived. The assault happened in daylight directly outside the Asian Resource Center, a gathering spot for the Asian-American community. A 28-year-old man was charged in the attack.

Both episodes were caught on tape by security cameras. But many other acts of violence have occurred with no record of the incidents.

From March 19 to Dec. 31 last year, the organization Stop AAPI Hate received 2,808 firsthand reports of violence against the Asian community from 47 states and the District of Columbia. Stop AAPI Hate was created in California in 2020 to track acts of violence against Asian-Americans, which have risen significantly during the pandemic. (A.A.P.I. stands for Asian-American and Pacific Islander.) These incidents have ranged from robbery and assault to spitting and verbal abuse. The victim’s race was cited as the primary reason for the attack in over 90 percent of the 2,808 reported cases.

Why is this happening?

“The rhetoric spurred by the previous administration when the pandemic started — using ‘China virus,’ ‘kung flu’ and all that kind of stuff — has made Asian-Americans a target to basically people who are racist,” Daniel Wu, star of the television series “Into the Badlands,” told me in a recent interview. Mr. Wu was born in Berkeley, Calif., worked as an actor in Hong Kong for many years and is now active in the campaign to prevent attacks against Asian-Americans. 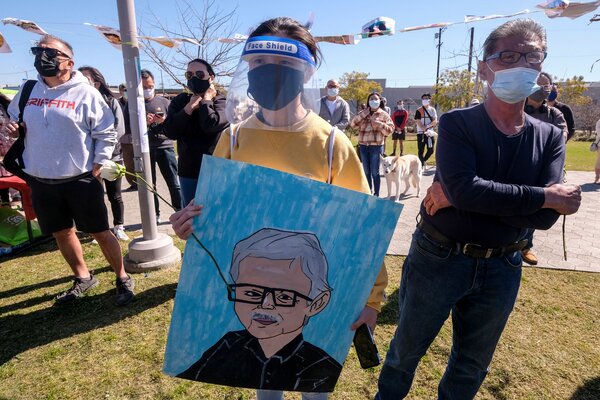 It is hard to understand what would drive a young man to shove an elderly Asian man to the ground.

What is clear is that these attacks are occurring during not only a pandemic but also a cultural and demographic revolution in the United States.

According to the Pew Research Center, the Asian-American population increased by 72 percent from 2000 to 2015, making it the fastest growing ethnic group in the United States, surpassing even the Latino population’s growth rate of 60 percent. This reflects the greater number of Asian immigrants compared with Latin American immigrants in recent years.

Based on 2018 data, the Census Bureau estimates that there are 22.6 million people of Asian descent living in the United States, representing nearly 7 percent of the country’s total population, with the largest communities coming from China, India and the Philippines.

By 2044, America’s white population may no longer represent a majority of the country, according to the Census Bureau’s calculations. And what we’ve been witnessing in the United States — on the streets of the nation’s Chinatowns, in the Capitol on Jan. 6 and in Charlottesville, Va., in 2017 — is the resentment and incomprehension of a small yet aggressive segment of the population that refuses to accept that the country is changing, that it is increasingly made up of people from many different backgrounds.

As more nonwhite immigrants come to the United States, generating more economic and political power, their visibility will only increase. But so will the xenophobia and criticism they face.

The assaults and insults against the Asian-American community bear a striking resemblance to the plight that Latinos and Black and Indigenous people have endured for centuries in the United States. A common racist attack against the Latino community — and now, increasingly, Asian-Americans — is the demand, “Go back to your own country!” A difficult demand for the millions of us who are American citizens.

This combination of anti-immigrant resentment and Mr. Trump’s anti-Asian rhetoric has produced an explosive situation.

Thankfully, many Americans are ready to fight back. Recently, I spoke to two community activists and organizers, Forrest Liu and Will Lex Ham, just as they were embarking on a safety patrol through San Francisco’s Chinatown.

They were distributing leaflets to merchants and visitors with information in their language about how to protect themselves from potential attacks. Mr. Lex Ham, who also works as an actor, told me that he and Mr. Liu were giving whistles to community members and that they would “be their eyes out there to deter any possible crime.”

Community efforts like these have been backed by a recent memorandum signed by President Biden directing the government to fight prejudice against Asian-Americans, as well as a pledge from the Department of Justice to investigate incidents of racist violence.

Sooner or later, the pandemic will disappear. But as the popular slogan goes, there is no vaccine for racism. That is why the idea of a society in which we are all equal — as described in the Declaration of Independence — is a promise we must fight for every day.

Jorge Ramos (@jorgeramosnews) is an anchor for the Univision network, a contributing opinion writer and the author of, most recently, “Stranger: The Challenge of a Latino Immigrant in the Trump Era.”