Coronavirus in Europe, Israeli-Gulf deal, Aleksei Navalny: Here’s what you need to know.

We’re covering the signing at the White House of a deal between Israel and two Gulf states, the attempts to avoid further lockdowns in Europe and the depth of the biodiversity crisis. 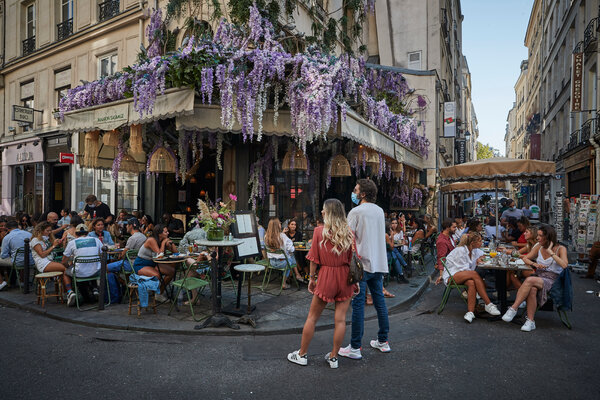 How Europe coexists with the coronavirus

Having abandoned hopes of eradicating the virus or developing a vaccine quickly, Europeans have largely gone back to work and school, leading lives as normally as possible even as the possibility of a second wave haunts the continent.

Europeans are putting to use the lessons from the pandemic’s initial phase: the need to wear masks and practice social distancing, the importance of testing and contact tracing, the critical advantages of reacting nimbly and locally. All of those measures are intended to prevent the kind of national lockdowns that crippled economies this year. “We are in a living-with-the-virus phase,” said Roberto Speranza, the health minister of Italy.

It’s a very different story across the English Channel, however. With a second wave imminent, Britain is undergoing a testing crisis, in which the country cannot meet current demand and labs are overwhelmed with unprocessed samples. The reopening of schools and businesses now hangs in the balance.

Here are our latest updates and maps of the pandemic.

In other coronavirus developments:

The German government will invest 750 million euros, or $891 million, to bolster three domestic companies’ quests for a Covid-19 vaccine.

Victoria, the state that is at the center of Australia’s outbreak, on Tuesday reported no new virus deaths for the first time in more than two months. The city of Melbourne remains in lockdown.

The United Nations is about to turn 75, but celebrations will be muted, with world leaders unable to gather in person. The organization is also facing profound questions about its effectiveness, and even its relevance.

A diplomatic win, and political gift, for Trump

President Trump hosted Prime Minister Benjamin Netanyahu of Israel at the White House on Tuesday along with the foreign ministers of the United Arab Emirates and Bahrain for the signing of new diplomatic accords between the countries.

While many analysts give Mr. Trump some credit for helping to broker the agreements, they called the talk of peace overblown. Israel, they said, has long been moving into a de facto alliance with the Sunni Arab states of the Persian Gulf, in common cause against Shiite Iran.

Details: The agreements, known as the Abraham Accords, will normalize diplomatic relations between Israel and the U.A.E. and Bahrain, including the establishment of embassies.

Campaign gift: The leaders of Israel, Saudi Arabia and the Emirates have a stake in Mr. Trump’s re-election in November. “One has to assume this is being driven by Donald Trump’s political agenda, and interest in putting points on the board in advance of the election,” said Halie Soifer, the executive director of the Jewish Democratic Council of America.

Earth’s biodiversity ‘stands at a crossroads’

The world faces a catastrophic biodiversity collapse that threatens to wipe out beloved species and invaluable genetic diversity and endangers humanity’s food supply, health and security, according to a sweeping United Nations report issued on Tuesday.

When governments act to protect and restore nature, the authors found, it works. But despite commitments made 10 years ago, nations have not come close to meeting the scale of the crisis, which continues to worsen because of unsustainable farming, overfishing, burning of fossil fuels and other activities. “Humanity stands at a crossroads,” the report said.

As with climate change, scientific alarms on biodiversity loss have gone largely unheeded as the problem intensifies. The report estimates that governments around the world spend $500 billion per year on environmentally harmful initiatives, while public and private financing for biodiversity totals $80 billion to $90 billion.

Warning signs: A global pandemic and devastating wildfires, worsened by climate change and land management policies, are just some of the potential consequences of an unhealthy relationship with nature. “These things are a sign of what is to come,” said one author. “These things will only get worse if we don’t change course.”

Australia’s fire season: ‘There is no normal’

After last year’s blazes in Australia burned through 46 million acres — a chunk of land that is larger than Syria — brick chimneys are all that remains of many homes. Animals appear in smaller numbers. Hillsides are covered with trees as dead as matchsticks, and even the rivers are choking with ash.

As this year’s fire season nears, the country’s mood is one of anticipation — and a desperate urge to do something that might ward off another round of ruin. Homeowners are turning to Aboriginal fire experts for preventive burning. Land clearing, above, has become more common than barbecues. “Climate change, it’s real, mate,” said a marine scientist. “There is no returning to normal; there is no normal. We just have to change.”

U.S. disasters: The wildfires raging on the West Coast have left at least 27 people dead, and the authorities said they faced a disaster with no clear end in sight. In the Gulf Coast region, residents from Mississippi to Florida were bracing for Hurricane Sally, which was expected to make landfall Tuesday evening or Wednesday morning, local time.

Refugee crisis: Germany agreed to accept more than 1,500 people now living in Greek refugee camps, in what appeared to be a challenge to fellow E.U. members to also do their part.

Breonna Taylor: City officials in Louisville, Ky., have agreed to pay $12 million to the family of the young Black woman who was killed by white police officers in a botched raid last March. The city will also institute reforms aimed at preventing future deaths by officers.

Snapshot: Aleksei Navalny from his hospital bed in Berlin, surrounded by his family. The Russian opposition leader, who is recovering after being poisoned, shared this photograph on Instagram. “Hello, it’s Navalny,” he wrote in the post. “I can still do almost nothing, but yesterday I could breathe the entire day by myself.” Mr. Navalny plans to return to Russia.

Lives lived: The filmmaker and muse Nancy Dine, whose documentary about her artist husband, Jim Dine, earned her an Academy Award nomination, died at 83 this month at a hospital in Manhattan.

What we’re reading: This heartbreaking article in The Statesman Journal in Salem, Ore., about a father’s attempt to save his wife and 13-year-old son from the wildfires in Oregon.

Cook: These Indian-ish nachos with Cheddar, black beans and chutney start off with standard nacho elements, but the spicy and verdant cilantro chutney provides another level of brightness and complexity. Sam Sifton, our food editor, has more nacho ideas.

Read: Douglas Stuart’s “Shuggie Bain,” a violent tale of a child growing up in 1980s Scotland, and Avni Doshi’s “Burnt Sugar,” about an artist’s struggles to cope with her aging mother, are among the six books on the shortlist for this year’s Booker Prize. Four of the books are by women, and four are by first-time authors.

Listen: These four podcasts about mental health might help you reflect on your feelings or simply provide insights about the human psyche you didn’t know before.

Cut the boredom while staying safe with our full At Home collection of ideas on what to read, cook, watch, and do.

The photographer Max Whittaker always keeps to one key rule while shooting wildfires: Stay close to your vehicle. But while photographing the effects of the C.Z.U. Lightning Complex Fire in California’s Big Basin Redwoods State Park last month, he decided to go deeper into the woods, after finding the road blocked by fallen trees and power lines.

“The active fire danger seemed to have passed,” he writes, in this Times Insider piece. “I always keep enough gear with me to spend the day outside — even on foot. So I parked, and with water, food, a camera and fire shelter, started walking.”

At 118 years old, Big Basin Redwoods State Park is California’s oldest state park. It has been devastated by the flames. Almost every corner of the state has been affected, with more than five million acres charred across California, Oregon and Washington State, in one of the most apocalyptic years in recent memory for wildfires. Tens of thousands of people have been displaced and at least 27 people are dead.

After about five miles of walking, Max turned off the road and into the forest. “The only active flames in the area were inside of trees and logs, which burned with outsize intensity — like a heart fighting its last battle,” he writes. In the distance, falling trees made a noise somewhere “between rolling thunder and a crashing wave. I was sure I would be obliterated.”

Bereft of activity, motion and emotion, in shades of gray and black, Max’s images tell a story of desolation and loss. “The smoky, charred landscape presented endless opportunities and challenges for a photographer,” he writes. “On my hike out I saw downed trees that had not been there on the way in. I clambered over trunks that blocked the road and thought about the immense job the park had ahead.”

That’s it for today’s briefing. See you tomorrow.

P.S.
• We’re listening to “The Daily.” Our latest episode is about the wildfires in the West.
• Here’s our Mini Crossword, and a clue: “Where a shrimp’s heart is located” (our letters). You can find all our puzzles here.
• The word “trompos” appeared in The Times for the first time on Tuesday, according to the Twitter bot @NYT_first_said.
• Our National editor, Marc Lacey, wrote about a new feature that has been added to his team’s morning meeting: a poetry reading.