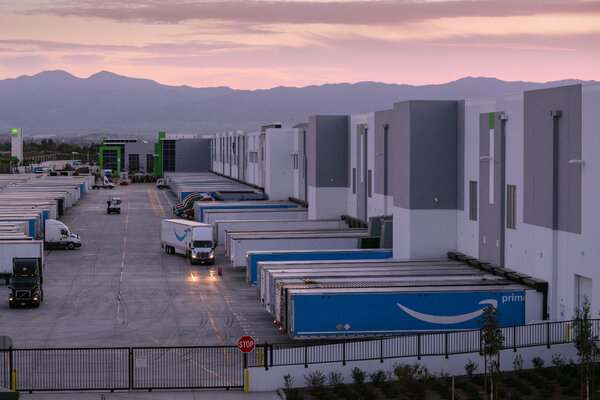 The South Coast Air Quality Management District in Southern California on Friday adopted a rule that would force about 3,000 of the largest warehouses in the area to slash emissions from the trucks that serve the site or take other measures to improve air quality, The New York Times’s Hiroko Tabuchi reports.

Southern California is home to the nation’s largest concentration of warehouses — a hub of thousands of mammoth structures, served by belching diesel trucks, that help feed America’s booming appetite for online shopping and also contribute to the worst air pollution in the country.

The rule sets a precedent for regulating the exploding e-commerce industry, which has grown even more during the pandemic and has led to a spectacular increase in warehouse construction.

The changes could also help spur a more rapid electrification of freight tucks, a significant step toward reducing emissions from transportation, the country’s biggest source of planet-warming greenhouse gases. The emissions are a major contributor to smog-causing nitrogen oxides and diesel particulate matter pollution, which are linked to health problems including respiratory conditions.