SYDNEY (Reuters) – Asian stocks were mixed on Wednesday after two sessions of sharp gains as investors tempered their optimism about the coronavirus while death tolls were still mounting across the globe. 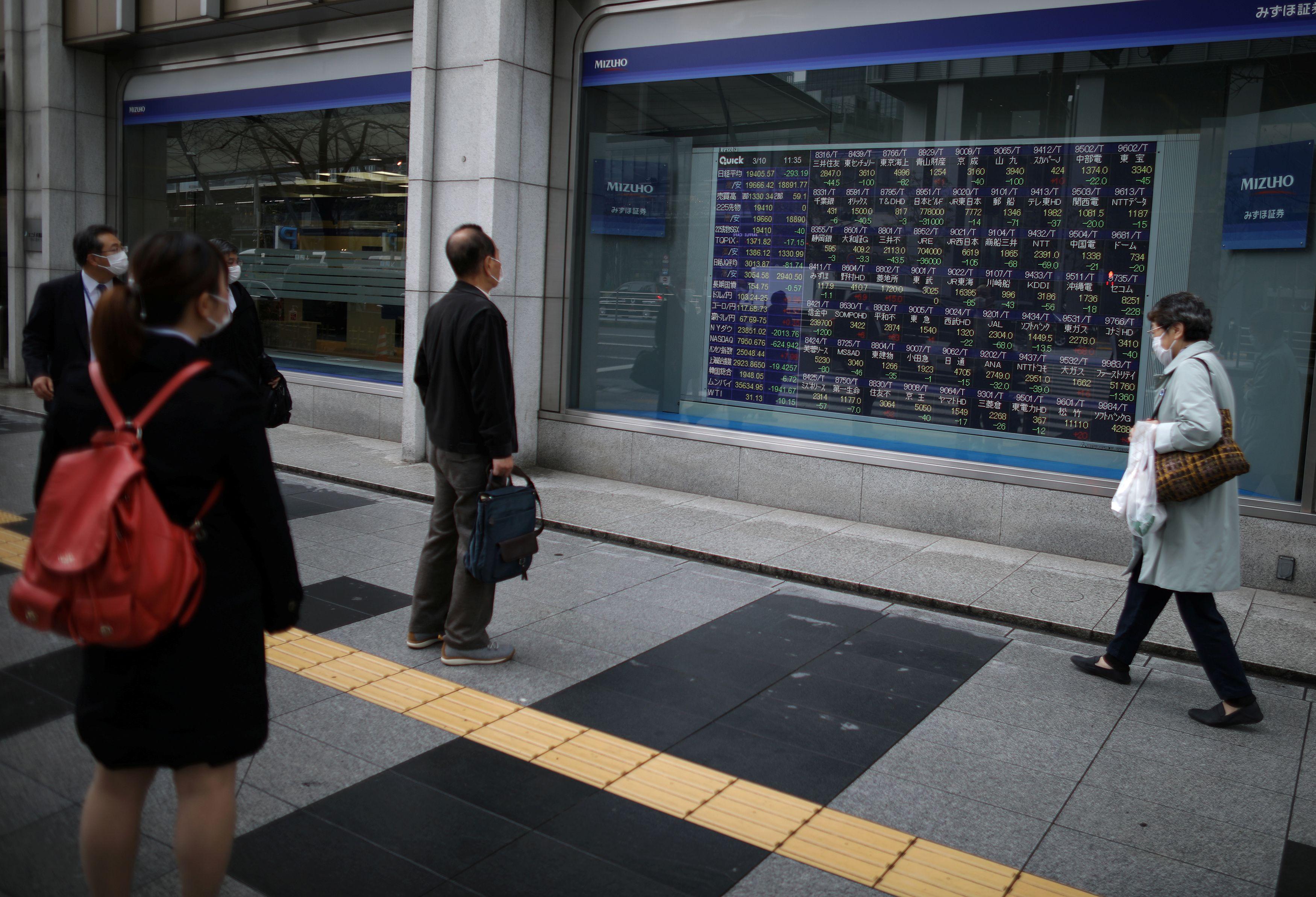 While the number of COVID-19 hospitalisations seemed to be levelling off in New York state, deaths across the United States jumped by a record of more than 1,800.

Adding to the uncertainty were wild swings in the oil market, where prices rebounded in Asia after sliding on Tuesday, leaving traders feeling dizzy.

The erratic action was mirrored in equities with MSCI’s broadest index of Asia-Pacific shares outside Japan first falling almost 1% before clawing back to be little changed.

Japan’s Nikkei stood out with a rise of 2.3% as the confirmation of a state of emergency led some to buy back hard-hit transport and retail stocks. Shanghai blue chips lost 0.3%.

“There is reason to be cautious as this looked to be a relief rally ahead of next week’s start of Q1 earning season and before data reveals the depth of the virus impact,” said analysts at JPMorgan in a note.

“Data shows the recent move higher has been accompanied by short covering and de-risking rather than active risk taking on the long side.”

After U.S. stock markets closed, President Donald Trump said the United States may be getting to the top of the coronavirus curve.

The Trump administration asked Congress for an additional $250 billion in emergency economic aid for small U.S. businesses reeling from the pandemic.

“While the virus’ ‘curve is flattening’, the economic effects of the corona crisis will linger for years in our view,” Commonwealth Bank of Australia economist Joseph Capurso said in a note.

“Economies will take time to re‑open, some businesses will not re‑open, and unemployment will take years to return to levels reported at the end of 2019.”

Ratings agency S&P Global on Wednesday warned the cost of combating the virus would weigh heavily on Australia’s finances and changed the outlook for the country’s rating to negative.