Home » Business » At The Ringer, Staff Writers Say They Are Second-String

The head coach of the Golden State Warriors. A former ace of the New York Yankees. A onetime star of “The Bachelorette.”

Steve Kerr, C. C. Sabathia and Rachel Lindsay were among the roughly 25 outside contributors to host or co-host new podcasts this year at The Ringer, the digital media company founded and run by the former ESPN personality Bill Simmons. The influx of celebrity talent being brought on as contractors has raised concerns among many full-time employees, who say it may close off their opportunities for advancement and weaken the company’s union. 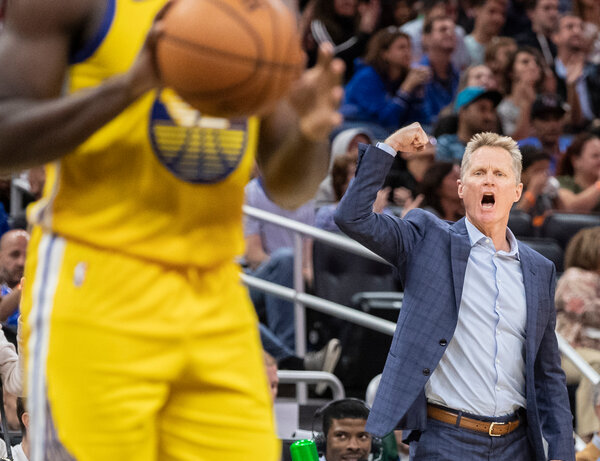 The Ringer, an outlet with a website and a podcasting network focused on sports and pop culture, became the property of Spotify this year in a roughly $200 million deal. The addition of The Ringer, with its more than 30 podcasts, has helped accelerate Spotify’s transition from a music-streaming platform into a general audiostreaming company.

Months before the Spotify deal, employees formed The Ringer Union, which is affiliated with the Writers Guild of America, East, and has about 65 members. Ringer management quickly recognized the union, but negotiations toward a collective bargaining agreement have stalled, and the company’s move toward outside contributors has been a sticking point.

Mr. Concepcion, who had co-hosted a pop culture podcast and served as the main host of an Emmy-winning video program, left for Crooked Media, a podcasting company founded by Obama White House alumni. Ms. O’Shaughnessy, who had written on sports and appeared on The Ringer’s basketball podcasts, has joined Blue Wire, a sports podcasting network, where she plans to have an N.B.A. podcast.

The departure of the two homegrown stars, along with the arrival of high-profile outsiders, underscored concerns among many staff members that Mr. Simmons favored an approach that would allow him to produce a significant amount of content with contractors, who are not eligible for the union.

Mr. Concepcion and Ms. O’Shaughnessy left during a period of change that began in February, after Mr. Simmons announced the Spotify sale and started adding more big names to his booming podcast network, a roster that now includes the former N.B.A. player Raja Bell, the former ESPN personality Jemele Hill and the CNN commentator Bakari Sellers.

Ringer employees say Mr. Simmons showed signs of trying to marginalize the union dating back to when it was formed last year. Kate Knibbs, a staff writer who left for Wired in December, said that Mr. Simmons unfollowed her on Twitter after she indicated her support for the union and that he stopped promoting her work on Twitter. Three other Ringer employees at the time, who spoke on the condition of anonymity because they feared retaliation, said Mr. Simmons unfollowed them after they expressed support for the union as well.

The employees said the move was damaging to them because Mr. Simmons’s Twitter account, with its millions of followers, was a significant source of web traffic. Mr. Simmons declined to comment.

Around the same time, Mr. Simmons hired Ryen Russillo, a former ESPN colleague, to host a podcast. The union sought to include Mr. Russillo but management resisted, and the union eventually agreed to leave him out. Since that dispute, high-profile podcast hosts have joined The Ringer as contractors, who are ineligible to become union members, rather than as employees.

Four staff writers started at The Ringer this year, and several staff writers have received podcasting opportunities. Still, outside contractors have joined the company at a faster rate than employees, who complain that it is difficult to move up within the organization.

During negotiations, the union has made proposals that would limit the use of contractors and create a transparent system allowing staff writers to earn promotions based on seniority or achievements.

“If Spotify wants to make strides in original content they should do so by respecting the values of creators and recognizing our requests for guaranteed across-the-board annual increases, ownership of our derivative works and IP, and editorial pathways to promotion,” The Ringer Union said in a statement.

Ringer management has consistently rejected the union’s proposal on promotions without making a counteroffer, said two people with knowledge of the negotiations, which are continuing. Management made a counteroffer on the contractor proposal, and the two sides are still negotiating over the issue.

Spotify’s acquisition of The Ringer has brought benefits to staff members, including equity in the company and a monthly food stipend during much of the coronavirus pandemic. The increase in podcast content has also allowed The Ringer to increase the number of employees, such as producers.

“Throughout 2020, The Ringer has continued to hire new employees, increase the compensation of existing staff, prioritize diversity and invest in our business,” a Ringer spokesman said in a statement.