President Biden’s multitrillion-dollar suite of economic proposals is aiming to both reinforce and rebuild an American middle class that feels it has been standing on shifting ground. And it comes with an explicit message that the private sector alone cannot deliver on that dream and that the government has a central part to play.

“When you look at periods of shared growth,” said Brian Deese, director of Mr. Biden’s National Economic Council, “what you see is that public investment has played an absolutely critical role, not to the exclusion of private investment and innovation, but in laying the foundation.”

If the Biden administration gets its way, the reconstructed middle class would be built on a sturdier and much broader plank of government support rather than the vagaries of the market.

Some proposals are meant to support parents who work: federal paid family and medical leave, more affordable child care, free prekindergarten classes. Others would use public investment to create jobs, in areas like clean energy, transportation and high-speed broadband. And a higher minimum wage would aim to buoy those in low-paid work, while free community college would improve skills.

That presidents pitch their agendas to the middle class is not surprising given that nearly nine out of 10 Americans consider themselves members. The definition, of course, has always been a nebulous stew of cash, credentials and culture, relying on lifestyles and aspirations as much as on assets.

But what cuts across an avalanche of studies, surveys and statistics over the last half century is that life in the middle class, once considered a guarantee of security and comfort, now often comes with a nagging sense of vulnerability. 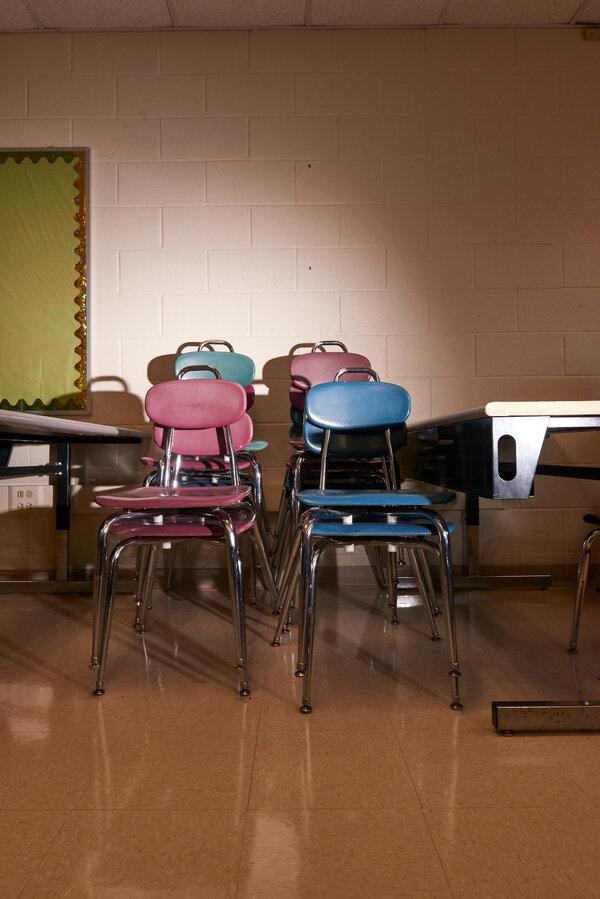 Before the pandemic, unemployment was low and stocks soared. But for decades, workers have increasingly had to contend with low pay and sluggish wage growth, more erratic schedules, as well as a lack of sick days, parental leave and any kind of long-term security. At the same time, the cost of essentials like housing, health care and education have been gulping up a much larger portion of their incomes.

The trend can be found in rich countries all over the world. “Every generation since the baby boom, has seen the middle-income group shrink and its economic influence weaken,” a 2019 report from the Organization for Economic Development and Cooperation concluded.

In the United States, the proportion of adults in the middle bands of the income spectrum — which the Pew Research Center defines as roughly between $50,000 and $150,000 — declined to 51 percent in 2019 from 61 percent 50 years ago. Their share of the nation’s income shrank even more over the same period, to 42 percent from 62 percent.

Their outlook dimmed, too. During the 1990s, Pew found rising optimism that the next generation would be better off financially than the current one, reaching a high of 55 percent in 1999. That figure dropped to 42 percent in 2019.

The economy has produced enormous wealth over the last few decades, but much of it was channeled to a tiny cadre at the top. Two wage earners were needed to generate the kind of income that used to come in a single paycheck.

Corrosive inequality was just the beginning of what appeared to be a litany of glaring market failures like the inability to head off ruinous climate change or meet the enormous demand for affordable housing and health care. Companies often channeled profits to buy back stock instead of using them to invest or raise wages.

The evidence was growing, liberal economists argued, that the reigning hands-off economic approach — low taxes on the wealthy, minimal government — was not producing the broad-based economic gains that sustained and grew the middle class.

“The unregulated economy is not working for most Americans,” said Joseph Stiglitz, a Nobel laureate in economics. “The government has an important role,” he emphasized, in regulating the private sector’s excesses, redistributing income and making substantial public investments.

Skeptics have warned of government overreach and the risk that deficit spending could ignite inflation, but Mr. Biden and his team of economic advisers have, nonetheless, embraced the approach.

“It’s time to grow the economy from the bottom and middle out,” Mr. Biden said in his speech to a joint session of Congress last week, a reference to the idea that prosperity doesn’t trickle down from the wealthy, but flows out of a well-educated and well-paid middle class.

He underscored the point by singling out workers as the dynamo powering the middle class.

Of course, the economy that lifted millions of postwar families into the middle class differed sharply from the current one. Manufacturing, construction and mining jobs, previously viewed as the backbone of the labor force, dwindled — as did the labor unions that aggressively fought for better wages and benefits. Now, only one out of every 10 workers is a union member, while roughly 80 percent of jobs in the United States are in the service sector.

And it is these types of jobs, in health care, education, child care, disabled and senior care, that are expected to continue expanding at the quickest pace.

Most of them, though, fall short of paying middle-income wages. That does not necessarily reflect their value in an open market. Salaries for teachers, hospital workers, lab technicians, child care providers and nursing home attendants are determined largely by the government, which collects tax dollars to pay their salaries and sets reimbursements rates for Medicare and other programs.

They are also jobs that are filled by significant numbers of women, African-Americans, Latinos and Asians.

“When we think about what is the right wage,” Mr. Stiglitz asked, “should we take advantage of discrimination against women and people of color, which is what we’ve done, or can we use this as the basis of building a middle class?”

Mr. Biden’s spending plans — a $2.3 trillion infrastructure package called the American Jobs Plan, and a $1.8 trillion American Families Plan that concentrates on social spending — aim to take account of just how much the work force and the economy have transformed over the past half-century and where they may be headed in the next.

The president’s economic team took inspiration from Franklin D. Roosevelt’s New Deal and the public programs that followed it.

After World War II, for instance, the government helped millions of veterans get college educations and buy homes by offering tuition assistance and subsidized mortgages. It created a mammoth highway system to undergird commercial activity and funneled billions of dollars into research and development that was used later to develop smartphone technology, search engines, the human genome project, magnetic resonance imaging, hybrid corn and supercomputers.

Mr. Biden, too, wants to fix roads and bridges, upgrade electric grids and invest in research. But his administration has also concluded that a 21st-century economy requires much more, from expanded access to high-speed broadband, which more than a third of rural inhabitants lack, to parental leave and higher wages for child care workers.

“We’ve now had 50 years of the revolution of women entering the labor force,” and the most basic necessities that make it possible for parents to fully participate in the work force are still missing, said Betsey Stevenson, a professor at the University of Michigan and a former member of the Obama administration’s Council of Economic Advisers. She paused a few moments to take it in: “It’s absolutely stunning.”

Right before the pandemic, more women than men could be found in paying jobs.

When it comes to offering this type of support, she added, “the United States is an outlier compared to almost every industrialized country.”

The administration also has an eye on how federal education, housing and business programs of earlier eras largely excluded women, African-Americans, Asians and others.

In the Biden plan are aid for colleges that primarily serve nonwhite students, free community college for all, universal prekindergarten and monthly child payments.

“This is not a 1930s model any more,” said Julian E. Zelizer, a political science professor at Princeton University.

And it’s all to be paid for by higher taxes on corporations and the top 1 percent.

Passage in a sharply polarized Congress is anything but assured. The multitrillion-dollar price tag and the prospect of an activist government have ensured the opposition of Republicans in a Senate where Democrats have the slimmest possible majority.

But public polling from last year showed widening support for the government to take a larger role.

“What is so remarkable about this moment is this notion that public investment can transform America, that these are things government can do,” said Felicia Wong, president of the left-leaning Roosevelt Institute. “This is fundamentally restructuring how the economy works.”