British Airways is on course to make up to 12,000 workers, more than a quarter of its workforce, redundant following a collapse in global travel due to the coronavirus crisis.

The airline’s parent company IAG said a restructuring and redundancy programme, that would primarily affect BA, was being put to trade unions as it looked to the future beyond the COVID-19 pandemic and the grounding of the vast majority of its fleet.

It reflected, the company said, group operating losses of €535m during the first quarter of the year – most of which were linked to BA. 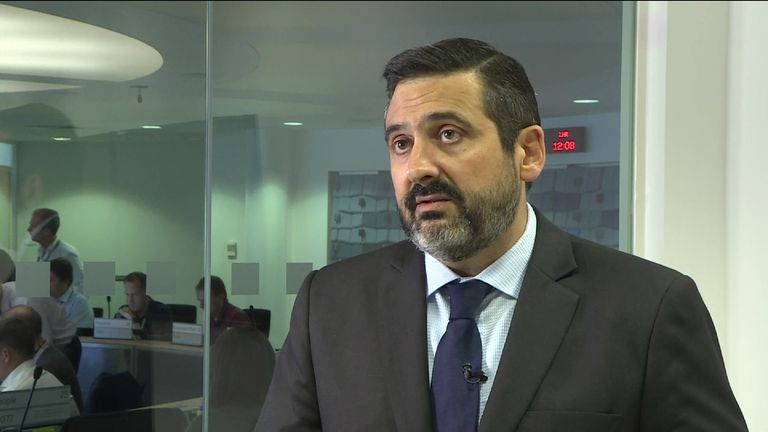 IAG said it expected the situation to deteriorate in the current second quarter.

Its statement read: “In light of the impact of COVID-19 on current operations and the expectation that the recovery of passenger demand to 2019 levels will take several years, British Airways is formally notifying its trade unions about a proposed restructuring and redundancy programme.

“The proposals remain subject to consultation but it is likely that they will affect most of British Airways’ employees and may result in the redundancy of up to 12,000 of them.

“As previously announced, British Airways has availed itself of the UK’s COVID-19 job retention scheme and furloughed 22,626 employees in April.”

The pilots’ union responded by signalling it would fight for every job.

The airline is not alone in feeling the strain, with rivals seeking state aid to help keep them in the air beyond the freeze in flights.

Lufthansa is understood to be in talks over a €9bn loan from the German taxpayer while Virgin Atlantic has admitted it will collapse without extra help amid loan negotiations with the British government.

In a letter to BA’s 42,000 workers, chief executive Alex Cruz said the airline had to “take action now” as there was “no government bailout standing by for BA” or loan that would resolve its long-term challenges.

He wrote: “We do not know when countries will reopen their borders or when the lockdowns will lift, and so we have to reimagine and reshape our airline and create a new future for our people, our customers and the destinations we serve.”

Mr Cruz added: “This has been a difficult message to write and one I never thought I would need to send.

“I know how tight-knit the BA family is, and how concerned you will be, not just for yourself but for your colleagues, too.

“We must act decisively now to ensure that British Airways has a strong future and continues connecting Britain with the world, and the world with Britain.”

The company gave no details on which areas of the business were likely to bear the brunt of the expected cuts.

Brian Strutton of the pilots’ union, Balpa, responded: “BA pilots and all staff are devastated by the announcement of up to 12,000 possible job losses in British Airways.

“This has come as a bolt out of the blue from an airline that said it was wealthy enough to weather the COVID storm and declined any government support.

“Balpa does not accept that a case has been made for these job losses and we will be fighting to save every single one.”