The owner of Primark says it expects to lose £1.1bn in sales during the first half of its financial year through the coronavirus crisis-enforced closure of its stores – with more to follow.

Associated British Foods, which has steadfastly refused to trade the discount fashion chain online, told investors that group sales and adjusted operating profits would be lower than last year during the six months to 27 February.

The company said that restrictions aimed at controlling the spread of COVID-19 across the UK and Europe during the period had “materially impacted” Primark’s performance with sales of £2.2bn expected – a fall of 40% on the same period in 2019/20. 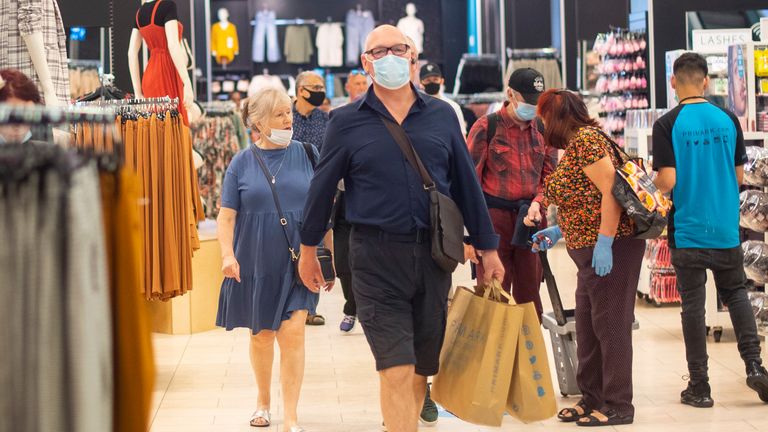 But ABF added that its other main interests, including sugar and ingredients, were all due to deliver sales and profits above expectations to mitigate some of the shortfall at Primark.

It forecast that continuing disruption during the second half of the financial year to August could result in an additional £480m hit to sales at store-only Primark – taking the total during the 12-month period beyond £1.5bn.

However, the company said that it expected to witness a repeat of previous lockdown easing, which resulted in a surge in sales from pent-up demand.

It was expected that 83% of the total store estate would be back open by 26 April compared to a current total of 22%.

ABF based the prediction on current government guidelines which, subject to pandemic data, is expected to result in all 153 Primark stores in England being allowed to reopen from 12 April.

The company’s 20 sites in Scotland were expected to follow on 26 April as high streets across the UK lick their wounds following a torrid year that has seen big store names, including TopShop and Debenhams disappear to an online-only future and many thousands of jobs lost.

David Kimberley, an analyst at the Freetrade investment platform, said the value had proved resilient despite the company’s Primark hit.

He wrote: “So much ink has been spilt over the past 12 months talking about our digital future and the do-or-die necessity of ecommerce. And yet Primark still doesn’t sell goods online and doesn’t seem like it’s planning to either.

“That’s certain to have infuriated some shareholders during lockdown, especially when you look at how the likes of Boohoo and ASOS have performed over the past 12 months.

“But ABF’s prudent cash management looks set to guide the group out of the pandemic. There’s also still strong demand for the Primark brand and plenty of room for it to grow in the years ahead.”