Eviction moratoriums are expiring, but millions of tenants are still relying on them. 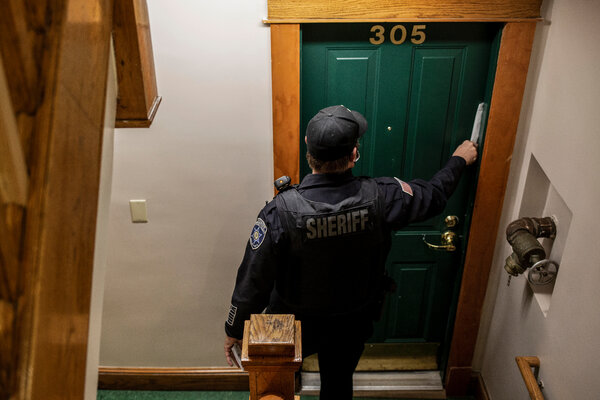 The housing market — like the broader economy — is split between two divergent tracks, according to the annual State of the Nation’s Housing Report released by Harvard’s Joint Center for Housing Studies on Wednesday.

While one group of households is rushing to buy homes with savings built during the pandemic, another group is essentially locked out of ownership as prices continue to rise. And millions of lower-income families who bore the brunt of the job losses during the pandemic remain saddled with debt and in danger of losing their homes, Conor Dougherty and Glenn Thrush report for The New York Times.

Roughly seven million tenants were behind on rent earlier this year. With savings tapped out and unemployment benefits set to lapse, the financial damage to low-income households remains severe enough that they will need more support if they’re to recover with the broader economy, the Harvard report said.

At the peak last year, the majority of states and large cities had some sort of heightened eviction protection in place, though the degree of protection varied widely. Many of those safeguards have expired over the past few months, and the federal eviction moratorium issued by the Centers for Disease Control and Prevention in September is set to lapse at the end of the month.