NEW YORK/LOS ANGELES (Reuters) – The coronavirus pandemic is upending the way U.S. consumers shop and the holidays will be no exception as major retailers and shippers roll out their earliest-ever shopping season. 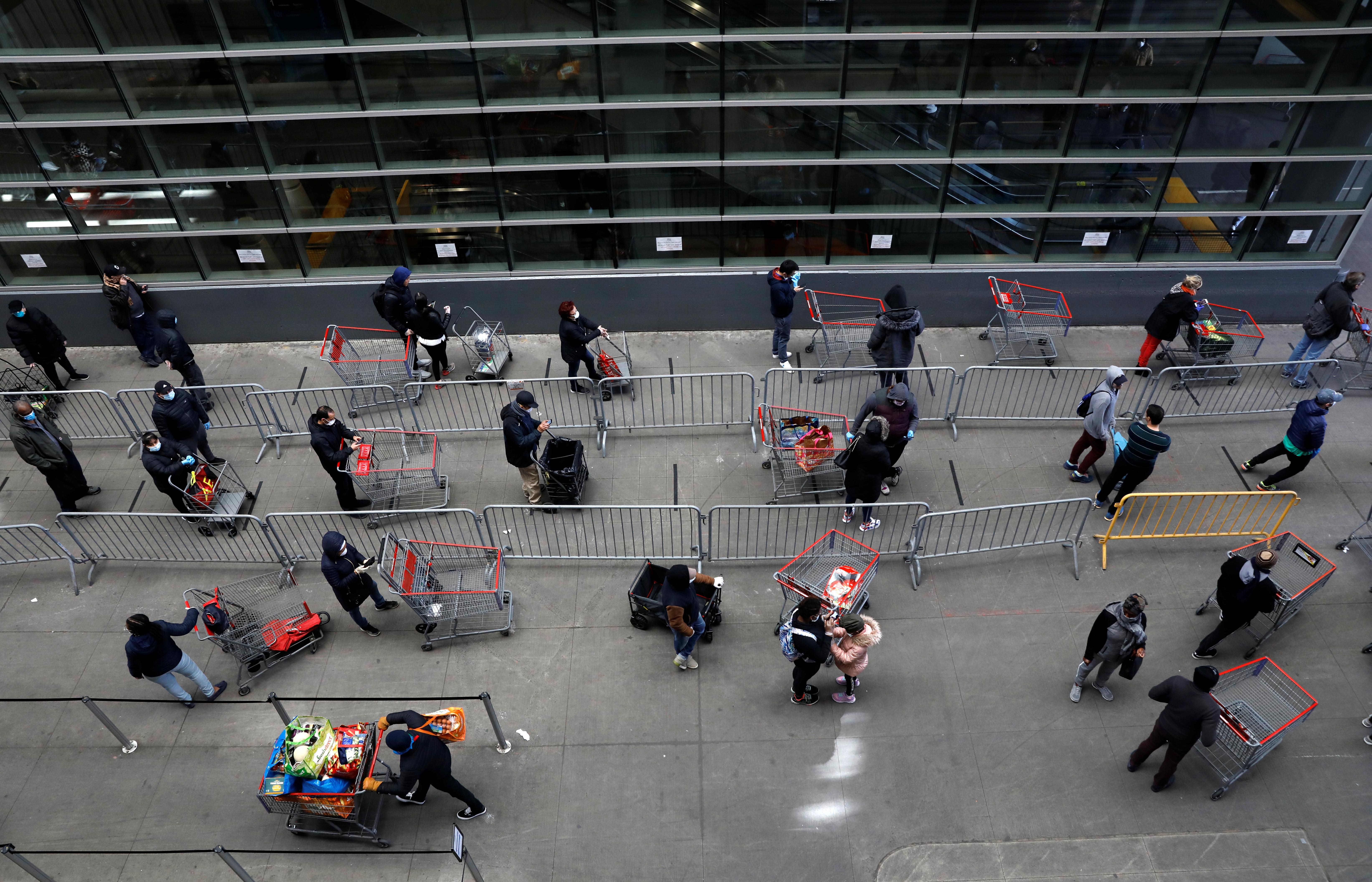 Target (TGT.N), Best Buy (BBY.N) and Kohl’s (KSS.N) have moved winter holiday promotions up to as early as October. They also joined rival Walmart (WMT.N) in announcing store closures on Thanksgiving and plans to bypass the midnight Black Friday door-buster sales that traditionally mark the start of the holiday season but are incompatible with the pandemic’s social distancing recommendations.

Kohl’s Chief Executive Michelle Gass said on Tuesday that “a holiday season like no other” means emphasizing comfortable apparel, home essentials and kids’ toys, all categories that have performed well as shoppers largely opt to remain at home.

Target CEO Brian Cornell on Wednesday said the retailer will stress same-day delivery and add thousands of items available via these services, including more gifts and essentials during the “very different holiday season.” Same-day delivery takes strain off delivery firms like United Parcel Service (UPS.N) and FedEx (FDX.N) because it’s done by “gig” drivers for companies like Shipt, DoorDash and Postmates.

One supplier to a big box retailer told Reuters that the chain is bracing for a 30% decline in holiday spending this year, though the National Retail Federation (NRF) trade group has yet to release its holiday forecast.

“It’ll be interesting to see if stores even have Black Friday sales or are open on Black Friday,” said Randy Hare, portfolio manager at Huntington Private Bank, who says he is “starting to think about how we want to be positioned into the holiday season.”

Some logistics firms are urging retail clients to pace promotions – for example, pushing big-screen TVs one week and holiday sweaters the next – to ease the crush.

“It can’t be a blitz of every single you product you have online. Let’s pick and choose,” said Scott Sureddin, DHL Supply Chain CEO for North America.

Ecommerce is expected to reach a record 15% of all U.S. sales this year, according to research firm eMarketer, and retailers are scouring their operations for opportunities to wring out costs. They aren’t getting any breaks from delivery companies, which are slapping hefty surcharges on holiday packages and cherry-picking business by limiting shipments on some customers.

Logjams at the U.S. Postal Service – which according to Rakuten Intelligence now handles almost 40% of last-mile home deliveries – are taxing the U.S. shipping network, which is bracing for a holiday volume spike on top of pandemic-fueled demand that shippers characterized as a “second Christmas.”

Average daily package volume at UPS hit 24.4 million during the second quarter, almost 92% what it was during the fourth-quarter holiday peak.

Demand is so robust that the USPS announced its first-ever holiday surcharge – joining UPS and FedEx.

“We know that online shopping picks up over the holidays and the system is already pressed to meet that sort of demand,” said Mark Mathews, vice president of research at the NRF. “If you’ve got a situation where you’re adding another 10 or 20% to that, which is well within the realm of a possibility, that creates real challenges.”

Retailers are struggling to keep their shelves stocked for any holiday purchases while avoiding getting stuck with too much unsold merchandise if anxious shoppers decline to open their wallets. The NRF recently forecast a 9.4% decline in total container imports this year.

By starting promotions early – in some cases before Halloween – retailers risk giving shoppers holiday fatigue. But analysts and investors say the idea could help draw shoppers back. Footfall in retail centers remained just a quarter of last year’s levels, data gathered by analytics firm Springboard showed, increasing by a mere 5% since early June.

The July 31 expiration of a $600 weekly unemployment benefit, which pumped $18 billion per week into the economy, is expected to jolt consumer sentiment and spending in coming months.

This week, Walmart, Kohl’s and Target all reported that the back-to-school season – the second most important for retailers – has been “choppy,” “slow” and “uncertain,” as rampant U.S. COVID-19 infections threw school reopenings into doubt and shoppers had little-to-no need for backpacks and uniforms.

On Wednesday, Target, which clocked its best quarterly comparable sales growth and online revenue that nearly tripled, announced it would extend back-to-school deals and offerings.