Fracking Once Lifted Pennsylvania. Now It Could Be a Drag.

Natural-gas companies operating in the state were looking shaky before the coronavirus hit. Local economies are now at risk. 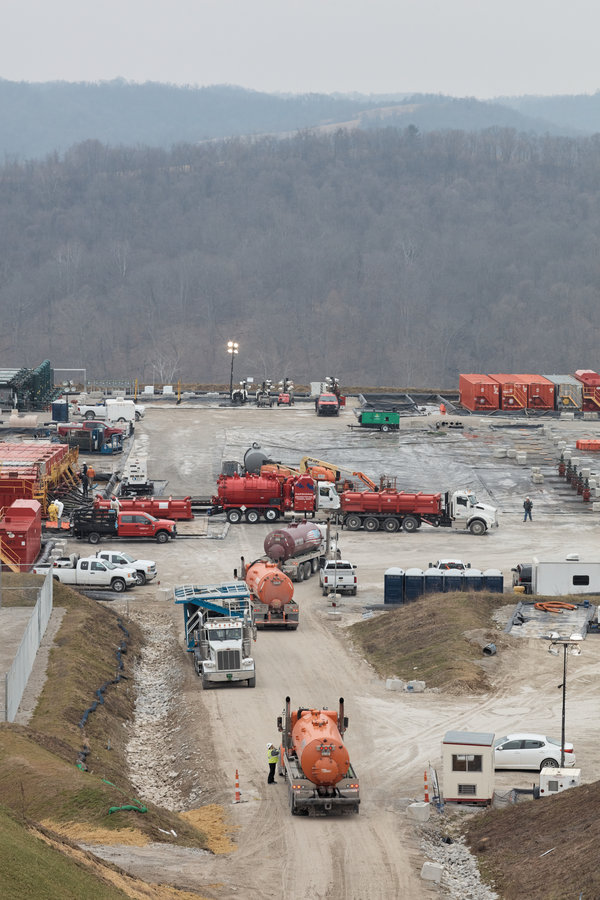 CARMICHAELS, Pa. — The last time the global economy was in free fall, an economic savior showed up in southwestern Pennsylvania. Energy companies, which had discovered a way to get at the state’s vast natural-gas reserves, invested billions of dollars in the region, cushioning the blow of the Great Recession.

“There were just so many jobs,” Debbie Gideon, a retired community banker, recalls. “It was crazy.”

But 12 years later, as the region braces for the coronavirus recession, natural-gas companies are much more likely to weigh on the local economy than to rescue it.

Even before the latest shock, gas operators were reeling from self-inflicted wounds. They had taken on too much debt and drilled so many wells that they had flooded the market with gas, sending its price into a tailspin.

To conserve cash, the firms have been frantically slashing investments, cuts that will pummel local suppliers and contractors. “Every time one of these slowdowns occurs, they beat down every vendor they can,” said Steve Stuck, president of Jacobs Petroleum in Waynesburg, which supplies diesel to the natural-gas operators.

Pennsylvania, home to the United States’ first major oil wells and a large coal producer for decades, has a long history with the fossil fuel industry. That was a reason the state, unlike New York, allowed gas companies to use hydraulic fracturing — or fracking — to extract gas from the Marcellus Shale formation, estimated to be the largest gas field in the United States.

To many businesspeople and residents, the bet has paid off, not least by creating many well-paying jobs in struggling parts of the state. And though the industry, which Pennsylvania has allowed to operate through the coronavirus emergency, goes through ups and downs, they expect it to remain an important part of their economy for years to come.

“I don’t think we’ll ever get to the bust, because we have 40 to 60 years of gas,” says Mike Belding, a former Marine helicopter pilot and now a commissioner for Greene County. “That’s past our lifetimes.”

But there are strong signs that this natural-gas shakeout could grind on longer than others. And if it does turn into a rout that leads to large layoffs and business closures, Pennsylvania may have to reassess its great shale experiment.

“There is not a lot of knowledge of how fragile these companies are,” said Veronica Coptis, executive director of the Center for Coalfield Justice, which has often been critical of the coal and shale industries. “And when the companies start to struggle financially, the people who get hurt the most are the employees.”