Business Get Your Hand Sanitizer Costume. Halloween Is Still Happening.

Sales of Halloween outfits and decorations have been surprisingly strong this year, with some seeing the holiday as a last hurrah before winter and the pandemic send people back inside. 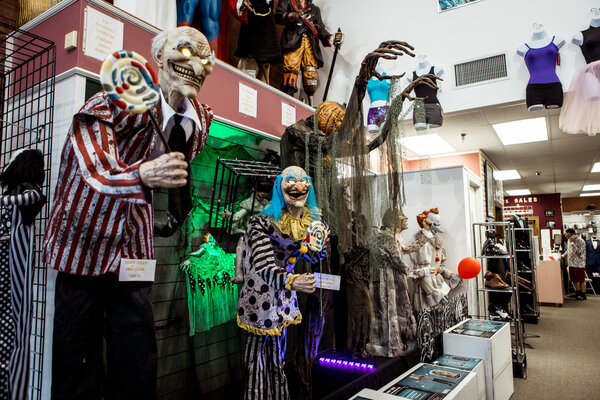 By Sapna Maheshwari and Gillian Friedman

Scott Morris, the co-owner of Morris Costumes in Charlotte, N.C., has slept at the office for the past 50 days — but he isn’t complaining.

His company, which distributes Halloween costumes and décor and operates the Halloween Express chain, has been racing to meet demand for a holiday that, earlier this year, seemed as if it might not happen as it usually does. Retailers that typically place orders between May and July largely held off, nervous about whether people would dress up and go out during a pandemic.

“Then they all woke up in early August and said, ‘Oh my gosh, Halloween is going to happen,’” Mr. Morris said last week in an interview.

So began a mad dash for a business that is surprisingly robust this year — with certain twists. Coronavirus-related costumes like hand sanitizer, disinfectant wipes and illustrations of the virus itself have boomed, Mr. Morris said. People are also dressing up as rolls of toilet paper in a nod to the obsessive stockpiling of the item during the early months of the pandemic. The e-commerce surge has Morris Costumes mailing out as many as 30,000 packages a day. 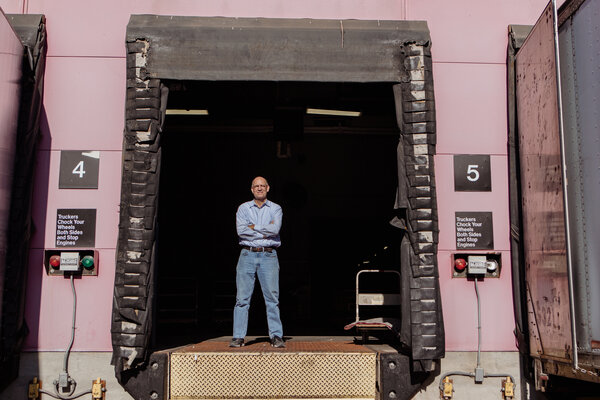 There are fewer costumes tied to recent movies, however, given the fact that Hollywood is mostly on pause. And despite the internet’s enthusiasm for a “sexy hand sanitizer” costume, Mr. Morris said the “sexy costume category” had perhaps struggled the most in this unusual year.

“Most of that is worn by college people going to bars, and I think that a lot of the bars are going to be shut down,” he said.

The outlook for Halloween was as grim as a reaper at the outset of the pandemic, with companies like Hershey cutting back on candy packaging tied to trick-or-treating and some pop-up retailers for spooky wares waiting to secure physical spaces. But in the past two months, many Americans have leaned into fictional fright in an all-too terrifying year. They are going all out on decorations like inflatable witches and hanging skeletons as part of a broader spending blitz on home goods, and they are snapping up costumes as they look to celebrate Halloween safely, with many viewing it as a last outdoor hurrah before winter descends.

“Halloween is turning out to be the last potential holiday that people can celebrate, either outside under a patio with some heating lamps or being able to trick-or-treat, before Thanksgiving hits,” said Robert Berman, chief executive of Rasta Imposta, a costume seller. “The whole family is getting into the spirit because everyone keeps saying we need Halloween, we need something for the kids,” added Mr. Berman, who is closely involved with the Halloween & Costume Association trade group.

The National Retail Federation, an industry group, expected Halloween consumer spending to hit about $8 billion this year, a decline from $8.8 billion last year, as a result of fewer Halloween parties, trick-or-treating and haunted house visits. But enthusiasm around costumes and decorations has persisted.

“We have sold more decorations, more animated props than we ever have in the history of our company,” which dates back to 1965, said Mr. Morris, who owns the business with his sister Terri Bate. People are “dressing up the house much more,” he said.

Even people abstaining from trick-or-treating are donning new get-ups, often for Facebook and Instagram, said Mr. Berman, whose sales have also increased. He likened this year’s quest for lighthearted costumes to the Halloween after the Sept. 11 terrorist attacks. While some customers have shied away from costumes that depict images of the coronavirus itself, people have embraced outfits that, he said, reflect “the culture of what we’re faced with now.”

“They’re doing fun things like the sanitizer bottle or disinfectant,” Mr. Berman said. “People are going to be toilet paper — you can either be a full roll of toilet paper or the brown cardboard tube with a little piece of toilet paper stuck to it.” He shared a picture of a group costume involving both outfits along with a third person dressed as feces.

Still, the popularity of Covid-19-related costumes is somewhat inadvertent.

“The challenge with costumes is it’s kind of like the stock market in that you have to buy the product six, eight months in advance of the holiday,” Mr. Morris said. “You really don’t know what’s going to sell, you just say ‘yes’ to it. The hand sanitizer — I thought that would be OK, but we’re absolutely sold out.”

While traditional Halloween costumes like witches, ghosts and Disney princesses are still selling, many Americans are buying and making homemade versions of costumes that reflect 2020.

Jen Dibert, a 43-year-old in Silverdale, Wash., has made her daughter’s Halloween costume by hand every year for more than two decades. But as this year’s holiday approached, Ms. Dibert and her daughter Savannah, 26, struggled to come up with a costume that would suit such a strange and tumultuous time.

Then the idea came to Ms. Dibert.

Savannah will wear a doily around her neck to symbolize the passing of Justice Ruth Bader Ginsburg and don a “Make America Great Again” cap as a nod to the upcoming election. She will wear a mullet wig, a mustache and carry a plastic tiger to represent the hit Netflix show “Tiger King.”

Additional touches include a giant papier-mâché murder hornet on her back and sticks and felt flames on her boots to represent the West Coast wildfires. And to symbolize the pandemic, she will wear a mask underneath her chin and carry a grocery store basket filled to the brim with — what else? — toilet paper rolls.

She will wear the outfit to a Halloween party at a popular local bar, where she hopes to win the costume contest.

Ms. Dibert, who does not wear a mask in public because she says she does not believe the government has the right to tell individuals what to do, hopes the party will be a chance for her daughter to enjoy a night of fun after so many months of being cooped up inside.

“I hope it just feels like it’s another Halloween and that nothing is different that day, unlike the rest of this year,” Ms. Dibert said. “I just want her to feel normal and have some fun.”

While Mr. Berman, like many other business owners, has welcomed the volume of Halloween sales given the uncertainty of the moment, he noted that before the pandemic, 2020 was poised to be a bonanza for the holiday and party industry.

“It was going to be the year when Valentine’s Day fell on a Friday, Cinco de Mayo fell on ‘Taco Tuesday,’ July Fourth was a weekend,” Mr. Berman said, adding, “Halloween was on a Saturday, daylight saving day and a blue moon. So it was this crazy perfect Saturday Halloween and then Christmas and New Year’s Day also fell on Fridays or Saturdays. It was the perfect, perfect, perfect storm for the party industry.”

He added: “2020 should have been the greatest year ever and it turned out a bit different. So are products selling and are things better than what they could have been? Yes. Could it have been better if Covid didn’t happen? Yes.”