Higher inflation is among the risks facing the economic recovery, the I.M.F. warns. 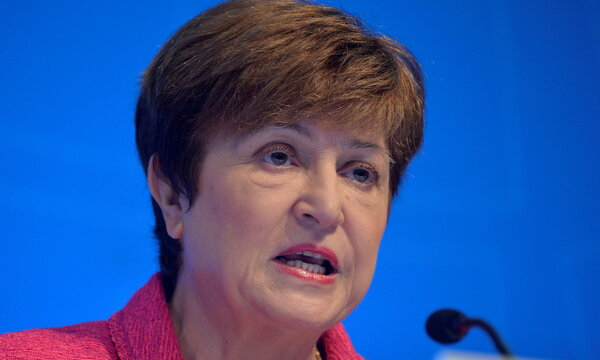 Rising inflation, particularly in the United States, is among the risks facing the global economy amid a “worsening two-track recovery,” the International Monetary Fund warned on Wednesday.

“There is a risk of a more sustained rise in inflation or inflation expectations, which could potentially require an earlier-than-expected tightening of U.S. monetary policy,” Kristalina Georgieva, the I.M.F. managing director, wrote in a blog post.

The I.M.F., which is based in Washington, forecasts the United States economy to grow 7 percent this year, the fastest pace since 1984, and said that although this speedy recovery could benefit many other countries by increasing trade, there is the risk that it could raise the inflation rate, leading to other problems.

Higher interest rates could lead to a “sharp tightening” of financial conditions around the world and “significant capital outflows” from emerging economies, she wrote. This could cause “major challenges” to countries with high debt levels.

For now, however, inflation expectations are stable, Ms. Georgieva wrote.

Federal Reserve policymakers have been grappling with data showing faster than expected increases in prices and several months of wage growth. But their mandate is promote price stability, and most officials expect this period of high inflation to be just temporary.

Even while warning about the risk of inflation, Ms. Georgieva said that monetary stimulus was also needed to aid the economic recovery. “In countries where the recovery is accelerating, including the U.S., it will be essential to avoid overreacting to transitory increases in inflation,” she wrote.

Central banks will have to carefully communicate their future monetary policy plans to avoid bouts of market volatility, she added.

Ahead of the meeting of finance ministers and central banks from the Group of 20 countries in Italy at the end of this week, Ms. Georgieva wrote that global leaders needed to work together to ensure wider and faster access to vaccines, to save hundreds of thousands of lives and to curb the emergence of new variants that threaten the global exit from the pandemic. The uneven recovery was being caused by the gulf in access to vaccines, divergent infection rates and differences in the capabilities of governments to provide fiscal support.