How One Entrepreneur Changed Her Business Model in the Pandemic

Sarah Figueroa started Geojam with the goal of connecting fans at concerts. When those events were halted, the company decided to connect fans directly to the artists. 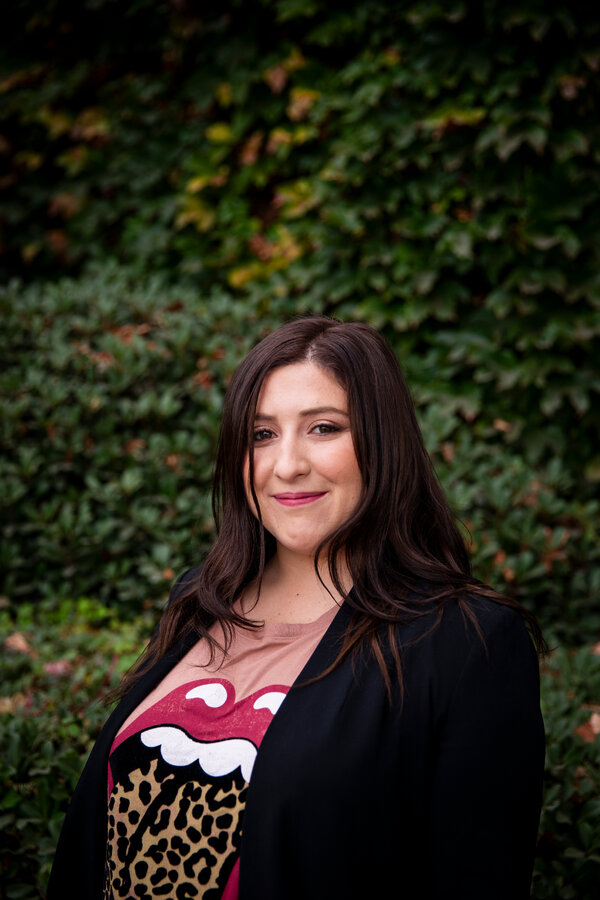 Sarah Figueroa had worked for several years to build a company, called Geojam, that would connect fans at concerts and give sponsors a look at what was working and what wasn’t.

“The dream was to connect people through music, in real life,” Ms. Figueroa said. “I’m at a concert. You’re also a fan. Let’s link up.”

Geojam, started last year, was going to meld her interests in social media, marketing, live events and music. The company planned a 50-college tour at the start of this year to test the idea.

“We had artists at every single school,” she said. “Colleges were competing to win a free concert. Our investors were so excited.”

Then, of course, the pandemic happened.

Yet for Geojam, that wasn’t the end of the story. While the pandemic vastly curtailed live events, which like the hospitality, restaurant and travel industry ground to a near halt, the company and the artists found a way to come together.

In March, Ms. Figueroa decided to use her company’s technology to directly connect artists with their fans, with a similar engagement model. More social media interactions around a particular artist equated to greater reward points for fans, who could exchange them for interactions with an artist, like one-on-one FaceTime calls, Zoom cooking classes or even an appearance in an advertising campaign.

What Ms. Figueroa, her two co-founders and investors were able to do isn’t going to work for everyone. But their pivot may offer useful lessons to other entrepreneurs regardless of their wealth and experience. And those lessons may come in handy as coronavirus cases rise again and small businesses that have made it this far struggle to get through a tough winter.

Have multiple lines within a business. Geojam was not Ms. Figueroa’s first venture. At age 26, she already had a hit (Undorm, which she started while in college to advertise apartments to college students and social organizations), a miss (Lenzjam, which she called a too-early version of TikTok) and one so-so venture (One Box Agency, a music marketing agency that gave her the idea for Geojam).

She was eager to test the concept of rewarding fans for their enthusiasm while compensating artists and turning a profit. In the live event model, there would have been plenty of sponsor cash to support Geojam’s planned data mining of fans’ reactions to sponsors’ marketing efforts. It was the kind of microtargeting that sponsors are eager to have.

When the pandemic derailed that model, Geojam began tracking how often fans were streaming particular artists, for example, and rewarding them with the points. At the same time, it paid artists for their time — money that came from outside investors.

“We’re still tracking what events people are attending, through livestreams on the Geojam platform,” Ms. Figueroa said. “We can also see what things they’re viewing and purchasing in the jam shop.”

That’s useful data she would not have had otherwise. She learned, for example, that fans of electronic music would rather get unique merchandise than have a direct experience with an artist. As a result, Geojam asked Dylan Matthew, an electronic musician, to create a custom jean jacket to promote his new EP.

Geojam enabled Yung Pinch, a young hip-hop artist with a following within California beach culture, to connect with fans through FaceTime and earn money for each video call he did.

“I’ve always been super-interactive with my fans,” he said. “A D.M. now and again. But this is definitely new.”

He’s also played video games with fans and is running a contest to be in a music video. It’s a far cry from touring, when he would meet fans after a show. But it’s a way to stay engaged and keep himself busy, he said.

The company has helped artists who are established in other areas use this time to go in new directions. Ava Michelle, who starred in the Netflix film “Tall Girl,” used the platform to connect her film fans with new music she was releasing. It has also helped her connect her fans to the different brands she endorses, she said.

A more established artist like the rapper Machine Gun Kelly used Geojam to introduce his new album, “Tickets to My Downfall.” Before the pandemic, Machine Gun Kelly was doing hundreds of concerts a year, said his manager, Andre Cisco.

“We’re usually one of the top five touring artists in the world,” Mr. Cisco said. “Once the reality of the pandemic hit, we realized we had to keep the boat moving.”

There are now two billboards up in Los Angeles with an image of Machine Gun Kelly from his album and fans, shot separately, next to him. “It just seemed like something that would appeal to our fans,” Mr. Cisco said. “With limited shows, we want to keep as much energy in the fan base as we can and give them the incentive to listen to records and get once-in-a-lifetime opportunities.”

Ms. Figueroa was then able to show his record label that they could get significant fan support for a fraction of the cost of a normal marketing campaign. “The billboards are an 80 percent reduction of what M.G.K. would normally cost to promote on social media,” she said. “We’re investing in his promotion so we can build case studies of how these experiences work, and charge for these experiences going forward.” 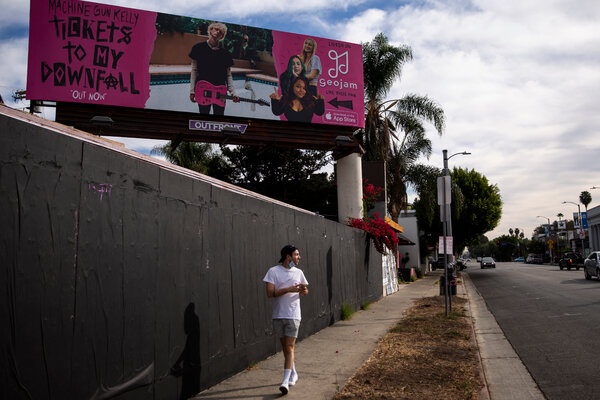 Keep asking for money. While the products and experiences are free to fans, they’re not free to do. The company needs money to pay the artists and the companies it works with.

Ms. Figueroa was raising the company’s initial round of investments when the pandemic struck. She ended up raising $350,000 in the worst of the lockdown and closed the funding round at $1.65 million.

“I think the investors analyzed the deck more” ahead of Zoom calls, she said. “There was a little less emotion in the meeting. We were in beta, so they were looking at what we had. It was also helpful that we only had $350,000 left in our round.”

Jeffrey D’Alessio, an independent investor who made the last investment of the round six weeks ago, said he had gotten to know the company in the pandemic and had not met any of the principals in person. But he made the investment after several Zoom calls because he was impressed with how they had adapted the platform.

“They had the knowledge, the marketing ability and the strategy to go one way,” he said. “Considering the pandemic, they went another way. That did not dilute all the other things they did. They already had strong relationships with top artists.”

Brian Mac Mahon, who runs Expert Dojo, which invests in companies owned by women or immigrants, made his investment in Geojam at the start of the pandemic. He said he had invested $100,000 and planned to make future investments.

“When they came to us, they said artists need to have deeper relationships with fans and those who do will have more fans and make more money,” he said. “I loved the idea pre-pandemic. To me, they haven’t pivoted — it’s the digital engagement with fans that will determine success or failure.”

One was Marcie Allen, who has arranged sponsorships for live events like South by Southwest and Billy Joel’s extended residency at Madison Square Garden.

“I’ve worked for her for several years and knew that she would be able to pivot,” said Ms. Allen, who also teaches at New York University. “They’re in essence a tool provided to artists and their managers to create unique experiences. Now, they’re providing revenue streams for artists and a promotional opportunity.”