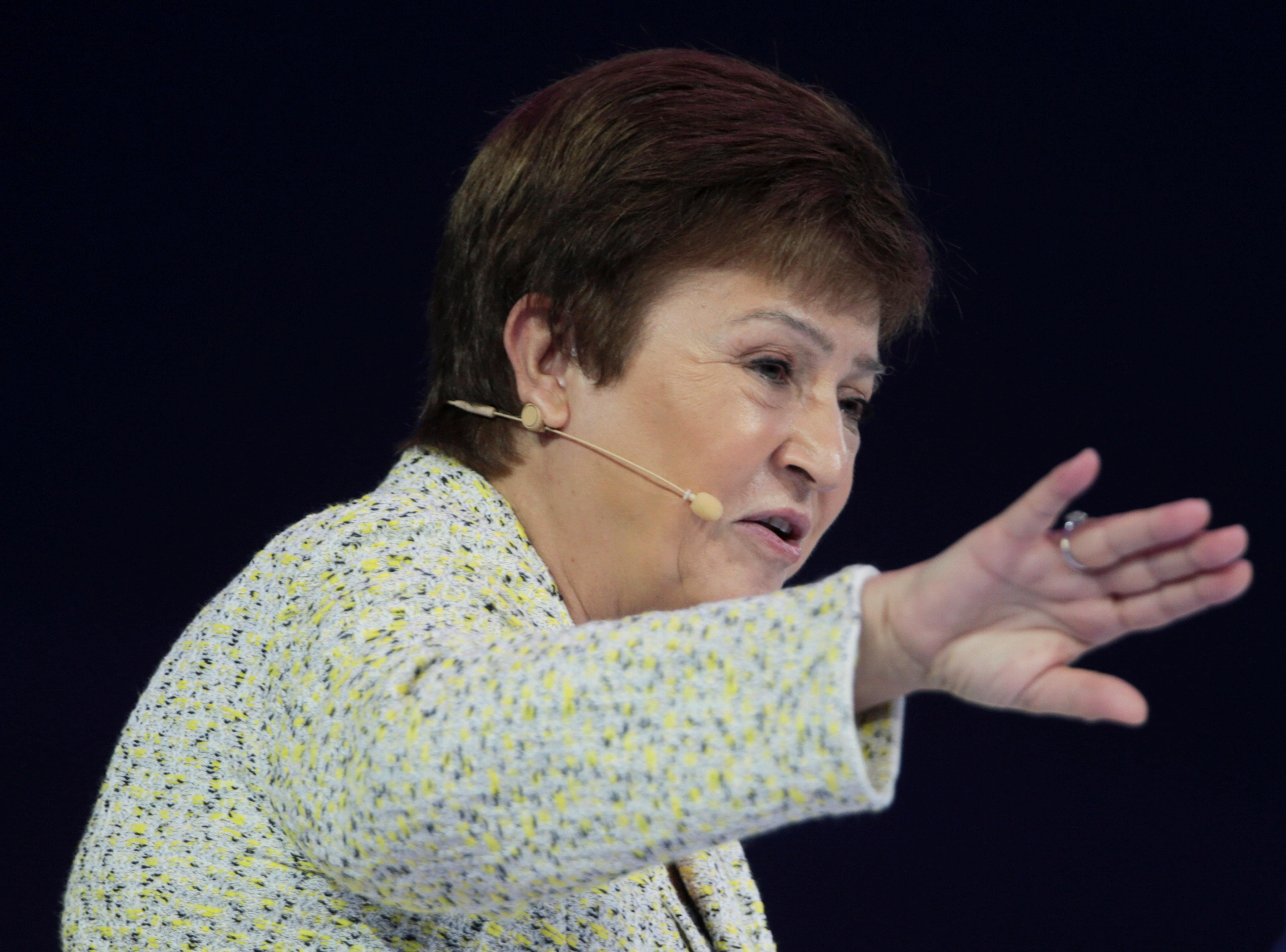 WASHINGTON (Reuters) – International Monetary Fund Managing Director Kristalina Georgieva said on Wednesday the Fund was deploying all its resources and was looking to triple its concessional financing for the poorest countries to over $18 billion.

“We have full support of the membership to go on the offensive to raise more capacity for concessional funding from the IMF. Our target is to triple what we do for those countries,” she told a press briefing held by videoconference.

Earlier, Georgieva issued a statement to a G20 finance ministers and central bank governors meeting, saying the Fund was “urgently seeking $18 billion in new loan resources for the Poverty Reduction and Growth Trust, and will also likely need at least $1.8 billion in subsidy resources.”

There was “emerging consensus” to deploy existing Special Drawing Rights to allow more lending to developing countries, she told the briefing.

But her sentiment on the SDRs — the IMF’s unit of exchange — was at odds with a statement from G20 finance leaders that said the group had reached no consensus over the use of SDRs, either through a new allocation or through lending “excess” SDRs to poor countries.

A new allocation of SDRs to IMF members, akin to a central bank “printing” new money, could add hundreds of billions of dollars in new liquidity, but the United States has opposed the move, in part because it would provide ample resources to countries with no conditions to China and Iran, Reuters has reported.

The G20 officials did call on the IMF “to explore additional tools that could serve its members’ needs as the crisis evolves, drawing on relevant experiences from previous crises.”

The IMF issued $250 billion in new SDRs to member countries in 2009, a move that boosted liquidity and market confidence during the depths of the last financial crisis.

Georgieva said she was hopeful that a consensus built around a G20 deal to allow poor countries to suspend payments on official bilateral debt would set the stage for more consensus to expand IMF resources to deal with fallout from the pandemic.