Business Investors are waking up to a possible Biden victory in U.S. presidential election

NEW YORK (Reuters) – Investors are increasingly preparing for market volatility ahead of the U.S. presidential election, with some shifting stock positions and selling the dollar, as Democratic contender Joe Biden maintains a lead against President Donald Trump in opinion polls. 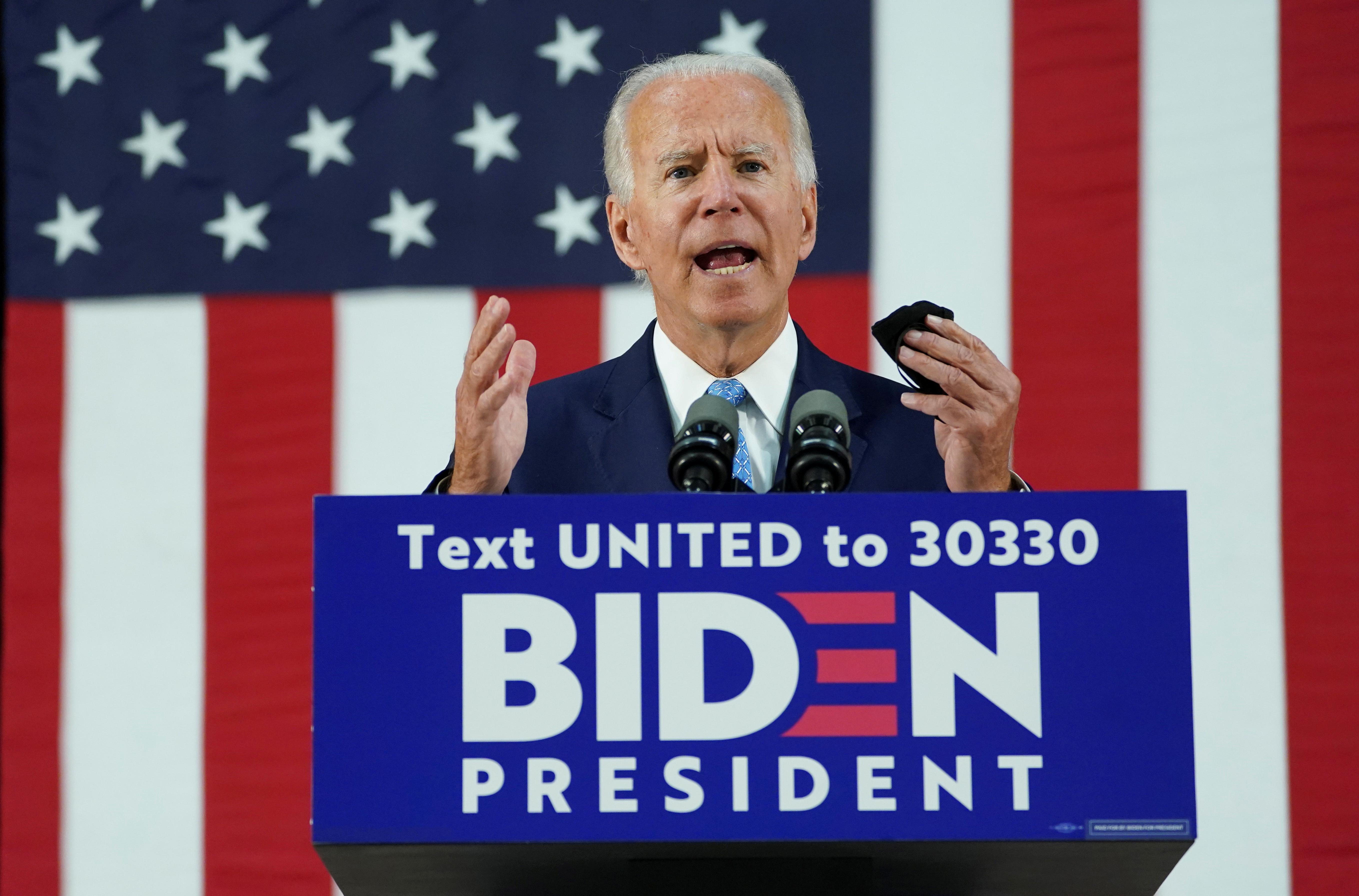 Plenty can change in the four months before the Nov. 3 vote, and many investors remain focused on whether a resurgence of the coronavirus will damage a nascent U.S. economic rebound.

Some money managers, however, are already preparing for the possibility of a Biden victory by betting against the dollar and cutting their positions in U.S. stocks.

“The president’s poll numbers have fallen off a cliff,” said Phil Orlando, chief equity market strategist at Federated Hermes. “The market is looking at this and saying, ‘If the election were held today Biden would win.’”

For a graphic on Trump’s dipping poll numbers:

A Biden victory – as well as a possible Democratic sweep of the House and Senate – could threaten policies championed by Trump and generally favored by Wall Street, including lower corporate tax rates and fewer regulations, analysts said.

Despite the sharp coronavirus-fueled dip, the S&P 500 .SPX is up about 37% since Trump took office. The index gained 85% and 79% during the first terms of Presidents Barack Obama and Bill Clinton, respectively.

Under Biden, the corporate tax rate is likely to increase to 28%, reversing half of the cut enacted by Trump and the Republican-led Congress in late 2017, according to Amundi Pioneer Asset Management.

That could reduce S&P 500 earnings by roughly $20 per share, driving investors out of U.S. stocks and hurting the dollar, said Paresh Upadhyaya, portfolio manager at the firm who is betting against the greenback.

For a graphic on U.S. Dollar Index & CFTC Positions:

Potential new regulation from a Democratic administration could be a headwind for energy and financial stocks, analysts at UBS Global Wealth Management said in a note to investors.

The BlackRock Investment Institute recently cut its ratings on U.S. equities to neutral on concerns of fading fiscal stimulus and election uncertainty.

“The two parties are as far apart on policy as they have ever been, making the result consequential for markets,” BlackRock’s analysts said in a note.

Orlando of Federated Hermes has raised his cash allocation as coronavirus cases have grown and Trump’s poll numbers sagged. He plans to reduce positions in dividend-paying stocks if Trump’s slide in the polls continues on concerns about increased taxes on dividends and capital gains.

Plenty of investors remain unconvinced that a Biden victory or Democratic sweep would bode ill for stocks, especially as the Federal Reserve is expected to backstop the U.S. economy if needed.

“As long as (stimulus) stays constant … you will continue to have some ballast in terms of asset prices,” said Sam Hendel, president at Levin Easterly Partners.

Some investors are also wary of putting too much faith in polls, after many failed to predict the UK’s decision to exit the European Union in 2016 and Trump’s election victory that year.

Traders in the options market are betting on a surge in volatility around the election. The S&P options market is implying an election-related move of 5-5.5% compared to an average absolute 1-day move of 2.92% in the past three elections, according to Christopher Murphy, co-head of derivatives at Susquehanna Financial Group.