In a sometimes testy hearing before the Senate Banking Committee, Mnuchin and Federal Reserve Chair Jerome Powell said the nearly $3 trillion in coronavirus rescue programs rolled out by the federal government over the past two months were working to support an economy devastated by the novel coronavirus.

But the Treasury and Fed chiefs faced tough questions over whether the administration’s plans to quickly reopen the economy in the wake of lockdowns imposed in March and April would leave low-wage workers without adequate protections from the virus.

Congress is considering legislation that would free up trillions of dollars of additional aid to further bolster the economy, help states and increase pay for essential workers who are doing some of the most dangerous jobs.

President Donald Trump has been criticized for initially downplaying the pandemic, which has now killed more than 90,000 Americans, and not ensuring that enough medical supplies were in place to battle the virus.

“How many workers should give their lives to increase the GDP or the Dow Jones by 1,000 points?” asked Senator Sherrod Brown, the committee’s top Democrat.

“No workers should give their lives to do that, senator, and I think your characterization is unfair. We have provided enormous amounts of equipment,” Mnuchin replied.

Powell said new Treasury-backed Fed lending programs aimed at mid-size companies and municipal bond markets would be up and running by the beginning of June. Only a “fairly modest” amount of money has gone out through the Fed credit programs so far.

The U.S. central bank has slashed interest rates to near zero and set up a broad network of programs to ensure financial markets continue to function during the pandemic. It has also established precedent-setting lending facilities for companies and the first-ever corporate bond purchases.

Initial recipients of the $660 billion Paycheck Protection Program, which provides forgivable loans to small businesses, are nearing the end of their 8-week loan terms, and calls by senators for extensions increased during Tuesday’s hearing.

Mnuchin said he hoped to reach a bipartisan agreement “technical fix” that would extend the loans. 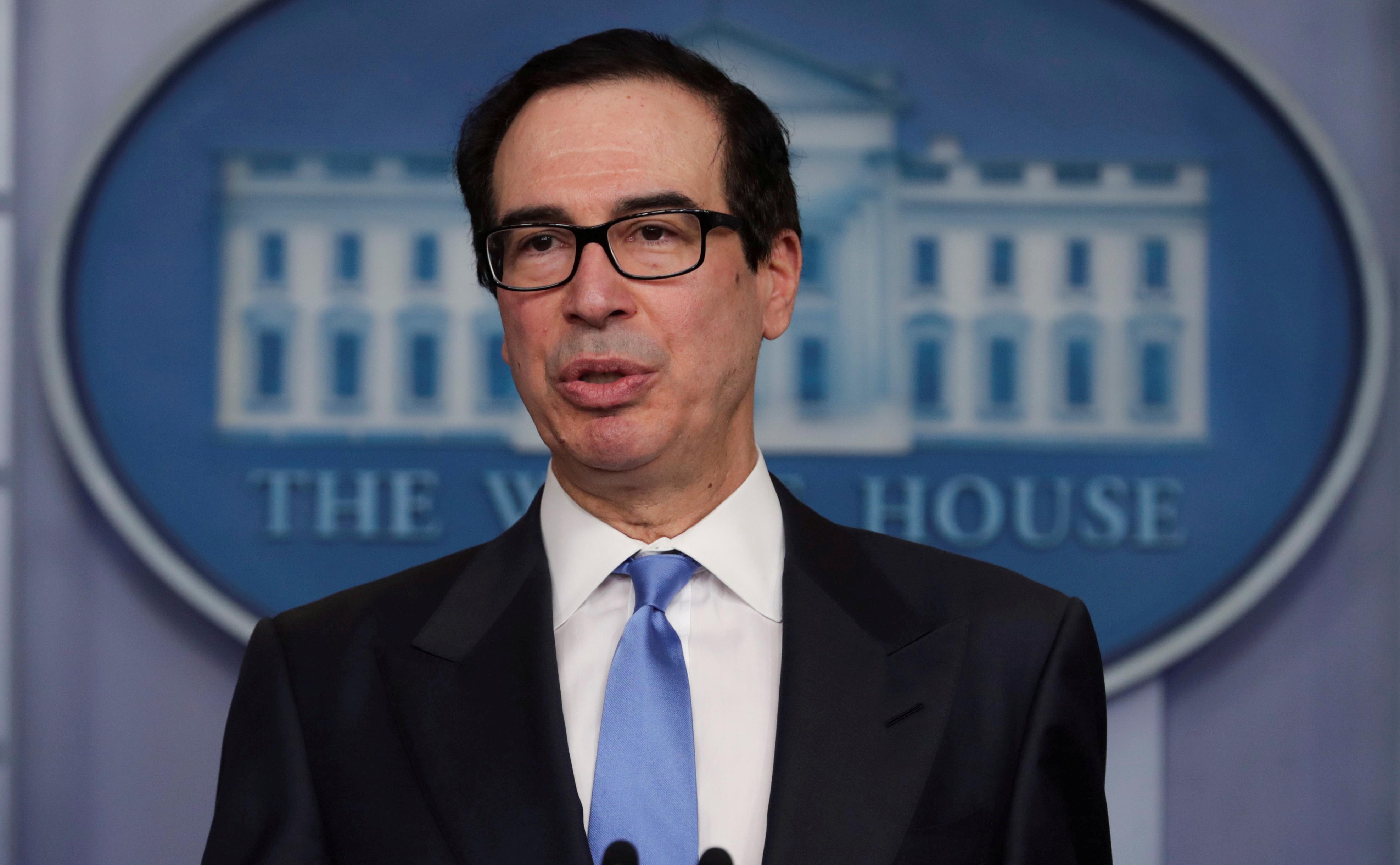 “Companies are really having issues with not necessarily being able to use it within those 8 weeks. They don’t want more money, they want flexibility that they can use it in longer than an 8-week period,” Mnuchin said.

Mnuchin said such terms were “discussed with people on both sides of the aisle” as the Coronavirus Aid, Relief and Economic Security (CARES) Act was being negotiated in March.

Mnuchin also said that Treasury’s base-case analysis showed at least some capital losses on the Fed loan programs were expected, but that there could be instances where the Treasury earned a return on its capital. Under the most optimistic scenario, markets would fully recover and the Fed facilities would not be needed, he added.

While more than 30 million unemployment claims have been processed since March, workers are reporting delays of weeks or months in getting checks, with others saying they are locked out here of claiming benefits.

Mnuchin also said he sees more job losses in the next month before the economy starts to improve.

“Working closely with governors, we are beginning to open the economy in a way that minimizes risks to workers and customers,” Mnuchin said. “We expect economic conditions to improve in the third and fourth quarters.”

Although the hearing was held by videoconference, Mnuchin met with Vice President Mike Pence, Senate Majority Leader Mitch McConnell and House Minority Leader Kevin McCarthy at the U.S. Capitol, according to the White House.