Real estate buyers tend to favour homes in history-rich locations, the trendiest and most vibrant neighbourhoods – or looking ahead, areas where rejuvenation will bring about value in the years to come.

Very rarely does a property encompass all the best aspects of the past, present and future – but in Tanjong Pagar, One Bernam aims to meld all three elements in a landmark project with timeless appeal.

Located in Bernam Street (just a five-minute walk away from Tanjong Pagar MRT station) and at the doorstep of Chinatown, Marina Bay Financial Centre and the future Greater Southern Waterfront, One Bernam will be brimming with cultural colours, urban energy and future growth plans.

As a major maritime port, Tanjong Pagar played a significant role in Singapore’s history – and after further modernisation, it has become the heart of the Republic’s vibrant commercial centre.

But that’s far from the end of Tanjong Pagar’s growth story. Strategic redevelopment plans by the Government firmly prioritise the neighbourhood surrounding One Bernam for continued renewal in the years ahead.

One Bernam sits right at the doorstep of the Greater Southern Waterfront, an upcoming  precinct overlooking Singapore’s southern seas that will be developed with some 9,000 new homes, a waterfront promenade and other attractions. (Click here for virtual access to the panoramic views.)

Stretching some 30km between Pasir Panjang and Marina East, the waterfront neighbourhood will be developed progressively, starting from the next five to ten years.

The Anson neighbourhood, right next to Tanjong Pagar, has also been earmarked by the Urban Redevelopment Authority as a new, community-focused neighbourhood filled with “attractive streets and cosy squares”, serving as the downtown area’s gateway to the verdant Rail Corridor.

Even today, the Tanjong Pagar district is already commencing the early stages of its facelift, with several buildings undergoing redevelopment.

With the CBD Incentive Scheme, which was rolled out in 2019, several downtown building owners have heeded the Government’s encouragement to redevelop their older office buildings as mixed-use developments – adding a big dose of vibrancy and reimagining downtown Singapore as the place to live, work and play.

All these not only place One Bernam on a trajectory for continued asset appreciation, but also mean that a savvy investor buying into the development today is locking in tomorrow’s growth at today’s prices.

One Bernam’s strategic location at the nexus of tradition and modernity looks poised to offer an exciting lifestyle experience.

Nestled among office skyscrapers and the nearby historic Chinatown, the development is surrounded by a wide range of amenities to suit every resident.

For your meals, there’s everything from traditional hawker fare at Tanjong Pagar Food Centre to Michelin-starred restaurants in gazetted shophouses.

Tanjong Pagar Food Centre is also home to a wet market stocked with fresh produce, or for a dose of gourmet home cooking, head to Little Farms, Don Don Donki and more at nearby Guoco Tower and 100AM mall.

Unleash your inner tourist by visiting heritage attractions like Buddha Tooth Relic Temple during the weekends, or chill out in a chic cafe or bar at Ann Siang Hill.

With the development located just a five-minute walk away from Tanjong Pagar MRT station on the East-West Line, and with the upcoming Prince Edward Road (Circle Line) and Maxwell (Thomson-East Coast Line) MRT stations within walking distance, you’ll be minutes away from storied neighbourhoods across Singapore, such as City Hall, Marina Bay and Orchard.

As the way we work, live and play evolves in the coming years, One Bernam is well suited to help residents adapt to the changing times.

Whether you have to work from home or head to the office, at One Bernam, you’ll never have to worry about hybrid working.

Being in the heart of Tanjong Pagar means you could be just a stone’s throw away from your downtown workplace — the ultimate convenience.

You’ll also be just a few MRT stops or a few minutes’ drive away from several major office precincts across the island — be it Singapore General Hospital (set to be the country’s largest medical campus), Raffles Place or Suntec City.

Even in Singapore’s ever-changing urban landscape, you’ll always be able to stay in touch with nature at One Bernam. Green spaces are thoughtfully woven throughout the development, from The Botanic Collection to the Sky Terraces on Level 4 and 34 that offer breathtaking views of the city and beyond.

One Bernam’s other modern features offer the very best of city living — from state-of-the-art fitness facilities such as the Sky Gym and Sky Fitness Club, to homes equipped with top-tier appliances and fittings from Laufen, Franke, Gessi and V-ZUG.

Phase two of One Bernam is launching soon — click here to find out more. 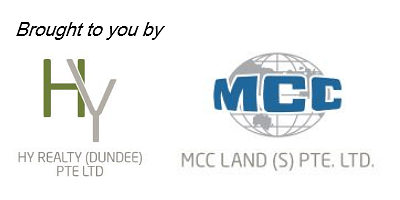