BEIRUT (Reuters) – Ziad Abdallah has watched with growing alarm as Lebanon’s financial meltdown has threatened the savings he spent 25 years building up in his dollar account. 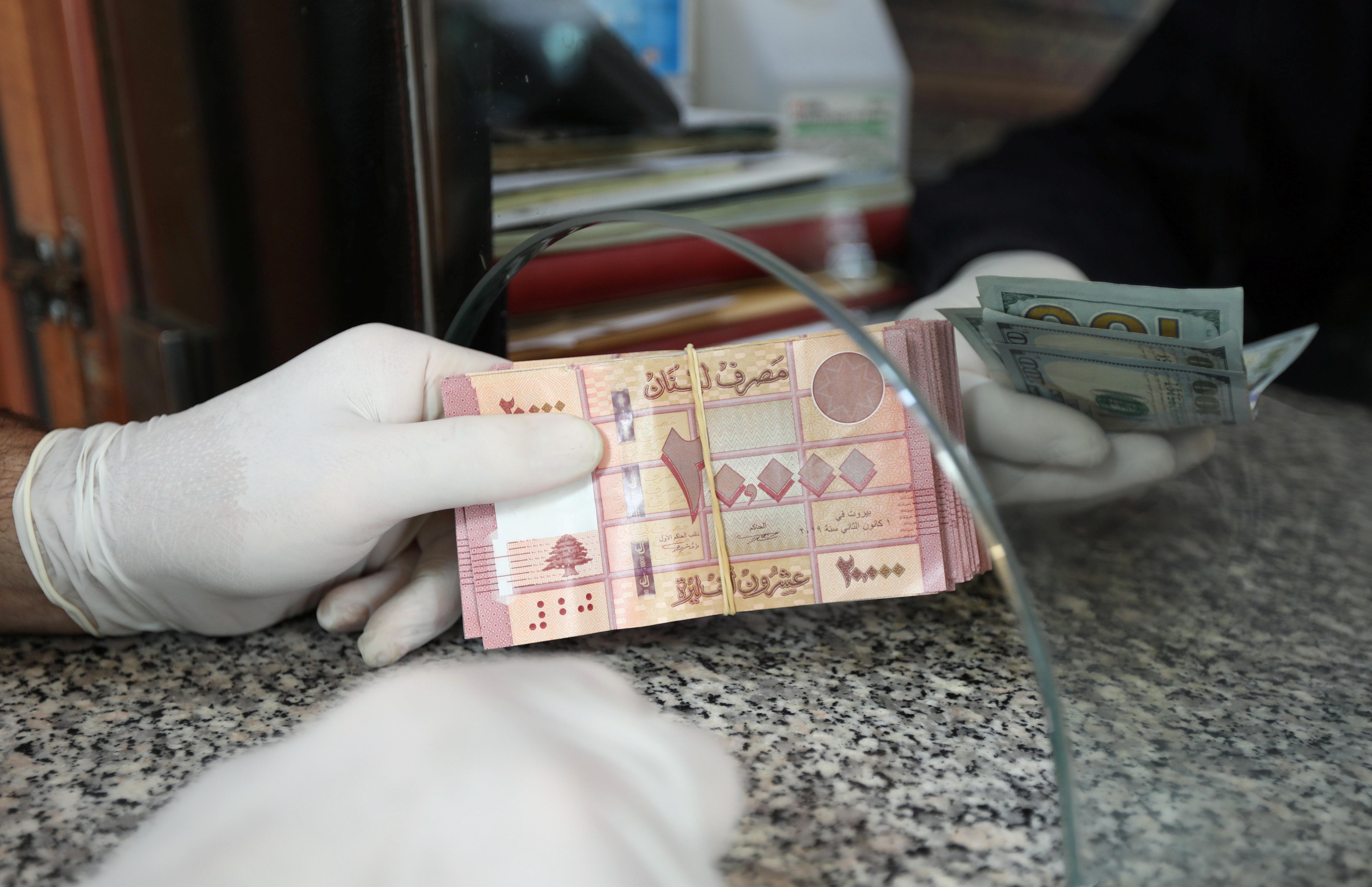 First his Lebanese bank reduced dollar withdrawals, then it stopped them entirely. Now the central bank has issued rules saying any withdrawals must be in the collapsing Lebanese pound at a rate likely to mean he will face a loss.

“This is appropriation of wealth,” said the shop owner who returned to Lebanon from abroad after the 1975-90 civil war, joining a call to rebuild a nation that had long prided itself on offering banking stability even in the most turbulent times.

This cornerstone of Lebanon’s economy has now been shaken to its core, as long-brewing economic troubles and the country’s mounting national debt spilled over into a full-blown banking crisis even before the coronavirus outbreak added a fresh blow.

Lebanon’s fixed exchange rate has been a major casualty. The Lebanese pound has been pegged at 1,500 to the dollar since 1997, a guarantee that meant pounds and dollars were both widely used. It gave Lebanon’s diaspora the confidence to repatriate capital, building deposits that helped finance the state.

The official peg remains for some essential goods, but the currency has plunged to about 3,500 on the unofficial market.

From this month, banks began allowing small depositors to cash out dollar savings, but at a rate of 2,600 pounds.

New central bank rules, effective for six months, will allow withdrawals from all U.S. dollar accounts in pounds at a “market rate” still to be determined. The rules will allow up to $5,000 to be withdrawn each month, but banks can set lower ceilings.

The central bank said the policy aimed to help citizens and “ensure their purchasing power and a decent living”.

But Abdallah, like others, fears the new exchange rate for withdrawals will simply make them poorer.

“Whatever the rate is, it’s a loss, that’s how we feel,” he said. “In any bank in the world, if you put your money, they must give it to you (in the same currency) as it was deposited.”

Lebanon, with one of the world’s highest levels of national borrowing, at more than 170% of economic output, defaulted on its foreign currency debt last month for the first time.

Prime Minister Hassan Diab said last week that depositors’ money “evaporated” in the months before the formation of his government in January, after months of protests against the political elite and to demand an end to corruption.

Diab said nobody would lose their deposits but said access would depend on a restructuring plan.

The International Monetary Fund says Lebanon needs a plan to rebuild confidence and tackle the root causes of the crisis.

Bankers say the central bank governor, Riad Salameh, has been limiting dollar withdrawals as part of a gradual process to dismantle the currency peg.

“He’s moving in the direction of really moving deposits from dollars to Lebanese pounds to minimise his foreign losses,” one senior banker said.

Former Finance Ministry adviser Toufic Gaspard said the measures were “helping the indebtedness of the central bank and the banks in dollars at the expense of the depositor.”

“This is plain robbery and it is anti-constitutional,” he said.

The pound has already halved in value in the open market, and continues to slide. In exchange houses, which would once freely convert at rates close to 1,500, the pound had slipped to 3450/3750 on Thursday.

Many banks that were closed for weeks during protests and then drew down the shutters again during the coronavirus outbreak have become a focus for public anger.

Withdrawals have at times been limited to as little as $100 a month as dollar liquidity dried up.

Depositors queuing outside several banks on Wednesday said they had little choice but to take out what they could at whatever rate was being offered.

“I’m losing. But I need the money,” said Mohamed Ezz Eldin, 18, after withdrawing his modest savings at the 2,600 rate. “There’s nothing we can do.”