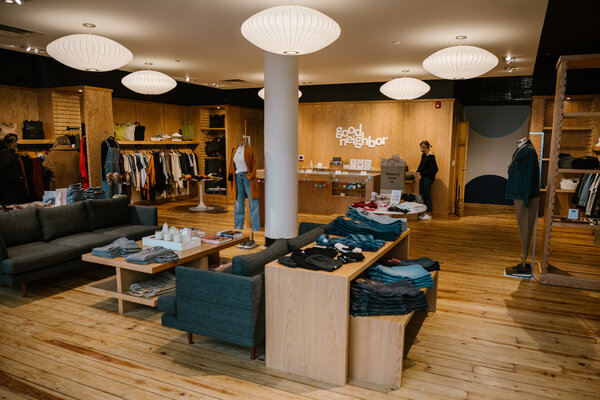 Retail sales slid in February after a jump the month before, the Commerce Department said on Tuesday, putting a spotlight on the effect of stimulus money on consumer spending, which is likely to proceed in fits and starts as the economy recovers.

Sales for February dropped 3 percent, the government’s data showed. The decline was sharper than some economists had expected, but sales for the month were still higher than a year before, when the pandemic began to squeeze the economy.

The drop in February comes after sales in January surged by 7.6 percent — a gain likely fueled by stimulus checks that were deposited at the end of last year. The increase in January, revised upward on Tuesday, benefited a broad array of retailers. Consumers spent more on goods, including at furniture sellers and department stores, as well as in restaurants, in a positive sign for an economy that has been battered by the pandemic.

The data suggests that the recovery in consumer spending is likely to be bumpy as the retail sector recovers from shifts in consumer spending and a new round of stimulus payments arrives in Americans’ bank accounts. Retailers saw largely uneven sales for the better part of last year, as consumers flocked to big-box chains and grocery stores and spent less at many apparel retailers and restaurants. Balancing out those categories is likely to take a combination of stimulus money, vaccinations, improvements in unemployment numbers and warm weather.

“It was obviously going to slow down a bit,” Mickey Chadha, a retail analyst at Moody’s Investors Service, said of the February sales.

“Going forward, the new stimulus checks that are going out as we speak are definitely going to be a positive for retail sales in March and through April,” he added. “All indications are, as the vaccines roll out through the country and the pandemic gets under control, this capacity to spend is only going to fuel further sales in retail.”

Economists at Morgan Stanley had forecast a 0.7 percent gain in February sales based on the outsize gains in January, and also predicted that new stimulus money arriving in late March and early April would drive a spending surge in coming months.

President Biden signed into law a nearly $1.9 trillion relief plan last week, and direct payments of $1,400 per person are already making their way to the bank accounts of low- and middle-income Americans.

“Some of that money is bound to flow into retail — it just has to,” Mr. Chadha said.

The law, known as the American Rescue Plan, also extends $300 federal jobless benefits through Sept. 6 and provides billions of dollars to distribute coronavirus vaccines and relief for schools, states, tribal governments and small businesses struggling during the pandemic.