The bulls were back in business. Additional reports that patients with severe COVID-19 symptoms had responded positively to a drug made by U.S. company Gilead Sciences (GILD.O) had helped Tokyo and Seoul surge 3% as Asia .MIAPJ0000PUS took a widely-expected slump in Chinese GDP data in its stride.

“The market continues to look through terrible data… on anticipation of economies reopening,” said Steen Jakobsen, Chief Investment Officer at Saxo Bank. “And hopes that a new drug treatment will help lift longer term uncertainty about the COVID-19 pandemic.”

The data from China had shown the world’s second-largest economy shrank for the first time since at least 1992 because of the coronavirus woes.

Gross domestic product (GDP) contracted 6.8% in the quarter year-on-year, slightly more than expected, and 9.8% from the previous quarter.

Back in Europe, Italian bond markets, which have been under pressure as the country’s virus difficulties push its debt-to-GDP ratio towards 150%, also rallied as France expressed support for joint euro zone debt issuance.

European countries have “no choice” but to set up a fund that “could issue common debt with a common guarantee”, French President Emmanuel Macron told the Financial Times on Thursday. Failure to do so would lead to populists winning elections in Italy, Spain, and possibly France, he also warned.

Yields on ultra-safe 10-year U.S. Treasuries US10YT=RR and German Bunds rose slightly, while Treasury futures TYc1 and the dollar firmed against the yen JPY=EBS, in another tentative sign of investor optimism.

Spot gold XAU= fell 1.5% to $1,692 per ounce too and with investors looking to take on more risk industrial metal copper jumped 4% on track for its best week since February 2019.

No such luck for battered oil markets however. U.S. crude futures CLc1 slumped 8% to an 18-year low after OPEC had lowered of its global demand forecast on Thursday, and Brent crude LCOc1 slipped back under $28 a barrel having been up nearly 3% at one point.

OPEC now sees a contraction of global demand of 6.9 million barrels per day (bpd) this year due to the coronavirus outbreak. 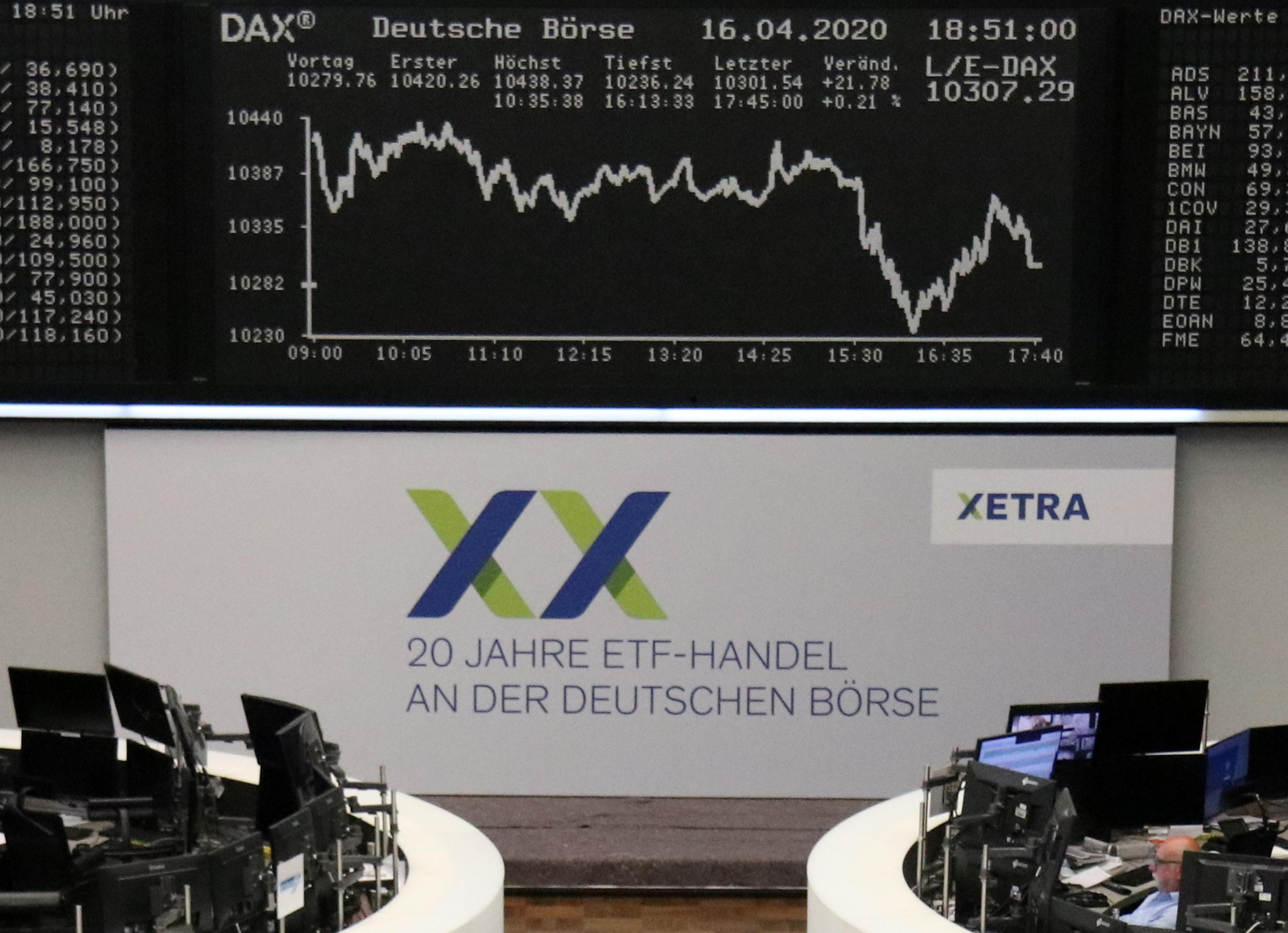 (This story corrects size of weekly gains for stocks markets in paragraphs 1 and 3.)