What began as a health crisis has become an economic catastrophe.

Coronavirus has thrown the viability of entire industries into doubt and exposed the vulnerability of globally connected businesses, and the jobs, companies and communities they support.

Few industries have been as badly affected as aviation, with the global collapse in air travel leaving world-leading British manufacturers like Rolls-Royce and Airbus counting the cost and cutting jobs.

But the impact extends far beyond the boardroom and the factory floor.

To investigate the real cost of COVID-19, we have spoken to bosses, suppliers and small businesses, and workers and families in the communities left on the brink.

This is the story of the economic virus. 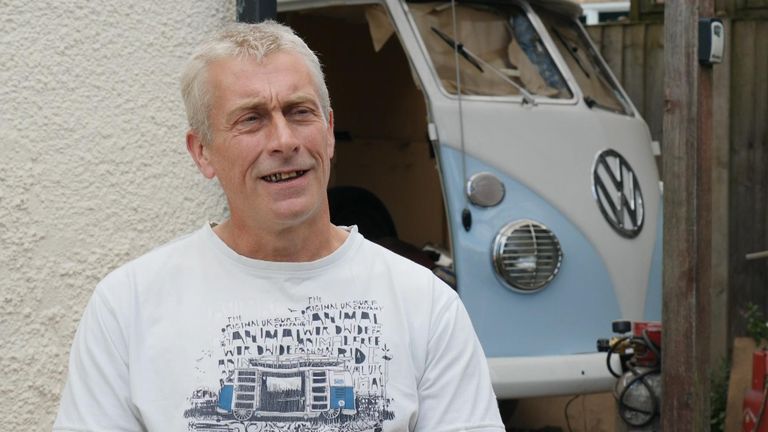 When airlines were grounded, however, he was among the first people to pay with his job.

Employed by a contractor, Guidant Global, he was classed as a temporary worker and in March was among more than 400 people made redundant. Six months on he is still looking for work but has had no luck, and has little optimism that will change.

“It’s quite frustrating,” he says. “You spend your time writing to companies, sending CVs, no response.

“Obviously I need something on a comparable salary but at the moment that’s just not around.

“[I] can’t be a postman but I can assemble an aircraft. It’s a bit of a kick in the teeth.” 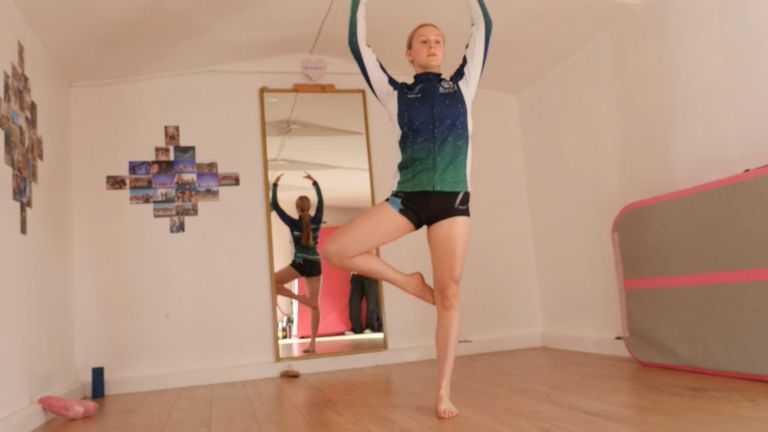 David’s family now rely on his wife Louise’s part-time job, and eking out his redundancy payment while he looks for work.

Their priority is to keep funding their daughter Emily’s passion for dance, a talent that has seen her represent Wales at a World Cup. 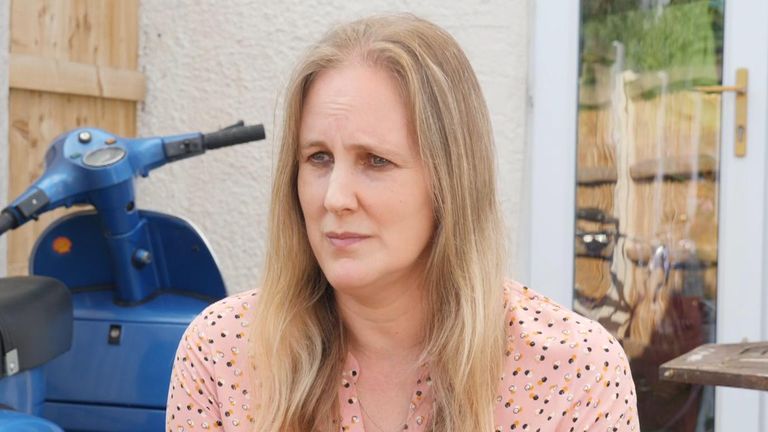 “I’m trying to take the pressure off the bills,” Louise says.

“It’s worrying about how long is it going to take him to get a job?

“There are 800 applicants for one job. How do you compete with that? On that basis? Heaven knows when he could find a job.”

The Airbus boss 'We have lost 40% of our business' 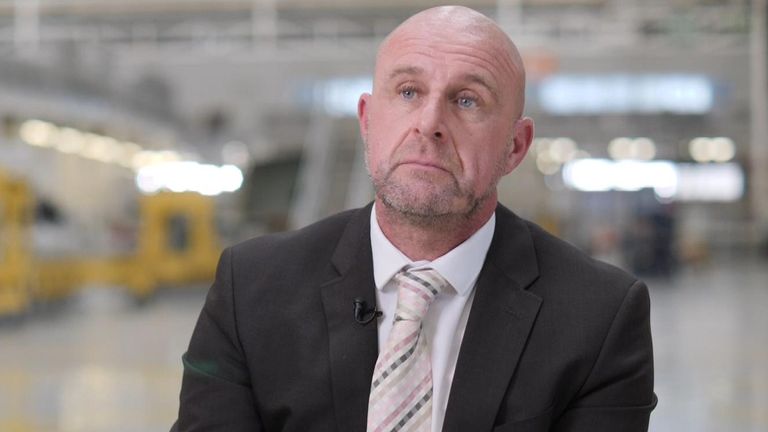 Airbus’s Broughton plant makes wings for its commercial fleet – one piece of an international manufacturing jigsaw that saw the company turnover £65bn in 2019.

The pandemic has devastated the business, however, leaving up to 1,400 people – around 25% of the directly-employed workforce – facing redundancy.

The company’s vice president Paul McKinlay says: “We’ve lost since the crisis probably 40% of our business, which shows the scale of the impact.

“We don’t see flights returning to the pre-COVID levels before 2023 at the earliest, maybe even as far out as 2025.

“Any person who has to leave a job, it’s difficult, but it just shows the reality of the situation facing us.” 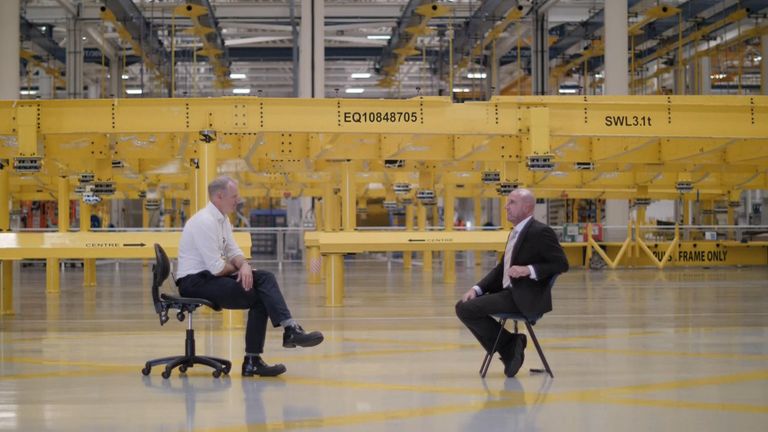 He supports the idea behind the government’s new Job Retention Scheme, and says the company’s aim is to be able to respond when demand eventually returns.

“In our industry, it’s no good extending a furlough for three months because our ultimate situation won’t have changed in three months,” Mr McKinlay says.

“Rather than making some of the employees redundant, we could reduce the working week for a bigger number of employees.

“If the government were able to support us, in funding that shorter working week, then that might be advantageous.”

The Rolls-Royce director 'Redundancy is really painful, it's the last thing you do in business' 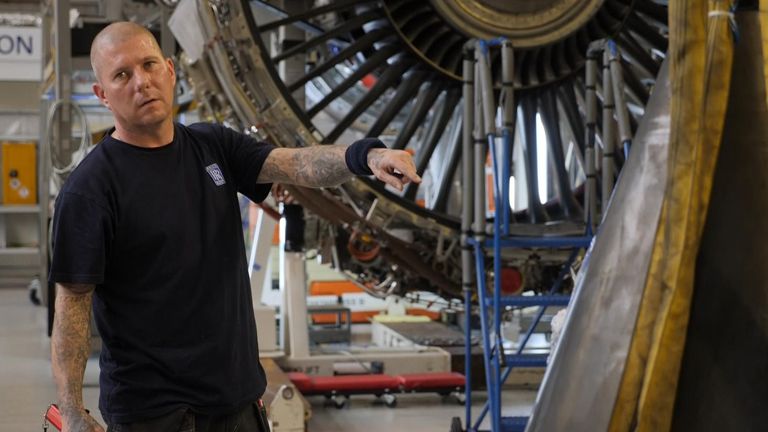 Rolls-Royce has been making plane engines in Derby for more than a century, and today it makes the units that power Airbus’s fleet.

They’re tested in a vast facility in the city, but nothing could prepare the company for the collapse of air travel – and therefore its business model.

Rolls-Royce is paid by the flying mile by its customers and, with thousands of planes grounded, income has dried up.

With air travel forecast to remain depressed for four years, Rolls-Royce is to make 2,900 redundancies in the UK – around half of them at its Derby site.

Simon Burr, director of engineering and technology, says: “There’s only so much we can do. Until people fly more, we’re a little bit stuck.

“We’ve been losing a lot of our colleagues over the last few months. You know, redundancy is really painful, it’s the last thing you do in business. It takes years to build up skills.

“You know, people are our colleagues, they’re also our friends.” 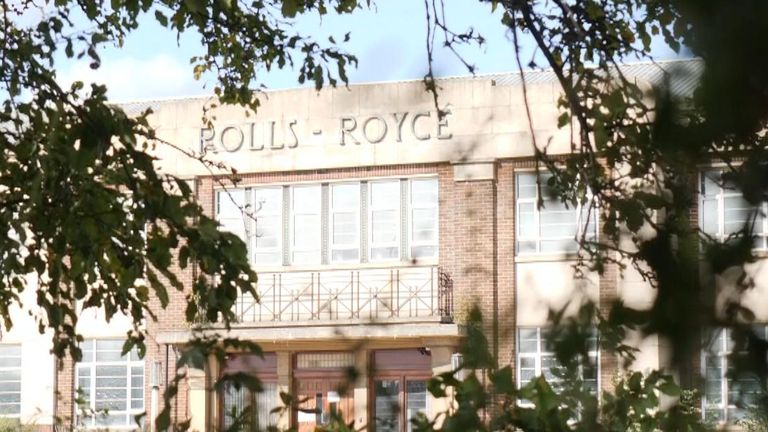 What happens at Rolls-Royce has consequences for the community.

Its staff and clients are the engines of the local economy in Derby, and customers of small businesses like Alison Peverley’s sandwich shop Taste Buds, which is starved of trade by working from home. 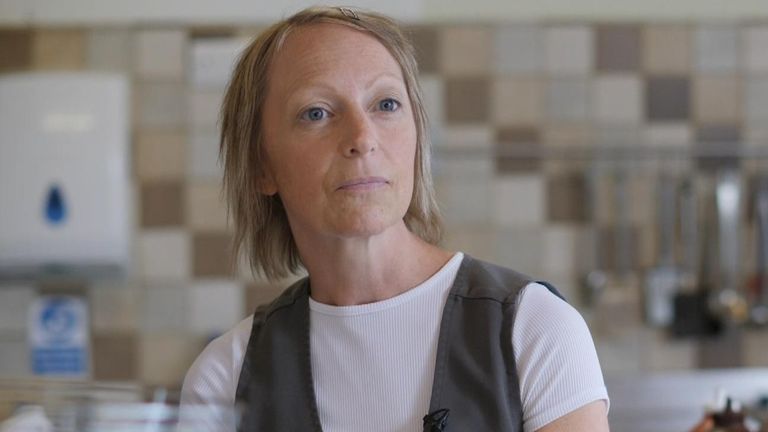 “It was devastating really,” she says. “I’m still open, I’m still here, but people are losing the jobs.

“Rolls-Royce always has a knock-on effect to other businesses and people that supply them and service them. People like ourselves right down to, you know, our little shop here.

“There’s a huge chain with all of this. During lockdown our bakery went into administration, they’ve not reopened again since so we have to find another bakery.

“I don’t think more than a week ahead at the moment.”

Business visitors to Derby have dried up, with disastrous consequences for the cab drivers who usually keep the city moving. 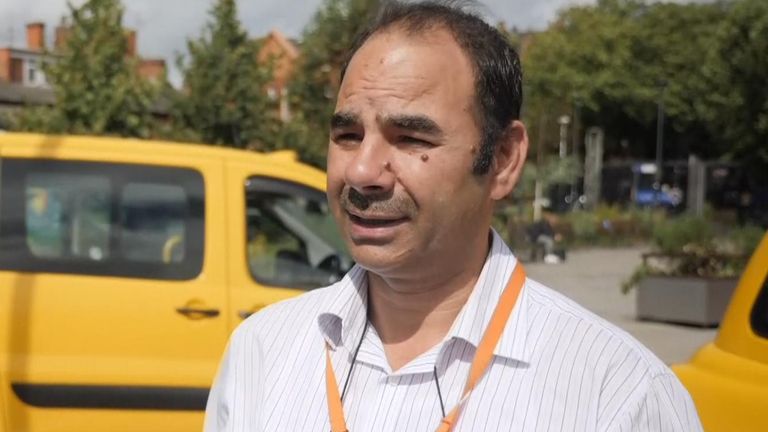 “80% our jobs in the morning were all Rolls-Royce – which are no longer here. So it’s obviously affecting not just the taxi trade, but also the hotels and small shops and the rest.” 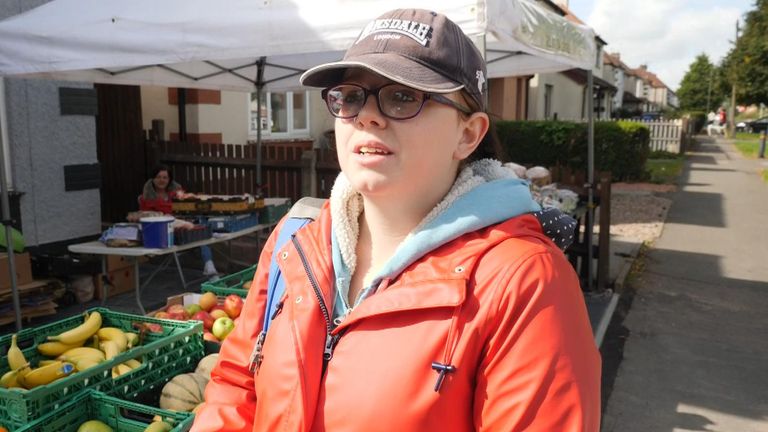 One of the few businesses expecting to get busier this winter is Doorways Derby.

It’s a foodbank that has already seen an increase in people seeking help. People that used to donate are now coming to get supplies as unemployment creeps up, and the virus squeezes earnings as well as people’s freedom to socialise and work in the city.

“With COVID-19 everyone’s been put on short hours,” says Natasha, who uses the foodbank.

“With having shorter hours, you never know how much you’re going to come out with and sometimes the money doesn’t stretch far enough.

“The week before I get paid is the most difficult week because you’ve got to wait until payday next week so it’s just hard to stretch it all out.”

What is happening to people and businesses in Broughton and Derby is being replicated in other industries and other towns and cities across the country, leaving companies fighting for survival.

Workers who lose their jobs are paying the greatest price in an economy shaped by the virus.