Since August, Morgan Banke has had just enough money in her bank account every month to pay either her rent or car insurance. The unemployed mother of two has relied on her bank, the Dupaco Community Credit Union in Dubuque, Iowa, to cover the difference. But each time she makes that choice, the bank charges her $28 in overdraft fees. Her account is $780 in the red.

When she heard that the federal government was working on a fresh stimulus package, Ms. Banke called Dupaco to ask whether they would waive the outstanding fees. If they did so, she hoped, she could tap the stimulus funds. Bank officials said no.

Ms. Banke, who has been selling her possessions on Facebook to make ends meet, doesn’t know if she will get any of the money. “When we were told we were getting another stimulus, I was excited,” she said. Now, she is dejected.

As 2020 comes to an end, the $600 promised by the federal government — poised to begin appearing in bank accounts this week — is welcome news to millions of needy Americans whose finances have been devastated after nine months of economic crisis wrought by the coronavirus pandemic.

But for people whose bank accounts are overdrawn, whether they get their hands on the money depends on what the country’s banks — which, as in Ms. Banke’s case, also are the creditors on overdrawn accounts — decide to do. Banks hold this power because, for a vast majority of people, the stimulus money will be deposited in the same bank accounts in which they also receive tax refunds.

In the past week, the largest United States banks have pledged to temporarily zero out their customers’ negative balances, so they can get access to their stimulus money and put it toward whatever expense seems the most pressing. Negative balances typically include the various fees that banks tack on to customers’ accounts for letting the customers withdraw more money than they have.

Representatives of Bank of America, Citigroup, JPMorgan Chase and Wells Fargo said that the banks would be crediting customers’ accounts for roughly a month after the money arrives. After that, the banks will revert the accounts to their previous overdrawn status. It was a reprisal of the relief they offered their customers when the first round of stimulus money was distributed in April.

Large regional banks, including Fifth Third Bancorp, Truist (the institution formed by the combination of SunTrust and BB&T), PNC Financial Services and US Bank, are following suit.

However, some regional and community banks — which often serve areas where there is little competition, including poor neighborhoods and rural communities — are pursuing different approaches. Some smaller banks say they are considering customers’ requests on a case-by-case basis.

Citizens Bank, a regional bank catering to customers mostly in the Northeast, said it would temporarily zero out all customers’ accounts, but only if the customers called and specifically requested it. A Citizens spokesman said the bank would email customers a reminder that the option is available to them. 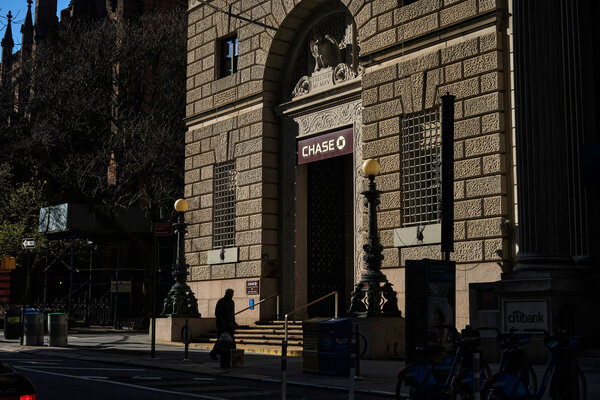 The disparate approaches of smaller banks often puts the onus on customers to figure out what options they have — at a time when many are already stressed out by the enormous financial challenges they face. Consumer income fell in November, layoffs continue, particularly in hard-hit industries like restaurants, and the unemployment rate remains high.

Dupaco, the credit union where Ms. Banke, 25, has had an account for six years, ever since she started working as a bartender in Dubuque, doesn’t have a blanket policy for customers. “We work with members on an individual basis to address whatever situation they might have,” Dave Klavitter, a Dupaco spokesman, said. He declined to address Ms. Banke’s case.

Having waived Ms. Banke’s overdraft fees on three earlier occasions, bank officials were unwilling to grant her a waiver yet again when she called them recently to ask for one, Ms. Banke said. Although the bank hasn’t said that she won’t get the $600 in stimulus funds, Ms. Banke, who lives in Madison, Wis., remains worried. She can’t work because her 5-month-old son has a respiratory illness. She plans to ask Dupaco if it can zero out her balance temporarily.

Temporary forgiveness from banks might not be enough, especially for those in the worst financial straits. Since the coronavirus outbreak hit, one in four people in the United States has struggled to pay monthly bills, according to a study released in late September by the Pew Research Center. One in three has dipped into savings or retirement accounts. One in six has borrowed from family or friends to cover bills.

Bank fees are adding extra pain to some Americans’ pandemic-induced woes. In 2019, according to the Center for Responsible Lending, big banks collected more than $11 billion in overdraft fees from their customers, with 9 percent of customers paying more than 80 percent of the fees. For the first nine months of 2020, customers of big banks paid $6 billion in overdraft fees, according to Rebecca Borné, a researcher at the nonprofit, which advocates better treatment of consumers by financial institutions.

The total amount of penalty fees that bank customers paid in 2020 could end up being lower than last year, but because such a large amount of the penalties are paid by such a small subset of customers, the impact of those fees on their finances will most likely be far worse this year.

Aside from the temporary truces some banks have made with their customers around the stimulus checks, banks have not modified their overdraft policies during the pandemic, Ms. Borné said. “Charging unreasonably high fees, multiple fees per day, extended fees, and other practices that manipulate the charges to maximize the fees — those practices hurt those struggling the most,” she said.

On Christmas Eve, Andrew Shorts, an artist living in Ogden, Utah, was scrambling to pay his electricity bill so that he would not lose power and heat. Mr. Shorts, who makes murals and graphic design projects for local businesses, has been locked out of his account at Zions bank, a Salt Lake City-based lender, since a rapid fire of automatic deductions for household bills this fall pushed his balance $150 into negative territory.

When he called Zions two days before Christmas, a representative told him he would probably have to pay the bank what he owes it and settle for the remainder. The bank changed its policy after President Trump signed the stimulus bill on Tuesday. A spokesman said Zions would zero out all negative balances of up to $2,000 for 30 days to let customers get their stimulus money.

Mr. Shorts described the $600 stimulus payment as “the equivalent of a pool noodle while my wife, child, myself and my now crippled business are drowning in the open sea.” But he still wants the money. In the meantime, he managed to scrape together just enough to pay his electricity bill.

On the day Congress passed the latest stimulus legislation last week, Misha Roberts, a 26-year-old student at the Ohio State University, could not bring herself to sign into her PNC online account and look up the balance. She knew it was somewhere between $1,200 and $1,700 in the negative, thanks to a combination of bills for basic expenses she could not afford, which were automatically deducted from her account, and overdraft fees.

Some banks have closed accounts that have overdrawn balances. A PNC spokeswoman said in cases where accounts had recently been closed, the I.R.S. would either mail the customer a check or PNC would let the customer use a different existing account to receive the money.

Ms. Roberts, who wants to be a nurse, is working to pay for college and has already had to drop out several times after running out of money. For two years, she worked overnight shifts as a home health aide, earning $10.50 an hour. But when the pandemic hit, the company sending her out to care for elderly people started to lose clients.

“Less hours to go around means less money to go around, and it made my work environment really tense at times,” Ms. Roberts said. She recently quit and now spends weekends cleaning the common spaces, including the gym, communal kitchens, stairwells and lobby, in the apartment building where she lives, making $15 per hour. In an email on Monday, she said of the $600 stimulus: “I really need it or I might be forced to leave school again.”

Late on Tuesday, after learning PNC would temporarily zero out customers’ overdrafts, Ms. Roberts finally worked up the courage to look at her balance. But when she tried to sign in, she said she was blocked. PNC had closed her account.