Home » Business » Walgreens picks a Starbucks executive to be its C.E.O. 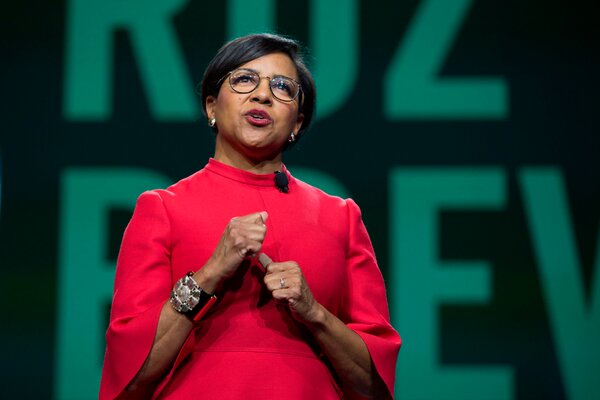 Walgreens Boots Alliance has named Rosalind Brewer as its next chief executive, making her the only Black woman to currently run a Fortune 500 company.

The appointment of Ms. Brewer, currently the chief operating officer and a board member at Starbucks, takes effect March 15.

Ms. Brewer will replace Stefano Pessina, who had previously announced his plans to step down from the role. Mr. Pessina had been the pharmacy giant’s chief since 2015, following the multibillion-dollar merger of Walgreens and Alliance Boots a year prior.

Shares of Walgreens rose by 5 percent on Wednesday, the first session after the announcement of her appointment.

Before joining Starbucks, Ms. Brewer was the chief executive of the retailer Sam’s Club, where she oversaw growth in membership and the incorporation of digital technology. When she leaves Starbucks next month, her duties will be split between two executives.

Walgreens cited Ms. Brewers’s “relentless focus on the customer, talent development and expertise in digital transformation” in its announcement of her hire. The pharmacy specialist is trying to become more of a health care company than retailer as sales of drugs and convenience products increasingly shift online. Amazon shook up the prescription drug market with its $1 billion deal for PillPack in 2018.

There have been only 18 Black chief executives of Fortune 500 companies since 1999, according to Fortune. Two have been women: Ursula Burns, who led Xerox from 2009 to 2016, and Mary Winston, who led Bed Bath & Beyond as interim chief in 2019.

While companies have talked about promoting diversity in their top ranks for years, the killing of George Floyd and protests that followed jolted executives to confront racial inequality more directly. That, in conjunction with pressure from shareholders, lawmakers, banks and other financial providers have pushed companies to accelerate their efforts.