‘What Are We Supposed to Cut Back?’ Britons at Risk as Fuel Bills Skyrocket.

CLACTON-ON-SEA, England — The bills are mounting for Maureen Hart, a former librarian living on a fixed income after hip and back pain from a fall forced her into an early retirement.

The gas and electric bill for her bungalow in Clacton-on-Sea, a seaside town east of London, more than tripled in April, as utility bills did throughout Britain when a government cap on energy payments loosened. To save money and afford the help she needs to wash her hair and clean, Ms. Hart, 77, is cutting back on taxi rides to visit her son several towns away, and keeping the heat off, even if it aggravates her pain.

“You really don’t think you will be one of those that cannot afford to heat yourself,” Ms. Hart said. “There must be thousands more people who are like me thinking: What went wrong?”

Inflation was already on the rise in Britain and elsewhere before Russia’s invasion of Ukraine, triggered by rising natural gas prices and supply-chain shortages after pandemic lockdowns. The war has abruptly pushed the price of oil and gas even higher.

Now consumer prices in Britain are rising at their fastest rate in 30 years, and wages are failing to keep up, putting a squeeze on household incomes not seen since records began in 1956.

The cost-of-living jump is especially dismaying for older people and others with lower or limited incomes, such as those living on government pensions and disability payments, which remained largely the same even as inflation hit.

April has been especially tough. Earlier in the month the government raised its cap on energy prices, which follow the global gas prices, by 54 percent, a move that affects 22 million households. The cap, which is reset twice a year, is expected to rise again in October, ahead of the icy winter months.

The continuing war in Ukraine not only promises to keep energy bills high for the foreseeable future, it is also pushing up the price of food, because Ukraine and Russia are major exporters of wheat, corn, barley and cooking oil. Overall inflation in Britain is expected to hit a peak of 9 percent later this year. According to figures released by the government on Friday, over 90 percent of adults said their cost of living had increased over a two-week period in April, largely because of food and energy bills.

Demonstrators in the thousands took to the streets in cities across the country last month to protest the soaring cost of living. Help lines for older people are reporting an increasing number of calls asking about assistance with energy bills in recent weeks.

And many people who had already culled their household budgets are going through them once more, forgoing meals and in the most extreme cases being disconnected from the electricity and gas for periods, according to some advocacy organizations.

Even before the latest escalations, households were feeling the strain, with over three million people in England alone facing “fuel poverty,” or struggling to afford to heat one’s home, in 2020, according to government figures.

In April, almost half of adults paying energy bills said they had struggled to afford those charges, and one in five was unable to buy fuel at some point, according to Britain’s Office for National Statistics. Nearly a quarter of adults in Britain said it was very difficult to pay their households bills in March compared with a year earlier.

Opposition lawmakers pressed the government on Wednesday on its plan to tackle high inflation and the economic slowdown in the country, accusing Prime Minister Boris Johnson of ignoring the problem. Mr. Johnson pointed to a raft of measures to help offset the energy cap increase, including some tax rebates, and a falling unemployment rate.

Britain has experienced soaring energy prices before, but the current situation is “once in a generation,” said Jack Leslie, a senior economist with the Resolution Foundation, an independent think tank focused on improving living standards for those with lower incomes. He added that there was no indication that energy prices would subside imminently. “This is on another level,” he said.

Ms. Hart, who rents her book-filled bungalow, moved to Clacton-on-Sea for the sun and the outdoors, she said. With her difficulty walking long distances nowadays, her social life consists of going to the beachfront and visits from a helper who comes several times a week to assist with washing her hair for about 75 British pounds a month. And with news that her rent has also risen 20 pounds a month, she is even thinking of losing the helper. 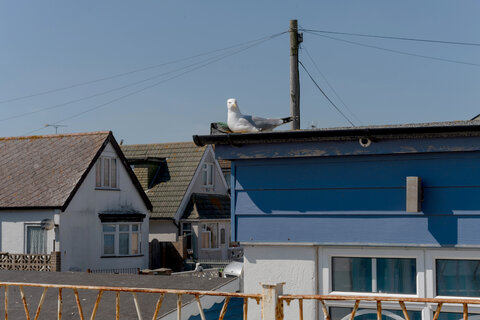 Britain is feeling the squeeze from rising inflation and high fuel prices.

I went to the town of Clacton-on-Sea and met many older people who live on fixed incomes and are struggling with mounting bills. Here’s what I saw → 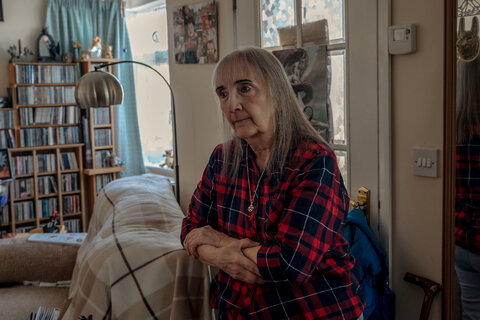 In a bungalow not far from the sea, I met Maureen Hart, 77, a former librarian. In April, her gas and electricity bill tripled to 170 pounds from about 50 pounds. Her other bills are also creeping up.

Now she keeps the heating off, uses the oven as little as possible and visits her son once a month, instead of twice.

“What else do I cut back?” she said. “You get to a certain age and you’re brushed under the carpet.” 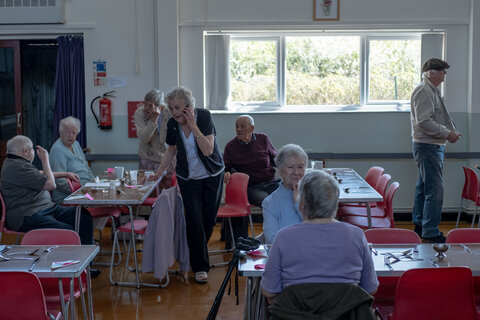 At a weekly lunch club, where people can get a cheap home-cooked meal, there were both dismay and resignation about the rising cost of living. “People are worried,” said Jean Williams, a volunteer serving the lunch. 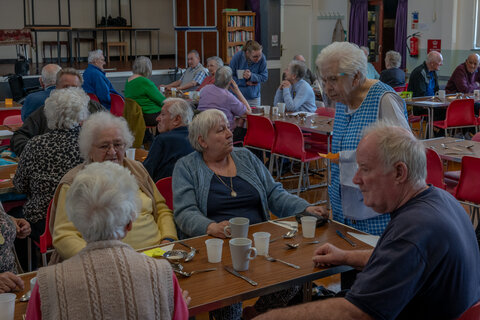 Jennifer Belcher, 67, center right, is helping her friend Patricia Hutton, 89, left, save on food by buying it at reduced prices just before it expires. “We take her under our wings,” Belcher said. “We are good bargain shoppers.” 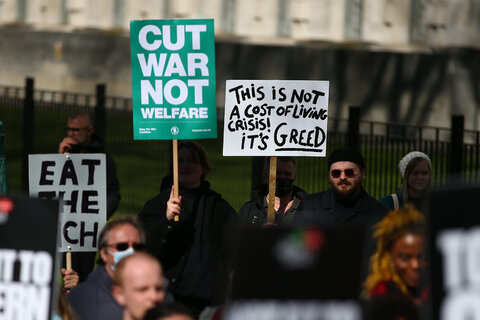 Advocates say that for vulnerable people, inadequate heating can worsen health conditions. Many fear the rising cost will lead to some being disconnected from electricity or gas.

“People can guess what will happen in the winter. It’s going to be horrible.”

Read more about the crisis that many Britons face because of inflation and soaring energy costs: 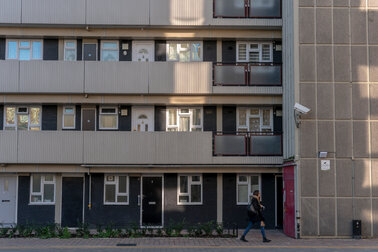 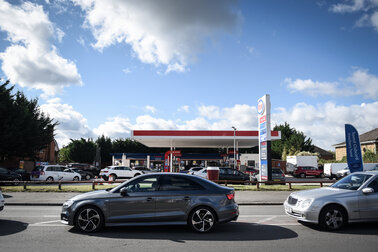