A national fight to restore the balance between rival academic disciplines and give back lost weight to subjects such as history, foreign languages, geography and English literature, is to start this week with the unveiling of Shape, a “re-branding” drive to promote the humanities and social sciences.

The plan, shared with the Observer, is to emulate the success of the educational term Stem – which stands for science, technology, engineering and maths – in emphasising the importance of the core subjects it represents.

By contrast, Shape, or social sciences, humanities & the arts for people & the economy, is designed to encourage schoolchildren and undergraduates to view these subjects as positive steps towards a high-status career. The campaigners also aim to ensure that grant applications for research funding will be given equal priority. They argue that at the moment those subjects that enable pupils and students to develop verbal reasoning, alongside an understanding of society, the environment and culture, are dangerously undervalued. 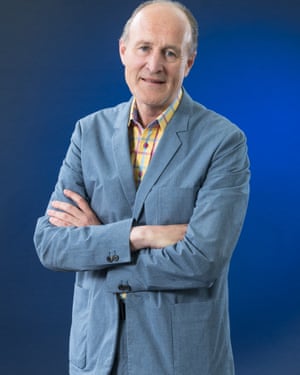 “This is about levelling up the agenda. It is a way of establishing equality,” said one of the architects of the plan, Julia Black, professor of law at the London School of Economics (LSE) and fellow of the British Academy which, alongside the LSE and Arts Council England (ACE), are backing the campaign.

“We are not setting up Shape in opposition to Stem, and in fact many scientists and engineers would agree it is wrong to deny that the sort of articulacy and reasoning skills developed by studying history, or theatre, or by learning a foreign language, have the same value as a scientific or mathematical training. But the humanities can sometimes be dismissed as ‘soft subjects’ and not given the same credit, which matters when it comes to basic education and to funding research. They can be a bit of a blind spot and that is damaging.”

The gulf between the stereotypes of “rigorous scientific thinking” and the more expressive and empathetic abilities that characterise the humanities has been controversial since CP Snow’s influential lecture on “the two cultures” at Cambridge University in 1959. As a result the letter “A”, for the arts, has sometimes been added to Stem to make Steam, but this is not enough for those behind the new promotional push.

Writing in the Observer online, Sir Peter Bazalgette, a former chairman of ACE, criticised “a growing trend in government to judge the success of a course by the salaries earned on graduation. On this measure many of the courses our creative industries rely on would be discontinued. Many of these jobs at trainee level are undertaken for love, not money.” Bazalgette, now chair of ITV, added that this lower-paid work goes on to feed Britain’s large creative economy. When Stem and Shape come together in good governments and commercial ventures, he wrote, “we find a healthy symbiosis that would astonish Snow”.

The term Stem has been widely used in Britain from 2001 as a tool to promote national competitiveness in these areas and to encourage schools and colleges to prioritise these subjects.

Black said that while the significance of education should not be reduced to a consideration of its impact on the economy, it will be crucial for the future of Britain to begin to value those subjects where human behaviour takes centre stage, as well as those in which numbers and scientific properties are studied. “I see it as broadening the score card. We know that if we are going to build a better country, or develop a former industrial region, you can’t do that just by building science parks,” she said.

The new acronym Shape, Black added, will now allow those disciplines it represents to cluster together to gain greater public status and to challenge a harmful academic narrative.