A bipartisan infrastructure deal teeters just a day after it was announced. 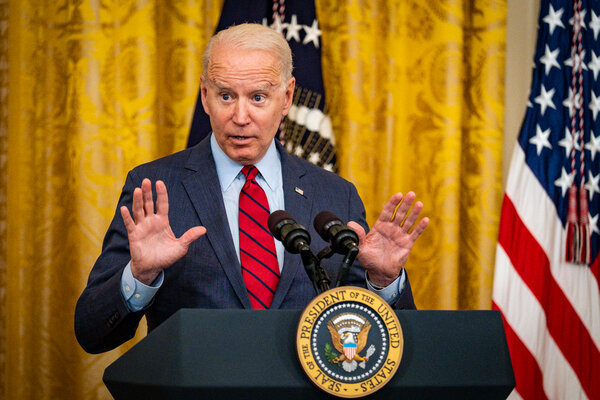 A bipartisan infrastructure deal appeared imperiled on Friday as Republicans vented over President Biden’s comment that he would not sign the agreement for $579 billion in new infrastructure spending without a second, far more ambitious package on hand.

Mr. Biden and top Democrats have long been adamant that they will accept a narrower public works bill only with a commitment to move forward on another bill, using the fast-track budget reconciliation process, that includes home-based health care, extensive climate provisions, paid leave and other liberal priorities paid for by tax increases on wealthy corporations and individuals.

On Thursday, as Mr. Biden was celebrating the deal with 10 centrist senators over the $1.2 trillion overall infrastructure package, he declared to reporters, “If this is the only thing that comes to me, I’m not signing it.”

And while Republicans have acknowledged the inevitability of Democrats passing additional legislation on their own, the implication that Mr. Biden would not sign the bipartisan accord until Congress passed a reconciliation bill rankled Republicans.

“I don’t think that’s going to pass, and I think they killed any opportunity,” Representative Kevin McCarthy of California, the minority leader, said at his weekly news conference. “I think it was disingenuous in every shape or form.”