Brexit is a 'failure' for the EU says Michel Barnier

Mr Barnier spoke in an interview this week with France Inter radio where he suggested there was an “ideological mistrust of public-private partnerships” that has plagued the EU’s vaccine output. He also claimed the EU had “not yet learned to take risks”. Referring to the Frenchman’s comments today the former Brexit Party leader Mr Farage tweeted: “Michel Barnier has become eurosceptic.”

He then included a link to an article which suggested Mr Barnier had concerns about the effectiveness of the bloc in light of the slow vaccine distribution throughout the EU.

In the interview with France Inter Mr Barnier admitted the UK’s vaccine distribution success showed that it is easier to act alone than under the EU’s “bureaucracy”.

Mr Barnier said: “We wanted to decide for 27 and not alone.

“It’s easier to decide alone than 27 above all when you’re not under an EU competency.

“This is perhaps one of the lessons we should draw from this crisis. 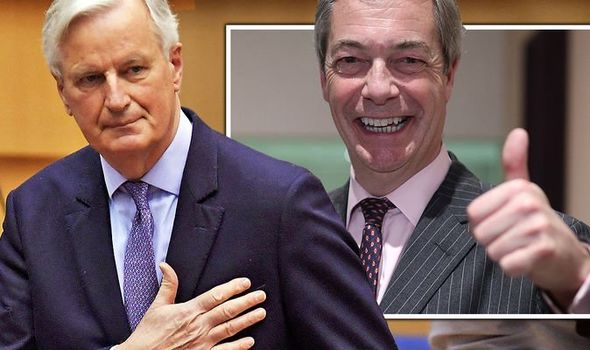 “Perhaps there are issues regarding Europe where we should give back competencies to countries, to regions, to do ‘subsidiarity’ where national governments decide.

“And in other areas we could consolidate competencies.”

Mr Barnier added: “I recognise that there were administrative problems, bureaucracy.

“There was an almost ideological mistrust of public-private partnerships. 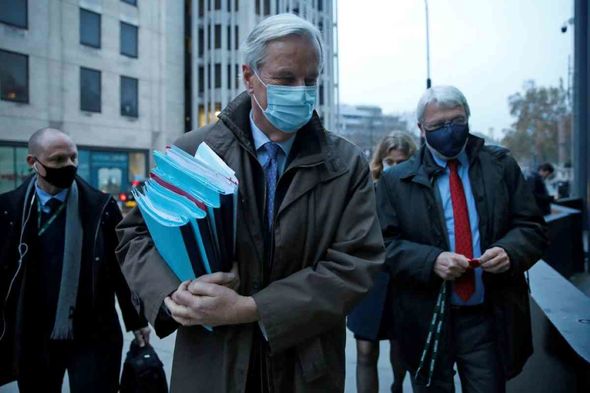 “We don’t know how to take risks. The British took risks by financing the private sector.

“The Americans took risks. We don’t know how to do that yet.”

Mr Barnier, an experienced mountaineer from the Alps, said one of his strategies was to keep “looking up”.

He admitted to always having three things in mind, which were to preserve the interests of the EU, peace in Northern Ireland, and “the cooperation we must keep with the UK which is a great country, an ally, a friend and partner”. 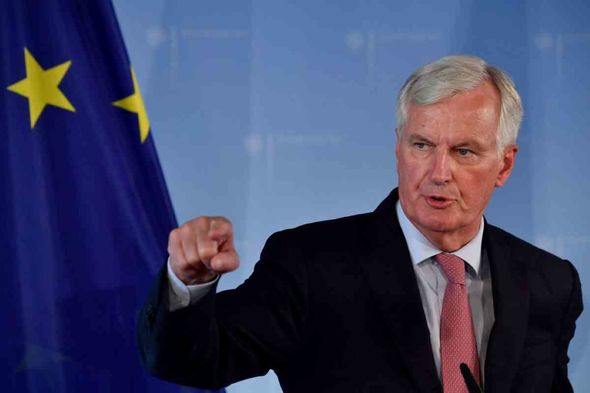 Currently more than half of the UK’s total population has had their first dose of a coronavirus vaccine.

Within the EU, only Hungary comes close to dispensing the number of doses as have been distributed in the UK.