The Taoiseach insisted that it would be a failure if the EU and UK were not able to broker a Brexit deal but BBC Andrew Marr questioned his comments. He asked: “You imply very strongly the EU is doing everything it can to get a deal and yet Boris Johnson asked for meetings with Angela Merkel in Berlin and Emmanuel Macron in Paris and then asked for phone calls with them and all of that was refused.

“We remember when your predecessor Mr Varadkar had a meeting face to face with Boris Johnson.

“This doesn’t feel like the EU is trying to get a deal.”

Mr Martin replied: “I don’t think that’s a fair assessment of the situation in terms of the Northern Ireland protocol and the withdrawal agreement.”

“The British-Irish relationship is central post-Brexit as well because I was a member of the government that brought in the Good Friday Agreement. 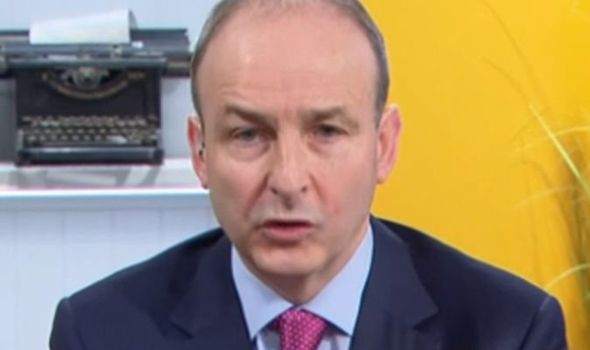 “I understand the centrality of the British-Irish relationship in terms of peace on the island of Ireland.

He said he hoped talks on a post-transition trade deal would continue beyond today if no breakthrough was achieved.

He said it would be a failure of statecraft if they were to end without agreement after 97% of issues had already been agreed.

The level playing field and fisheries are the key outstanding issues.

Mr Martin said: “Where the dialogue continues, that gives me hope.”

He said their agreement around implementing the Northern Ireland Protocol last week showed their ability to strike another on the substantive issues of a level playing field and fisheries.