BBC licence fee is not sustainable with model set for chop 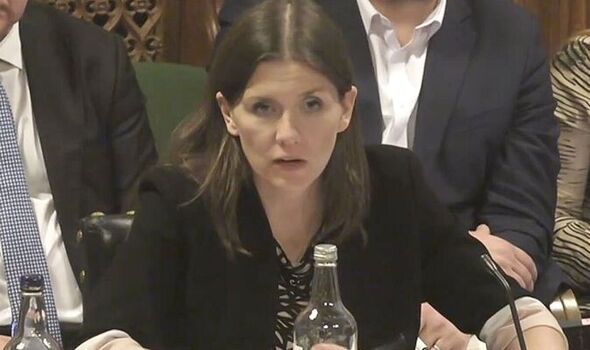 It’s “impossible” for the BBC licence fee to continue in its current form, the Culture Secretary told MPs today.

Speaking in front of the Digital, Culture, Media and Sport select committee, Michelle Donelan hailed the national broadcaster as a “fantastic institution” but warned it would need serious reform if it was to be sustainable in the long run.

There are increasing calls for ministers to ditch the licence fee with claims it is no longer suitable in an age of digital streaming.

Households are currently required to pay £159 a year to watch linear TV.

Referring to licence fee payers as “subscribers”, Ms Donelan said this afternoon: “It is undeniable that the licence fee is not a long-term, sustainable model in its own right and we know that because obviously subscription figures are going down.

“There was a blip because of the change around over-75s but it isn’t a long-term sustainable model.

“So, if we want to make the BBC sustainable we need to be honest about that and work together to make sure we safeguard it into the future.”

She added: “I think the BBC is a fantastic institution, one that we should seek to work together to protect.

“It’s part of our cultural fabric and society and we saw first-hand when our late majesty the Queen passed, just how much people relied on the BBC to allow them to mourn and come together.

“I don’t think we would have got that quality of footage had it not been for the BBC and the national broadcaster that we have.”

Earlier this year the Government announced it was launching a review to consider the future of the BBC licence fee and the feasibility of alternative models.

The BBC Royal Charter agreed in 2018 guarantees the current funding arrangement will remain in place until at least 2028.

Ms Donelan told MPs today that she was certain reform would be recommended when the review’s findings were published.

Speaking about the idea of the licence fee remaining in place, she said: “It would be impossible for the review to come back with that analysis because unless you were increasing the licence fee to a great deal per household – which would further drive down subscribers – then I can’t see how you would get to that to the figures that are required without topping up that funding somehow with another initiative.

“The answer cannot simply be continue with the licence fee if we want to protect the BBC.”