The remark was made by a member of the audience who accused the SNP leader of “pushing an agenda”. Speaking from Windsor, he said: “Look, devolution has been a roaring success.

“Here in Windsor, you know, we’re very keen on the localism agenda and we’re trying to introduce a town council here in Windsor because we believe that local people should be in charge of the local decisions – It’s a very simple message.

“The problem I have is that I remember the devolution campaign back in 96-97, and one of the main criticisms was that it would be used by the nationalists as a vehicle for launching their own independence ambitions.

“And 20 years on, we’re seeing the opportunism of the likes of Nicola Sturgeon, who are taking advantage of the situation and are pushing an agenda which is far beyond what the devolution campaign originally intended to achieve.”

The remarks sparked debate on Twitter, with viewers taking different sides on the discussion. 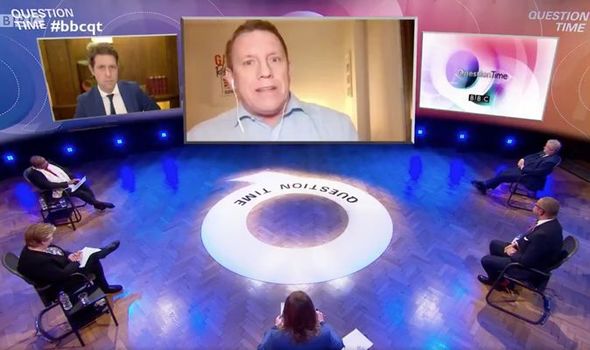 One Twitter user wrote: “True enough. We didn’t allow devolution so administrations could be different surely.

“It can only work if they all follow the same routes. I mean, look at Wales. At least they still vote for a UK party, so far.

“So it’s just the jocks being uppity again.”

Another viewer added: “And here, ladies and gentlemen, is why Scots want independence. 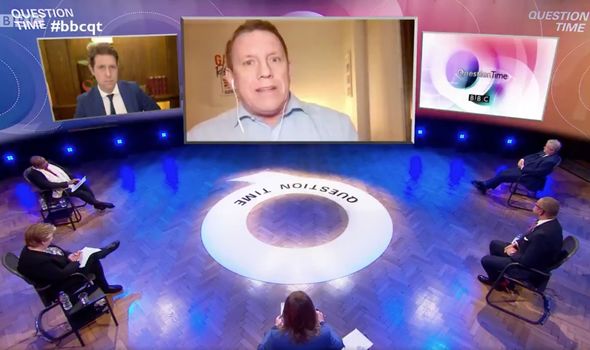 “Scotland is in a union. If one part of a union wants to leave they can. It’s not being ‘uppity’. It’s self-determination.”

A thirds person said: “For unionists, devolution only works if unionist parties run the devolved nations. Unfortunately for them, this isn’t the case.

“Despite a voting system designed to ensure that no one party dominates, SNP are voted in again and again. Could it be Scots like their policies?”

Some remained neutral, with one person saying: “Whatever anyone may think of Scottish independence, nobody can accuse them of not being clear and honest. 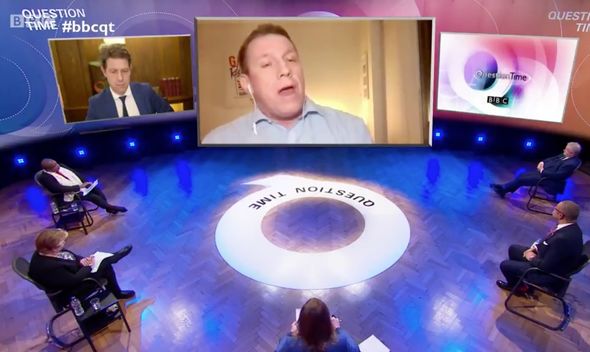 “I recall Margot MacDonald winning the Govan by election in 1973 and clearly campaigning for full independence. Anyone surprised hasn’t been listening.”

SNP Westminster leader Ian Blackford was one of the guests on the programme, discussing talking points including Prime Minister Boris Johnson’s comments on devolution.

Mr Blackford lashed out at the Prime Minister’s remarks saying they were “not just flippant remarks”. 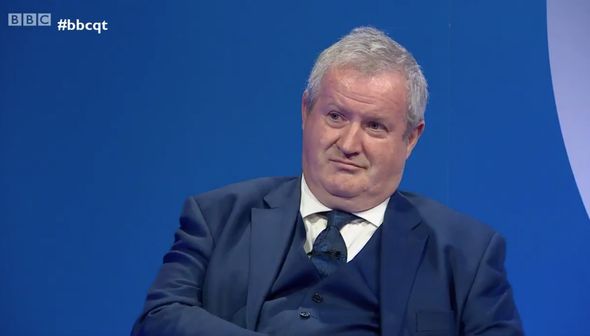 He told the Commons: “His attack on devolution wasn’t just a slip of the tongue, it was a slip of the Tory mask. The chasm between Westminster and the Scottish people has never been bigger.

“We know that these were not just flippant remarks when Scotland faces the biggest threat to devolution with the Tory power grab bill.

“The fact is Scotland has been completely ignored by Westminster. We now face an extreme Brexit, a power grab and another round of Tory cuts all being imposed against our will by a Tory Government that we didn’t vote for.

“Isn’t it the case that the real disaster facing the people of Scotland is another 20 years of Westminster Government? Isn’t clearer than ever that the only way … to protect Scotland’s interests, our Parliament and our place in Europe is for Scotland to become an independent country?”