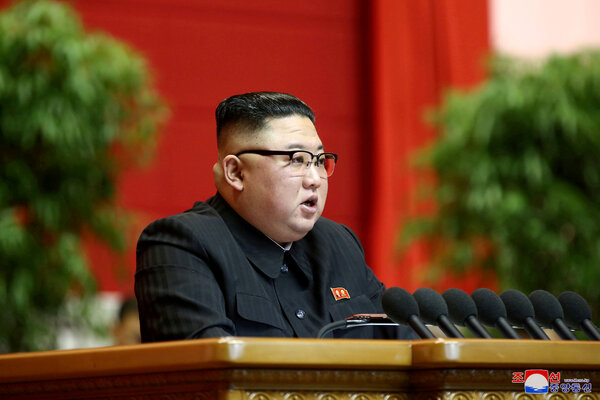 The Biden administration has tried to restart discussions with North Korea over the fate of its nuclear program, but its overtures have not been returned, the White House press secretary confirmed on Monday.

Jen Psaki, the press secretary, told reporters in an afternoon briefing that “we have reached out” to North Korean officials but have not heard back from them, confirming a Reuters report from the weekend.

“We have a series of channels, as we have always had, that we can reach out through,” Ms. Psaki said. “We also are focused on consulting with many former government officials who have been involved in North Korea policy, including from several prior administrations. We have and will continue to engage with our Japanese and South Korean allies, to solicit input, explore fresh approaches. We’ve listened carefully to their ideas.”

“Diplomacy is always our goal,” Ms. Psaki said. “Our goal is to reduce the risk of escalation. But to date, we have not received any response.”

Mr. Biden took office amid mounting threats of nuclear proliferation around the globe, including in North Korea, which has expanded its arsenal of missiles, some of which could reach the United States.

His predecessor, Donald J. Trump, cultivated a personal relationship with the North Korean leader, Kim Jong-un — including becoming the first American president in 70 years of conflict and standoff to meet personally with a North Korean head of state — in an effort to advance disarmament. Those efforts fizzled. North Korea continued to develop new weapons. A North Korean official declared last summer that hopes for peace with South Korea and the United States had “faded away into a dark nightmare.”

Mr. Biden discussed the North Korean issue early in February with South Korea’s president, Moon Jae-in, agreeing to “closely coordinate” on the matter, according to a White House readout of the call.