Biden Will End Detention for Most Pregnant and Postpartum Undocumented Immigrants

Like the president’s other immigration policies, the protections could disappear under a future administration because they are not being created through legislation. 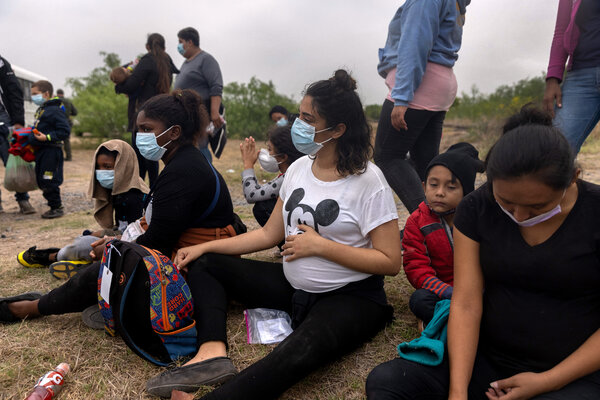 WASHINGTON — The Biden administration will ease restrictions placed on undocumented people who are pregnant, postpartum or nursing, the latest change in its broader efforts to soften immigration detention policies put in place by former President Donald J. Trump.

Under the new policy, Immigration and Customs Enforcement officers generally will not detain or arrest people who are pregnant or nursing, or who had a baby within the previous year, according to a draft of the plan shared with The New York Times and a person familiar with the policy. The language in the policy will be gender neutral, acknowledging that transgender men can give birth — another departure from past directives.

The number of pregnant immigrants in detention increased sharply under Mr. Trump, who reversed a policy put in place in 2016 by President Barack Obama that called for detaining them only under extraordinary circumstances.

Since 2016, ICE has arrested undocumented pregnant immigrants more than 4,000 times, according to internal government data shared with The Times. The number in custody has fallen more recently, partly because of measures to reduce the number of people in congregate settings who are at greater risk of contracting Covid-19. There are currently fewer than 20 such immigrants in custody, staying for an average of three days.

Immigration advocates welcomed President Biden’s new policy, which they said went even further than the 2016 version that was issued when he was vice president. But like Mr. Biden’s other immigration policies to date — all of which have been made through executive orders or directives and not codified in law — protections for undocumented pregnant and postpartum immigrants could disappear under a future administration, just as Mr. Trump rewrote Mr. Obama’s policy.

“Any change in presidential administration can materially change people’s lives, especially immigrants and folks who are kind of trying to navigate their way through the immigration system,” said Breanne J. Palmer, a lawyer with UndocuBlack Network, which advocates for current and formerly undocumented Black people in the United States.

“People who endure detention when they’re pregnant or nursing, you know, they really have very little recourse,” Ms. Palmer said.