As Democrats pursue both bipartisan infrastructure negotiations and a catch-all economic package, old divisions persist on how to fund the spending. 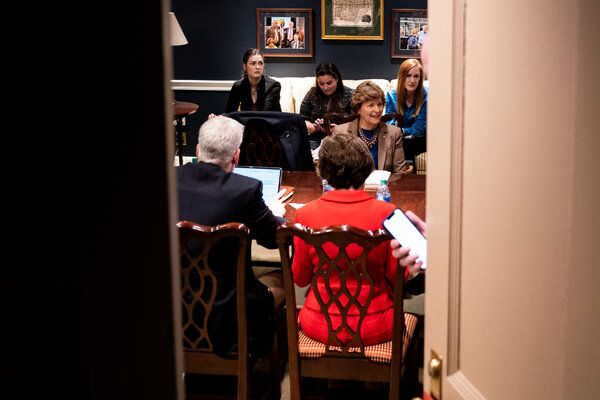 By Jim Tankersley and Emily Cochrane

WASHINGTON — President Biden’s ambitions for a large-scale investment in the nation’s aging public works system along with other parts of his economic agenda hinge on what has always been the most difficult problem for lawmakers: agreeing on how to pay for the spending.

That question has sent a group of centrist senators scrounging to find creative ways to cover nearly $600 billion in new spending that they want to include as part of a potential compromise plan to invest in roads, broadband internet, electric utilities and other federal infrastructure projects.

The White House and Republicans have ruled out entire categories of potential ways to raise revenues. The impasse has become the subject of increasingly urgent talks between a large group of Senate Democrats, Republicans, White House officials and, at times, the president himself.

Among the ideas that senators have discussed in recent days are repurposing unspent coronavirus relief funds, increasing enforcement by the I.R.S. and establishing user fees for drivers, including indexing the gas tax to inflation.

Mr. Biden dispatched aides to Capitol Hill on Tuesday for discussions that his press secretary, Jen Psaki, said yielded progress but no agreement. Top White House officials are set to meet on Wednesday evening with Senator Chuck Schumer of New York, the majority leader, and Speaker Nancy Pelosi of California. Those discussions will center on infrastructure negotiations as well as a separate effort to move a large chunk of the president’s $4 trillion economic agenda through the Senate without any Republican votes using a procedural mechanism known as reconciliation.

Democratic leaders in Congress are preparing to move a sweeping, multitrillion-dollar bill through the reconciliation process to avoid the need for Republican votes and approve spending on physical infrastructure, education, emissions reduction, child care, paid leave, antipoverty efforts and more. But centrist Democrats in the Senate — along with Mr. Biden — have said repeatedly that they want to strike a deal with Republicans on what would be a pared-down version of the president’s plan to rebuild roads, bridges and other infrastructure projects.