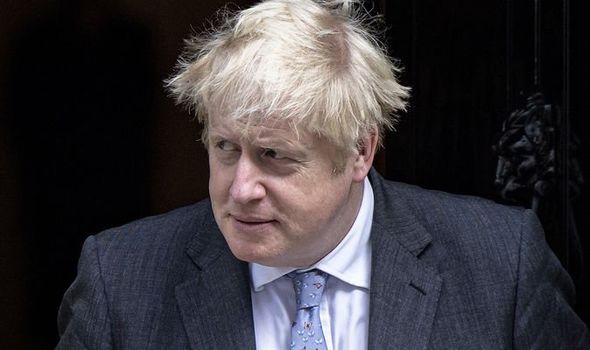 Peter Aldous, the MP for Waveney, announced he was the latest Tory writing to party officials demanding a confidence vote in Mr Johnson after civil servant Sue Gray’s report into the scandal condemned a “failure of leadership” at Number 10.

But the Prime Minister’s allies remain convinced the rebels are far short of the 54 letters needed to trigger a contest.

In a statement, Mr Aldous said: “After a great deal of soul-searching, I have reached the conclusion that the Prime Minister should resign.

“It is clear that he has no intention of doing so and I have therefore written to the chairman of the 1922 Committee of Backbench Conservative MPs, advising him that I have no confidence in the Prime Minister as Leader of the Conservative Party.

“I have never taken such action before and had hoped that I would not be put in such an invidious position.

“Whilst I am conscious that others will disagree with me, I believe that this is in the best interests of the country, the Government and the Conservative Party.”

Around 10 Tories have publicly confirmed they have written to the party’s 1922 Committee to call for a confidence vote, although some are understood to have withdrawn their letters in recent days.

In response to reports of Mr Aldous’s letter, Mr Johnson’s spokesman said: “The Prime Minister was clear in the House on his position and his message to his fellow MPs.

“You’ve seen the Prime Minister seek to address the concerns of MPs for a number of hours yesterday.”

Mr Raab said: “On the specific issues Sue Gray cited, I think he has addressed all of those questions in a fulsome way and, frankly, at the political level, my experiences in the Chamber but also at the meeting of Conservative MPs – overwhelmingly MPs backing him, wanting to see us getting on with the job.

“The economy is firing, the vaccine rollout has been a spectacular success. People, and I think our constituents, want to see us getting on with the job.”

But former Tory leader Lord Hague has said the Prime Minister “should be very worried.”

Criticising Mr Johnson’s response to the Gray report, Lord Hague said: “The Prime Minister could have got on the front foot, advancing his position on a broader front of ensuring integrity in government.

“Yet for some reason, this very intuitive politician decided to do the minimum in responding to the report rather than go further in his apology and his proposals.

“Instead of reinforcing the momentum in his favour, he quite possibly stalled it.

“If I were him, I would be very worried about the number of his own MPs who asked unhelpful questions at the end of his statement.”