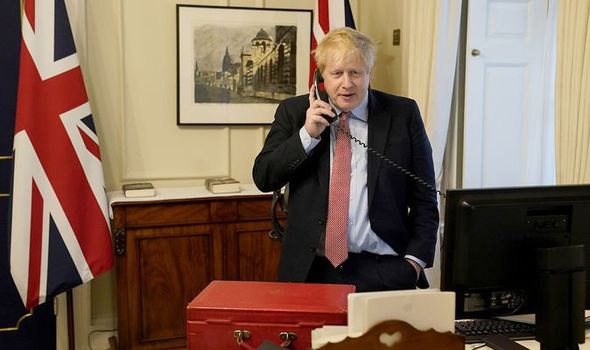 Although colleagues believe he should not rush his return for health reasons, the Cabinet is enthusiastic about Mr Johnson taking up the reins again. A ministerial source said last night: “Make no mistake, the Prime Minister is calling the shots. But he’s itching to come back full-time. The Government needs him back and the country needs him back.” News of Mr Johnson’s progress came as a further 596 coronavirus hospital deaths were announced yesterday, marking the lowest daily rise in the UK for two weeks.

The total number of fatalities climbed to 16,060 but the nation was told many parts of the country were past the peak of the epidemic.

The Prime Minister is currently recovering at Chequers after being admitted to intensive care earlier this month.

Downing Street has refused to give a date for his return and he will be guided by his doctor’s advice.

It is unlikely he will be back in No10 until next month but he could take part in a “virtual” Prime Minister’s Questions before then. 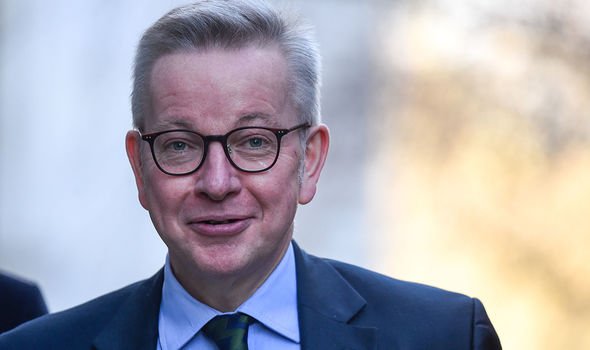 He said: “The Prime Minister is recovering well. He’s in cheerful spirits. And he had the opportunity to talk to Dominic Raab, his deputy, the First Secretary of State, on Friday.

“And the Prime Minister’s instructions to the rest of us in Government were communicated by the First Secretary of State when we had a conference call yesterday morning.”

Britain will remain in lockdown until at least May 7, but Mr Johnson is understood to want to lead the country out of the measures.

However, the PM is facing a fierce backlash over his handling of the coronavirus crisis.

He has been accused of “sleepwalking” into the pandemic, after it was reported that he missed five emergency Cobra meetings on COVID-19 in January and February.

Mr Gove branded the reports “grotesque”, insisting that Mr Johnson’s leadership throughout the crisis had been “inspirational”.

He said: “The idea that the Prime Minister skipped meetings that were vital to our response to the coronavirus, I think, is grotesque.

Mr Gove added: “His leadership has been clear. It has been inspirational at times.

“I think that actually nothing is more off beam than the suggestions the Prime Minister was anything other than energetic, determined and strong in his leadership against this virus.” Mr Gove insisted ministers had not made any decisions on when or how to ease the current lockdown restrictions.

He said: “It is the case that we are looking at all of the evidence, but we’ve set some tests which need to be passed before we can think of easing restrictions in this lockdown.

“It’s very important when we’re still in the process of making sure that we can reduce the rate of infection and also reduce the number of deaths, that we maintain the steps that we have.”

He said: “Boris Johnson is a master communicator and – however much his detractors might dispute this – a master strategic thinker.

“He alone has the authority and the gumption to get things back on track.

“It is easy to understand the qualms of Mr Johnson’s family and friends about thrusting the cares of office back upon his shoulders. Undoubtedly, such a degree of responsibility is not ideal for someone convalescing after a near-death experience. But being Prime Minister at a time of national crisis is not like any other job.

“An hour or two a day of Boris Johnson back at the helm is desperately needed, including a weekly video message to the nation that reassures us there is a plan and it is all going to be all right in the end.”

Meanwhile, Tory grandees David Davis and Iain Duncan Smith have joined Labour leader Sir Keir Starmer to call for the Government to set out what steps they will take to lead us from lockdown.

One option the Government is considering is a so-called “traffic light” system which would see the lockdown lifted in three stages over the coming months.

The red, amber and green stages of the plan would see the gradual lifting of more and more restrictions every few weeks, including the reopening of shops and businesses.