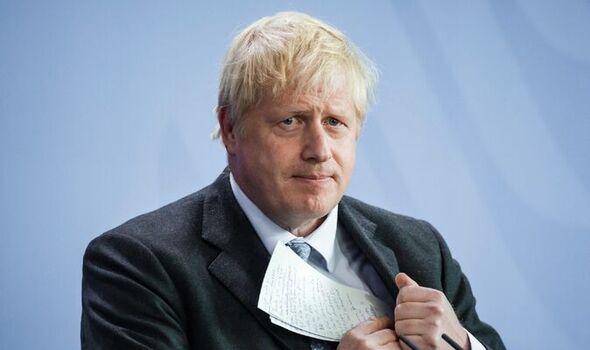 Tom Tugendhat, Foreign Affairs Committee chairman, is the latest MP to throw his hat into the ring, joining Attorney General Suella Braverman and Brexiteer Steve Baker who have suggested they will also run for high office. Mr Johnson told onlookers on Thursday that he planned to stay in his position until a successor is found by autumn but many want him to leave immediately and for Deputy Prime Minister Dominic Raab to take charge until a new leader is selected. Senior Tories have warned the Government will be left “paralysed” for months if Mr Johnson stays in Downing Street until his successor is chosen. Sir Robert Buckland, who returned to the Cabinet on Thursday as Welsh Secretary, said: “This Prime Minister no longer has the political authority to do new things.” The Prime Minister resigned on Thursday, following two days of desperate attempts to cling onto power amid a flood of nearly 60 resignations.

Replacing Boris Johnson must be done ‘properly, but quickly’

Replacing Boris Johnson as prime minister needs to be done “properly and professionally, but quickly”, according to newly appointed Education Secretary James Cleverly.

Mr Cleverly told Sky News: “I am focusing and the government is focusing on the future, which is the right thing to do and the future is about making sure we have a new prime minister and governmental team in place promptly and in the meantime continue to serve the British people.

“Everyone recognises the incentive of doing that properly and professionally, but quickly so that we can get some certainty and so the new Prime Minister, whoever that may be, can build their team and make sure they are continuing to focus on what really matters and that’s the people of this country.”

Good morning from London. I’m Tara Fair, I’ll be bringing you all the latest developments on Boris Johnson. Please feel free to get in touch with me as I work if you have a story or tips to share! Your thoughts are always welcome.