But he warned that an increased risk of transmission of the virus was “inevitable” with classrooms filling up. It comes after infections dropped to below 5,000 for the first time since September, with 4,712 confirmed cases. Another 65 Covid deaths were recorded in the UK – the second day running the number stayed below 100. The toll was last in double figures in October.

But Mr Johnson insisted education was so vital that the biggest risk now to children would be from “keeping them out of school for a day longer”.

He spoke after classes across England began the phased return of pupils. Most youngsters had not been inside the school gates since January 4.

The PM said: “This has been a big day and an emotional day for millions of families up and down the country as children see – and play with – their friends for the first time in months.

“And although I know that some will have been anxious as pupils always are on the first day of term, I also know that the overwhelming feeling is one of relief.”

He saluted parents for mastering Zoom and grappling with difficult grammar and arithmetic problems with their children.

He added: “We all know that the burden has disproportionately fallen on women, often holding down jobs and providing childcare at the same time.

“So our job now as Government is to build on your efforts. 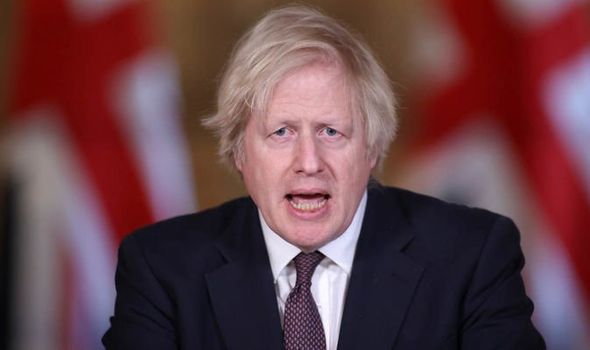 “So that from now on our schoolchildren not only catch up on lost learning but take the biggest possible step forwards with a concerted national programme for educational recovery.”

He heaped yet more praise on parents and teachers for helping to curb Covid’s spread with the “huge national effort to keep kids home”.

Speaking at a No 10 briefing, he continued: “So today we have been able to take that crucial first step on what we hope is our cautious but irreversible roadmap to freedom.”

Referring to the four-month plan to lift Covid restrictions for the nation, he said: “We must remember that today’s return to schools will of course have an impact on the spread of the virus.

“So, as we decide on the next steps and when we take them, we will be driven by the data.

“And with the number of patients being admitted to hospital with Covid each day still around eight times higher than the lows of last summer, it is more vital than ever to follow the rules. 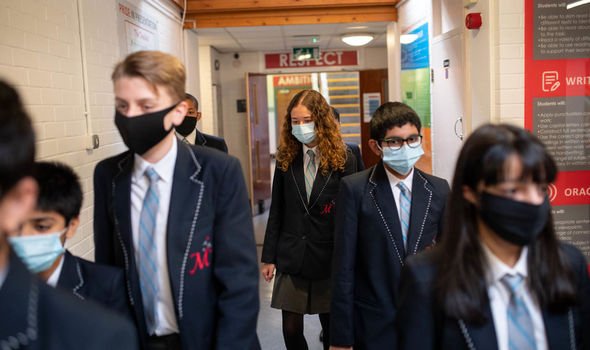 “Of course, there will be a risk of increased transmission.

“That’s inevitable if you open up schools for millions of kids across the country.

“But we think that we can do it now because we have the proportion of the population vaccinated that I described – the groups one to four, having had the immunity bedded in after least three weeks.” Dr Jenny Harries, England’s deputy chief medical officer, acknowledged that it will take time for families to get used to testing children for Covid before going to school.

She said: “I recognise that for many parents it is quite an unusual ask – before children go off to school to do a swab and test.”

Dr Harries said youngsters would never be forced to have a test – and that parents should ask if they are concerned about it. She added: “I think we can be very optimistic going forward. 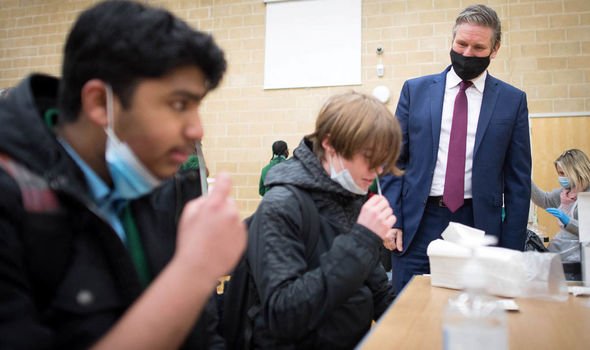 “The testing programme in schools should mean that the likelihood of a case going into a school and then numbers of children having to come out of education to isolate should be very significantly reduced.”

But she warned there could be a bumpy beginning as new Covid cases emerge.

She said: “There may be a very short period at the start of this where…a larger number of children come out of school and then it will settle down.”

And she reiterated the PM’s message to follow the rules, warning: “This is a level at which a new wave could easily take off again from.”